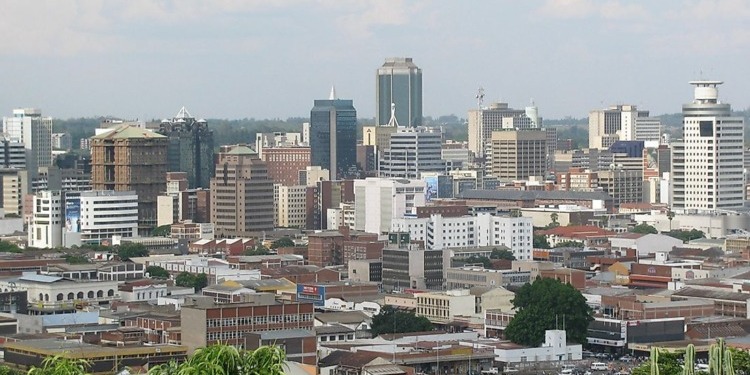 by Francis Mwema
in Africa, Countries
0
Share on FacebookShare on LinkedIn

Since 2007, South Africa has always maintained a trade surplus with Zimbabwe with the surplus widening over the review period mainly attributed to the economic instability experienced in Zimbabwe and the volatility of the South African Rand to the US dollar.

But with the violent events that unfolded in South Africa this past week continually present renewed purpose for some serious soul searching by Zimbabwe’s economic decision makers on how to model the economy out of the dependency on its neighbor to the south for raw materials and other essentials, according to the economic experts.

For Zimbabwe, which relies heavily on South Africa for trade and mainly for its imports, the cost to business could be even dire in coming weeks.

Despite Zimbabwe being a small player in South Africa’s global trade, the country in 2016 was ranked 5th and 7th most important trading partner with South Africa for exports and imports in Africa respectively.

“Our industries are exposed by the developments in South Africa,” the Confederation of Zimbabwe Industries (CZI) said.

In a graphic illustration, the industry body said, “Zimbabwe sources 58 percent of its raw materials from South Africa, with Europe at a distant second with 13 percent, China 11 percent, the rest of Asia at 8 percent, other SADC states at 7 percent and the rest of the world supplying the rest.”

During the fourth quarter of 2020, Zimbabwe’s exports were mainly destined for South Africa (44.5%), the United Arab Emirates (20.2%), Mozambique (8.7%) and other jurisdictions.

Zimbabwe is a net importer of commodities such as grain, fruits, milk, pharmaceuticals, clothing, industrial chemicals, and motor spare parts among others from South Africa.

Worryingly, most of these commodities can be locally produced but due to the significant decline in industrial activity over the years, imports have flooded the market.

Zimbabwe’s industrial output has been far from satisfactory owing to a host of challenges that includes weak capacity, antiquated machinery and low capitalization among others.

Most raw materials for local industries are sourced from South Africa owing to weak agriculture output.

This has been worsened by macro-economic imbalances such as currency volatility, high cost of production and weak consumer uptake.

“We have to get serious about South African dependency. Dependency on S.A is a challenge and could present regional contagion and we should localize production,” industrialist, Busisa Moyo told the state owned online television this week.

“A lot of our supply chains are linked closed to S.A. About 40 to 50 percent of our imports come from S.A in dollar terms that close to US$ 2 to 2.5 billion per annum in imports,” he said.

The N3 and N1 highways – all located along hotspot areas of looting in the past week link the port of Durban with Zimbabwe.

Zimbabwe’s imports from far afield the continent come through Durban as well and are transported via the N1 and N3 routes.

“We have already received notices from suppliers based in Durban and other parts of Durban that they are unable to move raw materials (due to disturbances). This is coming on the back of COVID-19 where we were trying to recover the lost ground in 2020. So this just exacerbates the economic situation. Zambia is probably in the same situation, Malawi and other surrounding countries as well,” said Moyo.

Although the economic impact of this week’s events is yet to be fully evaluated, there are fears it could worsen the already dire economic situation in both countries which are still reeling from the effects of the COVID-19 pandemic.

Millions of Children Pushed to Malnutrition by Pandemic: Research