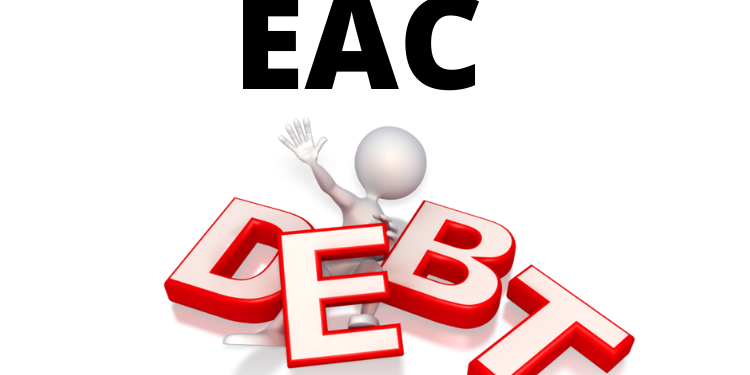 Five East Africa Community member countries have together amassed more than $100 billion in foreign and domestic debt, stretching their repayment budgets to the limit.

Kenya and Burundi have the highest loan distress profiles compared to other EAC countries with their debt -GDP ratios projected to exceed 60 per cent this year.
The International Monetary Fund (IMF) considers a 50 per cent debt to GDP ratio to be within the tolerable limit for developing economies such as the EAC members.

In its latest Regional Economic Outlook report, IMF warned that some EAC countries are already facing increased foreign exchange and refinancing risks which he advised that it is important to enhance a debt management frameworks and transparency.

Kenya’s debt-to-GDP ratio is on its way to hit 61.6 per cent at the end of this year from 60.1 per cent last year, while Burundi’s ratio is expected to climb to 63.5 per cent from 58.4 per experienced last year.

On the other hand, Rwanda’s debt-to-GDP ratio is expected to rise to 49.1 per cent from 40.7 per cent, pushing Kigali closer to the 50 per cent threshold.

With the region’s appetite for loans showing no signs of reducing, the IMF and the World Bank cautioned against the increased tendency of going for commercial loans that charge high-interest rates as opposed to concessional loans.

Since June 2019, Kenya and Tanzania’s total public debts stood at $58.1 billion and $22.5 billion respectively, with Uganda’s stock of public loans at $12 billion.
By 2018, Rwanda’s public debt was $5.4 billion having risen from $4.8 billion in 2017, according to a World Bank report released in October.

According to the global business data provider Statistica, Burundi’s national debt is currently estimated at $2.34 billion, with the total adding up to $100.34 billion in debt for the five EAC countries.

“East Africa has multiple fragile states, so domestic resource mobilisation is far below what is needed to spur investment and growth. The low domestic saving and high necessary investment are leading to persistent fiscal deficits and growing indebtedness,” said AfDB in its Economic Outlook report for East Africa (2019).