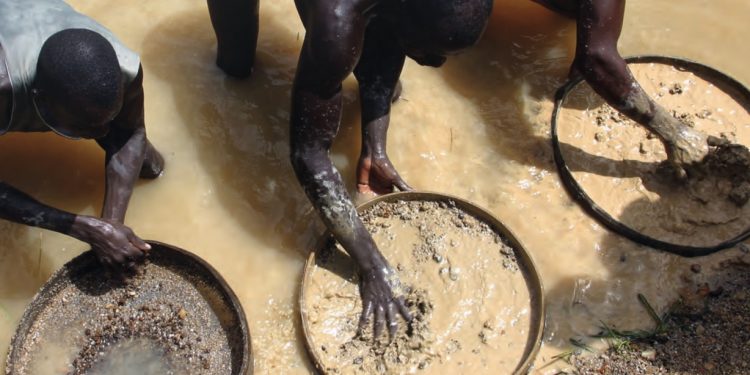 Artisanal mining in Africa. Every year, an estimated US$88.6 billion which is the equivalent of 3.7 per cent of GDP leaves the continent as illicit capital flight. [Photo/WHO]

Africa is a “net creditor to the world”

Illicit Financial Flows (IFFs) from 2000 to 2015 could comfortably clear Africa’s total external debt stock of US$770 billion in 2018.

In the 15 years of looting, the total illicit capital flight from Africa amounted to US$836 billion. This makes Africa, in the general sense, a “net creditor to the world”.

For perspective, the latest UNCTAD’s Economic Development in Africa Report 2020, the looted resources surpassed the total debt Africa owed in 2018 by US$66 billion.

Read: Starting Out Investments in Real Estate- How to release Equity

The report highlights that every year, an estimated US$88.6 billion which is the equivalent of 3.7 per cent of Africa’s GDP, leaves the continent as illicit capital flight.

Interestingly, these outflows are nearly as much as the combined total annual inflows of official development assistance, valued at US$48 billion, and yearly foreign direct investment, pegged at US$54 billion, received by African countries – the average for 2013 to 2015.

The outflows include illicit capital flight, tax and commercial practices like mis-invoicing of trade shipments and criminal activities such as illegal markets, corruption or theft.

These illegalities are not exclusively monetary but there are those related to the export of extractive commodities estimated at US$40 billion in 2015 and which form the largest component of illicit capital flight from Africa.

Although estimates of IFFs are large, they likely understate the problem and its impact.

The report notes that IFFs are a major drain on capital and revenues in Africa which undermines productive capacity and Africa’s prospects for achieving the Sustainable Development Goals (SDGs).

The irony is that Africa will not be able to bridge the large financing gap to achieve the SDGs, estimated at US$200 billion per year, with existing government revenues and development assistance.

An example is Sierra Leone which has one of the highest under-five mortality rates on the continent at 105 per 1,000 live births as of 2018. On the flipside, curbing capital flight and investing a constant share of revenues in public health could save an additional 2,322 of the 258,000 children born in the country annually.

In Africa, IFFs originate mainly from extractive industries and are therefore associated with poor environmental outcomes.

The report shows that curbing illicit capital flight could generate enough capital by 2030 to finance almost 50 per cent of the US$2.4 trillion needed by sub-Saharan African countries for climate change adaptation and mitigation.

While IFFs in Africa are not endemic to specific countries, they are in certain high-value, low-weight commodities across the continent.

Of the estimated US$40 billion of IFFs derived from extractive commodities in 2015, 77 per cent were concentrated in the gold supply chain, followed by diamonds (12 per cent) and platinum (6 per cent).

IFFs are a major constraint to domestic resource mobilization in Africa but African governments are not yet sufficiently engaging in the reform of the international taxation system.

Transparency and cooperation between tax administrations globally and within the continent are key to the fight against tax evasion and tax avoidance.

Since tax revenues lost to IFFs are especially costly for Africa, beneficiaries who are spread out across the globe should be made accountable with the help of the international systems.

The report shows that Africa lost an estimated US$9.6 billion to tax havens in 2014 which is equivalent to 2.5 per cent of total tax revenue.

Tax evasion is at the core of the world’s shadow financial system. Commercial IFFs are often linked to tax avoidance or evasion strategies, designed to shift profits to lower-tax jurisdictions.

UNCTAD notes that solutions to the problem must involve international tax cooperation and anti-corruption measures. The international community should devote more resources to tackle IFFs, including capacity-building for tax and customs authorities in developing countries.

On the other hand, African countries need to strengthen engagement in international taxation reform, make tax competition consistent with protocols of the AfCFTA and aim for more taxing rights.

Cooperatives in Uganda to benefit from Stanbic skills centre