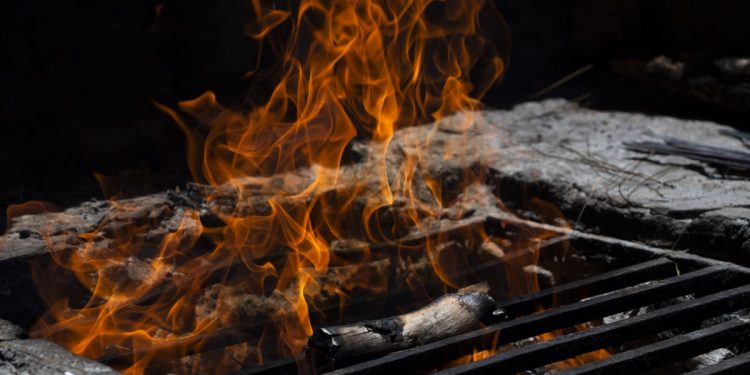 A wood fire. Africa still has a long way to go in terms of clean energy and universal electricity access.

Africa can adopt renewable energy generation to power the continent.

To achieve this universal access to energy, the continent does not have to rely on dirty power to grow its economies across the multifaceted sectors.

As of 2010, 80 per cent of Africans relied on biomass energy especially in Sub-Saharan Africa (SSA) according to the World Bank. This population relied on wood, crop and animal residues to meeting their household needs- mainly cooking.

Nothing much has changed to improve this statistic with only a slight improvement to 65 per cent still relying on wood fuel for cooking by 2050.

Last year, the UN Environment Programme (UNEP) launched a report showing that urgent action is needed to address the consumption of biomass as a source of energy in Africa.

With pollution of the environment through degrading practices leading to increased greenhouse gases which has a domino effect on the economic sectors across the globe, Africa can adopt renewable energy generation as the direction to power the continent.

The study conducted by UNEP in collaboration with the African Union Commission (AUC) found that biomass (firewood and charcoal) production in Africa accounted for 90 per cent of round-wood production in 2016. 16 per cent of this was converted to charcoal.

“In a region where deforestation and land degradation is high and progress towards achieving universal access to energy is still slow, African governments need to pay special attention to the sustainable management of biomass as a source of energy,” said Juliette Biao Koudenoukpo, UNEP’s Regional Director for Africa.

The study suggests that for African countries to achieve global energy goals by 2030, governments have to address biomass energy use to minimise the negative effect it has on human health and the environment.

“While renewable energy is advancing rapidly thanks to effort and investment, urgent action is required to address wood fuel use in the region. This is critical to meeting global energy goals by 2030 and ensuring the health of humans and forests in Africa,” Dr Amani Abou-Zeid, the Commissioner for Infrastructure and Energy African Union Commission.

According to the African Union Development Agency-New Partnership for Africa’s Development (AUDA-NEPAD), the continent needs an estimated US$188 billion to build modern energy infrastructure and meet the continental demand for power, the main driver of economic emancipation.

As the continent is seeking alternative energy sources through solar, biofuels and other forms, there is a need for commitment to develop and modernise the infrastructure and enhance the transformation lives of more than 3 billion inhabitants.

In place, already, are several hydropower generation projects in most African states which seek to improve the access to electricity.

The AUDA-NEPAD notes that about 430 energy projects across Africa need to be upgraded or developed since the continent has the capacity to raise the resources needed for this development.

Due to the dependence on biomass for fuel, the World Bank launched the Biomass Energy Initiative for Africa (BEIA) in 2010.

In addition to eight other local initiatives, the BEIA was funded under the Africa Renewable Energy Access Program (AFREA).

However, research conducted in Uganda last year found that there were barriers to adopting clean cooking mechanisms with improved cookstoves being perceived as a luxury.

The stoves were seemingly only affordable to high-income households in cities yet some of them cost than US$10.

What the World Bank realised in this study is that there were misconceptions about the shift from the traditional methods of consuming biomass to improved technologies.

While these challenges are not unique to Uganda, they resonate in many other parts of the continent where a majority live on less than US$ 2 per day. Affording improved cooking technologies thus becomes a luxury.

Just like with the World Bank in 2010, UNEP proposes detailed technical and policy options at all levels.

African countries are to increase investment in innovation and research and development in biomass technologies, develop regional energy and cooking fuel policies and strategies that can be customized at national levels while institutionalizing sustainable forest management and increasing energy plantations and yield. There should also be improved woodstove efficiency and harmonise trade and regional charcoal strategies.

The decade late proposal by UNEP is nothing new and more needs to be done to ensure that Africa lunges forward in terms of clean energy generation and consumption.

Unless the governments proactively take the hard stance on clean energy investments, the cycle of inaction or lethargy in policy adoption will continue.

How does Africa become carbon-free by 2050?

It is an enormous task to transition 80 per cent of Africans from using biomass energy to clean energy since the fuel source is readily available.

With this challenge, the continent has to adopt policies to aggressively provide clean energy for its citizens.

To ensure that clean energy becomes available for many more Africans, the IFC has arranged more than US$3 billion in financing for infrastructure projects in sub-Saharan African in the last three year.

This includes large-scale power investments with solar, wind and efficient energy generation to new markets across the continent.

In Cote d’Ivoire, for instance, the IFC helped the country generate power more efficiently with an upgraded gas-fired power plant.

The IFC-led financing is also helping countries scale up renewable energy technologies like the large-scale Khi, Kaxu and Xina Solar One concentrated solar power plants and the Amakhala wind project in South Africa which is helping the country diversify its energy mix away from coal.

Under the World Bank Group’s Scaling Solar initiative, other countries in Africa are building on South Africa’s momentum by offering integrated packages that aim to reduce the time it takes to deliver solar installations to the market, stimulate competition, and lower tariffs to customers.

The IFC’s US$150 million InfraVentures fund can support early-stage infrastructure projects in frontier regions, where private sector investors may be hesitant to join.

The Kenié hydropower plant in Mali, with InfraVentures support, is expected to boost the West African country’s energy capacity by more than 10 per cent.

The Bretton Wood Institution has organized financing for Off Grid Electric, a company in Tanzania that provides power to homes in a “solar as a service” model. Using mobile payment technology, Off Grid Electric allows people to pre-pay for energy just as they would for using a cell phone. IFC’s financing will provide the working capital the company needs to connect about 100,000 homes.

With more affordable equipment to generate clean energy, the continent could just transition to clean energy sooner since offerings like M-Kopa in Kenya continue selling their products which reach those not connected to the main grids.