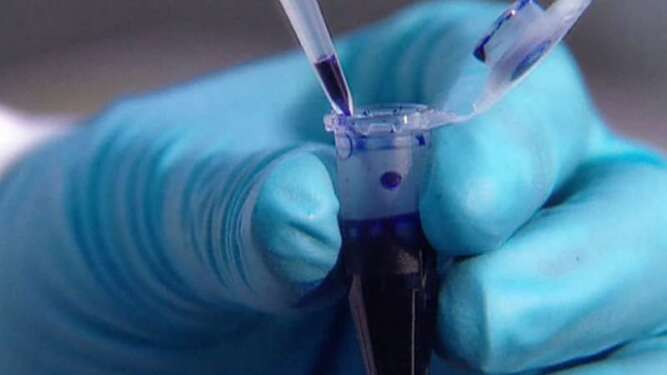 Nanotechnology is among the frontier technologies that take advantage of digitalization and connectivity which enable them to combine to multiply their impacts. [Photo/Britannica]

The emergence of the coronavirus pandemic in December 2019 was a silver lining for Africa’s internet economy.

With people turning to e-commerce following the shutdowns occasioned by Covid-19, Africa’s digital transformation accelerated creating decent and resilient digital jobs for the millions affected by the disruption.

The advent of the 4th Industrial Revolution (4IR) has led to hitherto unseen explosions of excellence popping all over the continent which is heralding a shift from the begging bowl norm to creators of change and their own sustenance.

Read: Africa’s agribusiness sector to be boosted by technological innovation

That Africa is not short of talent is a fact that has often been overlooked due to stereotypes that have been perpetuated for decades due to dependence on foreign aid which eroded the confidence of many. With Africa being majorly youthful, 4IR could be just what the continent needed to shift from the analogue way of doing things to.

Recent developments have shown that frontier technologies including artificial intelligence, robotics and biotechnology have tremendous potential for sustainable development.

This means that the global economy is best placed to tap into these technologies to improve and get better service delivery. Despite the myriad advantages offered by these developments, the downside is that there is a huge risk of increasing inequalities by exacerbating and creating new digital divides between the technology haves and have-nots.

The latest UNCTAD Technology and Innovation Report 2021 which examines the likelihood of frontier technologies widening existing inequalities and creating new ones shows that many countries, especially the least developed ones and those in sub-Saharan Africa, are unprepared to equitably use, adopt and adapt to the ongoing technological revolution. This could have serious implications for achieving the Sustainable Development Goals (SDGs).

In preparation for a period of deep and rapid technological change, the report urges all developing nations to pursue science, technology and innovation policies appropriate to their development stage and economic, social and environmental conditions since the technological advancements will profoundly affect markets and societies.

In response to the inequalities, governments can to some extent mitigate them within countries through progressive taxation on incomes or wealth, or on income from capital.

They can also make services such as education freely available to all. Governments can also increase social transfers, such as unemployment benefits, which reduce the risk of people falling into poverty. And in the workplace, these actions can be complemented by those of stronger trade unions which help to increase wages.

Reducing income inequality between countries will mean harnessing technology and trade for structural transformation. If developing countries are to create economies that offer their people better-paid jobs they will have to take advantage of the new technological paradigm. Developing countries, and whole continents such as Africa, cannot afford to miss this new wave of technological change.

The “frontier technologies” are a group of new technologies that take advantage of digitalization and connectivity which enable them to combine to multiply their impacts. They include artificial intelligence (AI), the Internet of things (IoT), big data, blockchain, 5G, 3D printing, robotics, drones, gene editing, nanotechnology and solar photovoltaic (Solar PV).

Nowadays, a major concern is that AI and robotics will reduce employment. Since the onset of the industrial revolution workers have expected new technologies to destroy jobs.

Generally, this has not happened and new technologies have instead tended to create more jobs, and of different kinds. But for frontier technologies, the situation could be different because the changes are coming so quickly they could outpace the capacity of societies to respond.

Previously, many jobs were considered safe because it was difficult to teach computers how to perform them.

Now, however, computers can often teach themselves.

While some jobs will disappear, others will emerge – such as those requiring empathy, ethical judgements, inventiveness, managing unpredictable changes, or making decisions based on understanding tacit messages – all of which have to be carried out by humans.

Predictions on job losses are typically based on technological feasibility, but the more important factors are often economic. Even when it is technologically feasible, capital may not replace labour; much depends on relative prices. At the same time, the overall demand for labour could be increased by macroeconomic effects.

Another concern for developing countries is that multinational enterprises could take advantage of frontier technologies to keep production at home – or to reshore manufacturing that had previously been moved overseas.

This process could slow the shift of traditional industries such as garments, footwear, and low-tech electronics from China to less-industrialized countries in Asia and Africa.

The feasibility of reshoring does, however, depend on many other factors, including ownership, and the scale of production, and the country’s position in the supply chain. It may also make more sense to keep production in developing countries that have growing populations and expanding middle classes which offer prospects of growing markets.

There is also a fear that the widespread adoption of frontier technologies in developed countries will reduce the labour-cost competitiveness of today’s less industrialized economies in Asia and Africa, increase the technological gaps between them and developed countries – make it more difficult to catch up, diversify their economies, and create jobs.

In the past, countries like China, Mexico, Brazil, and a handful of Asian countries moved up the income ladder by transferring labour and capital from relatively lower-productivity agriculture to higher productivity manufacturing and services. The fear now is that frontier technologies and Industry 4.0 will upend these traditional development processes, making a difficult journey even harder.

Many frontier technologies rely on steady, high-speed fixed Internet connections, such as fibre optic cable, or on high-speed mobile connections. In the case of broadband, many developing countries do not have adequate digital infrastructure, and for most of their people, Internet costs are prohibitive.

Almost half of the world’s population remains offline and there are huge regional, gender and other divides.

Technical advances mean that Africa is best placed to reap from the opportunities offered by this growth. To better prepare for this, education and training institutions in Africa should give more emphasis to STEM subjects, with enhanced public-private sector collaboration to ensure that skill development is in tune with labour market needs.

With a workforce that is unprepared for the digital age, Africa’s economies will fall further behind in global competitiveness.

At the same time, new technologies offer opportunities for Africa to innovate and leapfrog in education and training, and many countries, including Kenya, South Africa, and Uganda are hotspots of education innovation.

The ability to leverage technology to boost the quality of education will become increasingly important as population growth strains education infrastructure and resources.