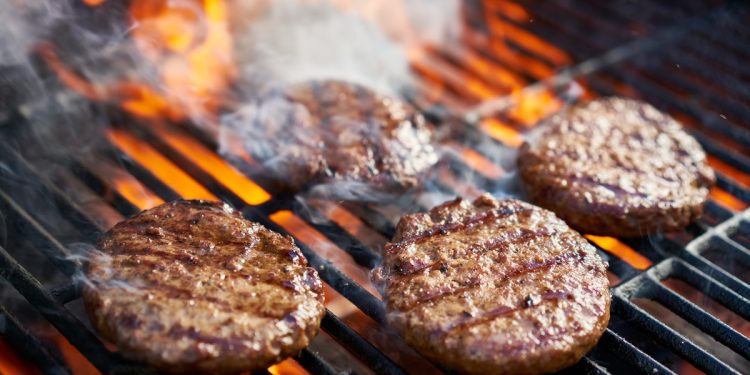 The innovation in the meat alternative industry and growing climate change awareness have joined to create a revolutionary and explosive market, with South Africa being an early pioneer

The innovation in the meat alternative industry and growing climate change awareness have joined to create a revolutionary and explosive market, with South Africa being an early pioneer.

Scientists of Mzansi Meat in Capetown, South Africa, are working at the BioCiTi laboratory to use stem cells to grow something they call – meat you can eat. They are creating substances with a high protein content to replace animal flesh as food that tastes as good as animal meat.

In another station Durban, production workers are processing and packaging thousands of sausages, mince, and burger patties in the Fry Family Food Co. factory, made by mixing soybeans, wheat, rice and quinoa into meat-tasting products to be exported to over 18 nations globally.

According to Statista, the plant-based meat market is projected to be over US$7 billion globally as of 2022 and is growing at an extraordinary rate, estimated to reach almost US$17 billion by 2026.

South Africa has become a pioneer in the meat alternative industry that has attracted global brands, including Impossible Foods and listed companies such as Beyond Meat, as household names in many countries.

Fry Family Food Co. has become a global brand, but its initial aim was based on the sentiment and moral choice around the consumption of animals.

“Ten years ago, I was going to retailers with my veggie burgers and nuggets… and now we are being approached by the meat industry,” says Brett Thompson, who formerly worked for Fry’s, and now is the founder and CEO of Mzansi Meat.

“Our products spoke to local consumers who were fasting for religious reasons,” says Genevieve Cutt, a worker at LIVEKINDLY Collective.

Cutts further explains that they seek to create a product that offers meat’s taste, texture, protein content, and versatility. They focus on preserving animal ethics and religious or cultural practices.

The flexitarian market is much larger than that of ethically motivated vegetarians, and this market is propelling the growth behind the meat alternatives.

Flexitarianism, also known as semi-vegetarianism, is the inflexible adherence to a primarily vegetarian diet, with the occasional inclusion of meats.

The accessibility, pricing and quality of vegan products are fostering the growth of the flexitarian market – and it is a unique success story for capitalism.

The removal of meat from the diet while offering meat alternatives has not been available to much of the world’s population. The existing alternatives have not readily available and have been often expensive, making the industry unable to attract a sustainable customer base that did not have a pre-existing moral aversion to consuming meat.

“When more alternatives are offered into the market, people are made aware of them, and they become price competitive, people will adopt more and more,” says Brett Thompson. “Indeed, this idea seems to have borne fruit; the catalyst of the meat alternative market – what some in the industry term “Meat 2.0″ – has its origins in the targeting of the flexitarian market.”

According to Euromonitor, increase in awareness of the effects of animal husbandry on climate change and the health concerns, some 42 per cent of global consumers identify themselves as flexitarians, in clear contrast with 4 per cent and 6 per cent of vegans and vegetarians, respectively.

Joint 2020 research by Nielsen and Knorr estimated some 100,000 vegans in South Africa. On the contrary, vegans were not the primary consumers of meat alternative products.

“In the last ten years, this has shifted radically – the idea of plant-based living is a lot more mainstream, and being a flexitarian is widely accepted,” says Genevieve Cutts.

Data from South African retailers indicate that 80 per cent of their meat-alternative products are being sold to non-vegetarians and non-vegans.

“When plant-based alternatives are cheaper and taste the same as meat, it’s a game-changer,” says Donovan Will, the director ProVeg International in South Africa.

Routine visitors to Vegan and vegetarian restaurants reflect. Many customers are occasionally consuming meat while working towards a reduced meat diet.

Meat alternatives can help avoid chronic diseases that require a lot of green consumption, such as diabetes. Millions worldwide are actively eating less meat to promote their health situations. Critically, the ease of promoting health will be driven by the availability of the supply of meat-alternative products that are readily obtainable, relatively cost-effective, and perhaps most importantly, appealing in taste.

Nicolas Joseph, the Hudsons The Burger Joint manager, says that many people are trying their vegan burgers because of their health. The response that they often get is ‘this is phenomenal, it doesn’t taste vegan, it’s so close to meat’.”

“It’s much easier just to get them to eat a nugget that tastes like chicken, and the conversation afterwards is completely different.”

This sentiment pushed Thompson, who previously worked at the Fry Family Food Company and digressed multiple avenues of creating plant-based meat alternatives, to examine the other, newer sibling of the plant-based meat-alternative market: cultivated meats.

The first cultured meat patty produced as a proof of concept was demonstrated by Dutch pharmacologist and professor Mark Post in 2013, generated through cell cultures similar to stem cell therapies in a process known as cellular agriculture.

While the single patty is projected to have cost more than €250,000 ( US$270,740) to produce, it spearheaded technology that will someday allow for no-kill meat to be mass-produced, which could revolutionalize the future of food.

Mzansi Meat represents a similar means of approaching plant-based meat alternatives as a sequential solution to environmental damage challenges from animal husbandry and food security for the future. The company is positioned along with many of its global work-alikes to take advantage of an identical boom that the plant-based meat-alternative market has seen, having recently secured venture capital funding to continue development and bring its products from the laboratory out onto the table.

Internationally, the cultivated meat industry is in its infancy in comparison to plant-based alternatives, with an estimated current market cap of US$100 million, projected to grow to about US$13 billion by 2030.

Increasing awareness of risks posed by climate change has been growing. Research by the Pew Research Center in 2018 indicates that most people view global climate change as a threat to their countries.

The awareness brings forth a growing knowledge of the impact of animal product consumption. The exclusion of meat and dairy products is the single most effective method of reducing an individual’s environmental impact. Agriculture is also in the spotlight as a primary contributor to global warming. Without meat and dairy consumption, the entire world’s agricultural land use could be reduced by 75 per cent.

This, however, is not realistic. It highlights the importance of reduced meat and dairy products consumption to protect the planet against climate change.

The meat-alternative market is taking advantage of climate change awareness, and the messaging has changed accordingly, particularly as these products enter the mainstream.

“We can see what many brands’ marketing strategies are – they used to market just to vegans and vegetarians – why not advertise it to everyone and call it the healthy burger?” says Will.

“Now, when non-vegans try some of the products on the market, they are surprised by the quality, they say ‘this is amazing and can’t believe it’s plant-based and environmentally friendly.”

Indeed, this shift in messaging is reflected in the advertisements of large retailers introducing meat-alternative products.

South Africans are listening – recent research conducted by animal advocacy group Credence Institute indicates that as of 2021, over half of the population sampled were willing to try both plant-based and cultivated meat alternatives.

The changes in messaging are a clear reflection of market growth as well.

Fry Family Food Co. partnered with the LIVEKINDLY Collective demonstrating not only the worth of the South African market but the value of South African meat- alternatives to the global market, with Fry’s products now being sold worldwide.

A similar partnership between LIVEKINDLY and one of the largest traditional meat manufacturers, RCL foods – commonly known as Rainbow Chicken Ltd – was approved by the Competition Commission last year and is a clear indicator that the more normative meat manufacturers are waking up to the potential of the meat-alternative market.

“Over the years, it has been exciting to watch the market shift according to consumer demand and food trends,” says Tammy Fry, Co-Founder of Fry Family Food Co.

“We are seeing many retailers recognize the importance of plant-based offerings locally and in other markets… if the products are good, well-priced and easily accessible, they will continue to make this choice: fundamentally shifting their buying habits.”

The scientists in the Cape Town lab must continue to innovate and put food on the table.