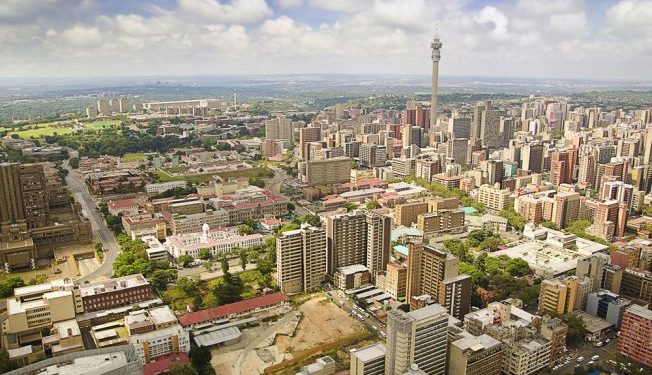 Africa is placing more investment in building sustainable infrastructures for attaining inclusive and stable growth: Photo by Wanted in Africa

In East Africa, Kenya and Tanzania are building standard gauge railway to enhance the quality of infrastructure in Africa

Infrastructure in Africa is key to the continent’s development and the resultant economic growth. Strategic infrastructure could transform economies and productivity by enabling high outputs from manufacturing to services.

The African Development Bank (AfDB) pointed out that investment in infrastructure accounts for over half of the recent improvement in economic growth in Africa and has the potential to achieve even more.

On the other end of the table, McKinsey and Company, a global management firm, argues that most of Africa lags the rest of the world in coverage of crucial infrastructure classes, including energy, road and rail transportation, and water infrastructure.

The firm noted analyses, taking electricity as an example, entire communities across large swathes of Africa are not connected to the grid.

The infrastructure gap in the region is felt every day in the most crucial fields that affect people’s lives. For instance, in Sub-saharan Africa, the number of people without access to electricity increased in 2020 for the first time since 2013 (IEA).

Further, the IEA pointed out that Sub-Saharan Africa’s share of the global population without access to electricity rose to 77 per cent from 74 per cent before the pandemic.

Why does infrastructure matter?

In the Horn of Africa, the role of infrastructure has become instrumental in changing agriculture, manufacturing and services operations.

According to the World Bank (WB), there has been a notable expansion in the geographic reach of infrastructure networks across these regions during the last 20 years.

The fundamental aspect of boosting infrastructure development, both existing and new plans, is essential. In the Horn of Africa, Somalia will benefit the most from the transport and combined energy and transport investments. The new road corridors will vastly increase its access to more significant regional markets and lead to essential price reductions for goods exchanged in the region.

However, a new perspective is seen when numbers are set on the table, transforming the entire infrastructure economy landscape.

Somalia’s annual real income is predicted to increase by 1.4 per cent from the transport investments, by 6.2 per cent when combined with significant electricity improvements, and by 10 per cent when border delays are reduced.

The entire continent has been rallying behind sound infrastructure investments that complement the economy. Most infrastructure projects in the region have become well noted for their complex structures and impacts, whereby Mckinsey argued for the latter to be “Africa’s infrastructure paradox”.

The latter is the scenario whereby there is funding, a large pipeline, and a need for spending, but not enough money is being spent (Mckinsey).

The firm noted that selection of low-impact projects, weak feasibility study and business plan, delays in obtaining licenses, approvals and permits, and poor delivery of the program are some of the bottlenecks facing the infrastructure sector across Africa.

However, the regional governments can revert the situation and development institutions and private investors’ abilities to unlock the infrastructure potential. One of the critical angles to open-up infrastructure opportunities is attracting private-sector financing—by leveraging projects with commercial viability and low political and currency risks.

Reallocation of government financing is essential in unlocking infrastructure potential. It eliminates the crowding out of private-sector funding, as government investing in most commercially viable assets is crucial to those with lower returns (Mckinsey).

Tanzania is one of the nations that leverages its internal revenue to fund its projects, including iconic bridges in the nation’s commercial capital and several roads, buildings and facilities across the country.

Kenya is another excellent example of a solution offered by Mckinsey as the government prioritised investment in municipal infrastructure as part of a drive to provide 500,000 new affordable housing units in five years.

It is vital to highlight instrumental efforts made by African governments to complement the infrastructure economy in the region. Several nations are not only updating the existing infrastructures, such as the Standard Gauge Railway (SGR) in Tanzania. Other African governments are setting up new state-of-the-art structures, such as the new capital city in Egypt.

Africa is seriously attempting to transform its economy, and productivity and infrastructure investment is one of the critical channels through which the region’s governments and investors dwell.

Dangote oil refinery in Nigeria brings the best out of Africa as it stands to be the world’s largest single oil refinery.  The necessary facility will have a capacity of 650,000 barrels per day, boosting economic growth and creating thousands of jobs (Construct Africa).

The refinery project’s estimated cost is US$14 billion, and when complete, the refinery and petrochemical complex will account for half of Aliko Dangote’s vast assets, Africa’s richest man. The project is also expected to increase Nigeria’s oil exports and decrease reliance on petroleum product imports.

Miles away from Nigeria, the Grand Inga Dam is the world’s largest proposed hydropower project built on the Congo River in the Democratic Republic of the Congo. According to Construct Africa, the project is the cornerstone of the nations in pumping out adequate power and enhancing the region’s energy capacity.

“The project is expected to generate 40,000 MW of power, enough to power nearly half of the continent and is nearly twice as large as China’s Three Gorges Dam. It is estimated that approximately $80 billion will be required to complete the project. This will entail the installation of transmission lines across the continent,” according to Construct Africa.

The Kenyan Standard Gauge Railway is argued to be one of Africa’s largest and most ambitious transportation infrastructure projects, worth $9.9 billion to build a 969 Kilometer railway from Mombasa to Malaba.

Africa demonstrates enough capacity to execute low-impact and scalable infrastructure projects over time and space. Undoubtedly, by the next decade, the region will be in a much better place economically.