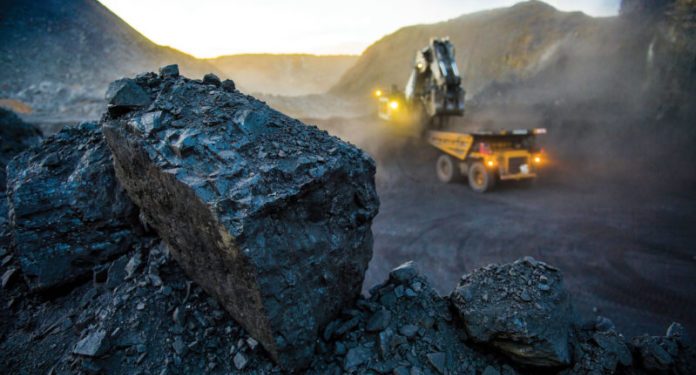 According to Thungela Resources, a leading South African coal exporter, coal sales from South Africa to Europe rose eight-fold during the first six months of 2022 compared with last year as demand for the fossil fuel surged ahead of a ban on Russian coal.

According to an article by Africa News dated August 16, 2022, European countries, which previously imported 45 per cent of their coal from Russia and have been switching away from expensive natural gas to coal, ahead of the ban, started to source the fossil fuel from other countries. That includes Colombia, Australia, the United States, and South Africa.

The Netherlands, Germany, Poland, Denmark, France, Italy, and Ukraine are among the European countries which were importing growing quantities of coal from South Africa. Thungela Resources said Europe was competing with Asia for South African coal.

In the first five months of 2022, European countries imported more than 3 million tonnes of coal from South Africa. This is over 40 per cent more than the total volume recorded last year.

According to an article by Euractiv published June 15, 2022, the Netherlands received no coal from RBCT in February but imported 1.27 million tonnes of coal from the terminal in March, April, and May, with volumes increasing each month. It was the fourth top recipient of RBCT coal, accounting for 5.76 per cent of total volumes.

France’s coal imports from RBCT jumped nearly seven-fold, from just 68,005 tonnes over the whole of last year to 464,432 tonnes so far this year.

Japan, which has also said it would ban Russian coal imports, received 388,249 tonnes of coal from RBCT since January, nearly double the tonnage it bought last year.

China, the third biggest importer of coal from RBCT in 2021 with 6.09 million tonnes, did not receive any coal from the terminal this year, the figures showed, reflecting China’s increased imports of Russian coal.

The European Union banned Russian coal imports in response to the invasion of Ukraine in April but it was not until 10 August that the ban fully took effect as part of the wide-ranging sanctions.

In an article published on August 10, 2022, Reuters said the end of a four-month wind-down period for existing contracts would activate the EU’s first ban on energy imports from Russia since the start of what the Kremlin calls a “special military operation” on February 24, 2022.

“The 10th of August is the end of the wind-down period for the import of Russian coal and no further exemption will apply,” a spokesperson for the European Commission said.

The EU executive said the ban will hit Russia hard because the 27-nation bloc is its biggest coal-trading partner, resulting in revenue losses for the country of around 8 billion euros (US$8.3 billion) a year.

However, the EU itself will struggle to adapt. Commission data shows it has depended on Russia for around 45 per cent of its coal imports, with Germany, Poland, and the Netherlands the biggest buyers. According to the Brussels-based think tank Bruegel, almost 70 per cent of its thermal coal, which is used in power and heat generation, has come from Russia.

The ban on Russian coal imports will further strain coal supplies and force European consumers to look elsewhere at a time when there is already concern about dwindling supplies of Russian gas and a severe energy crunch in the winter.

According to an article by Africa News published May 26, 2022, as Europe takes action to reduce imports of Russian gas, the continent’s leaders have been looking to Africa as an alternative energy supplier. New deals have been signed with Algeria, Angola, Congo, Nigeria, and others are thought to be on the way.

In a related article by AFP dated April 21, 2022, Italy penned a deal with Angola to ramp up gas supplies from the southern African country as it urgently scrambles to break away from Russian gas over the Ukraine war.

“Today we have reached another important agreement with Angola to increase gas supplies,” Foreign Minister Luigi Di Maio said in a statement.

“Italy’s commitment to differentiate energy supply sources is confirmed,” said Di Maio at the end of a two-and-half-hour long visit to Luanda.

“We do not want to depend on Russian gas any longer because economic dependence must not become political subjection,” he said in an interview.

“Diversification is possible and can be implemented in a relatively short amount of time, quicker than we imagined just a month ago,” he said.

Meanwhile, the UK cut import taxes from developing African countries. According to an article by The Zimbabwean Mail dated August 17, 2022, the Developing Countries Trading Scheme (DCTS) applies to 65 developing countries, offering lower tariffs and simpler rules of origin requirements for exporting to the UK to help in growing the economies of the developing nations. It also removes some seasonal tariffs for goods that can’t be produced or can’t be grown in the UK at certain times of the year. The DCTS will come into force in early 2023.

Countries qualify for the DCTS if they are within the UN’s least developed country framework or the World Bank’s measure of low-income and lower-middle-income countries.

According to the BBC, the plans for the DCTS include powers to suspend a country on the grounds of human rights or labour violations and for not meeting their climate change obligations.

The UK government said the new partnership is about understanding Africa’s needs and exploring how UK businesses can support African businesses through projects that create jobs, support inclusion and sustainability, and bring lasting value.

Emirates suspending flights to Nigeria over failure to repatriate its money