Future plans for KenGen include starting work on another Ethiopian project, the Aluto-Langano and the firm has also signed a contract worth US$7.9 million to drill three geothermal wells in Djibouti. 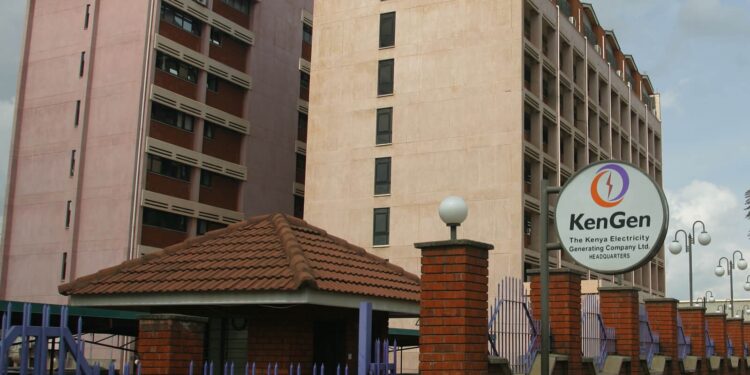 Drilling of the deepest geothermal wells in Ethiopia by the Kenya Electricity Generating Company (KenGen) has seen the company’s earnings rise sporadically.

From a total of US$4 million in the previous year to US$15.5 million (KShs 1.7 billion) by the end of June 2021, KenGen’s fortunes are changing. The drilled geothermal plant in Tuly More, Ethiopia, brought back revenues that surpassed expenses in its setting up.

In the company’s annual report released in June 2021, KenGen noted that drilling the 3000-metre deep wells cost US$13 million. The company has costed for the increased number of staff, drilling, plant operations and maintenance in the Ethiopian operations.

KenGen is keen on diversifying its plans for business by looking for new geothermal markets and creating money-making enterprises from byproducts.

The company says that expenses on employees increased to US$76 million (8.5 per cent increase) to cater for the staff engaged in drilling wells in Ethiopia and the Collective Bargaining  Agreement (CBA) as well as gratuities accorded to staff on contract terms.

KenGen added that the expenses on plant operations and maintenance had risen from US$15 million to US$18 million over the same period. The company has been flapping its wings from only producing and selling electricity to Kenya Power, as its diversification spreads to Ethiopia and Djibouti.

Future plans for the company include starting work on another Ethiopian project, the Aluto-Langano. The firm has also signed a contract worth US$7.9 million to drill three geothermal wells in Djibouti.

KenGen, in its attempts to boost its revenues, has eyes for similar deals in Tanzania, Uganda, Rwanda, Sudan, South Sudan and Comoros. This is where the company may floor Kenya’s monopoly power utility company.

There has been disorder after KenGen previously rejected a plea from Kenya Power to avoid paying a penalty of US$9.36 million which had accumulated due to late sales payment.

Kenya Power said in November 2021 that the payments had not been made due to Covid-19 disruptions, but KenGen had overrun the plea declaring that Kenya Power was unable to confirm that the payment was late due to circumstances beyond their control, a situation called force majeure.

KenGen counts on Kenya Power as their only client in Kenya, making the company highly reliant on the payments from the scandal-ridden behemoth utility firm. KenGen argued that delayed payments from the monopoly power distributor were highly detrimental.

The contract signed between the two companies has a clause that protects KenGen’s revenues by charging interests on balances exceeding 40 days after the end of every year. John Mudany, KenGen finance ICT director, clarified in the firm’s annual meeting held on December 16 last year that Kenya Power was unable to demonstrate force majeure and that the contract with Kenya Power carried the 40 days’ interest clause.

Kenya Power has had a major struggle in paying for electricity purchases in time which have been attributed to constraints in cash flow in the company. Ormat, a US power company says that Kenya Power averaged 83 days’ delay in making payments in 2020, and 73 days in the year just ended.

KenGen has reported growth in demand for electricity at a rate of 4.5 per cent every year.  The growth has been driven by high business activity. The company is working towards contributing 83 Megawatts to the national grid in the early months of 2022 once Olkaria 1, Unit 6 geothermal power plant is commissioned.

After reporting a deficit of US$29.8 million in the year ending June 2020, Kenya Power is officially in the red. Moreover, it has been losing money for the past 17 years. A reduction in Kenya Power’s financial performance over the last five years is shown in the country’s Treasury document. This decline is blamed on rising expenses and a limited increase in demand.

Most of this blame can be placed on the take-or-pay price arrangement used in power purchase agreements (PPAs) with independent power providers (IPPs). This arrangement has put a huge burden on Kenya Power because of the fixed capacity prices, which are unfavourable to the company as the buyer despite the fact that KenGen offers a cheaper alternative.

Concerns about the company’s massive debt and financing costs have also been voiced by the Treasury.

In order to finance the significant extension and reinforcement of the transmission and distribution network in preparation for massive increases in energy generation, a large loan portfolio was negotiated.

KenGen stands to benefit after Kenya’s Treasury recommended a review of all power purchase agreements between Kenya Power and all the electricity providers. The review notes that Kenya Power should evacuate 100 per cent of the electricity generated by KenGen before buying from the other providers.  Kenya Power should also conduct special procurement for the purchase of transmission technology monitoring systems in the 2021/2022 financial periods.