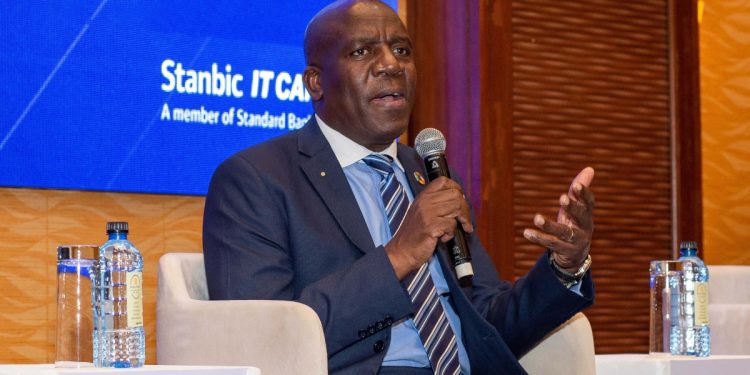 The PMI posted below the 50.0 mark for the second consecutive month in May, falling to 48.2 from 49.5 in April

by Wanjiku Njugunah
in Banking, Industry and Trade, Investing
0
Share on FacebookShare on LinkedIn

Kenyan businesses registered a drop in activity in May 2022 for the third consecutive month, a new survey by Stanbic Bank has shown.

According to panellists of the survey, a price-led slump in demand and rising input costs were the main factors behind the fall in activity. The Stanbic Bank Kenya PMI covers sectors, including agriculture, mining, manufacturing, construction, wholesale, retail and services.

“For the first time in over a year, all five broad sectors saw a contraction in output levels in May,” the survey found.

As per the finding, there were back-to-back declines in new orders across the Kenyan economy for the first time since the initial wave of the COVID-19 pandemic. That said, despite quickening from April, the overall rate of contraction was only slight.

“Where sales declined, this was often related to higher prices and increased living costs. On the flip side, many firms saw new orders rise due to increased demand, greater marketing, and reduced pandemic-related caution,” it noted.

At the same time, the survey noted that the new orders from foreign customers increased midway through the second quarter of the year.

Panellists also stated that higher exports mainly stemmed from increased output and greater marketing, although demand was partly offset by the Russia-Ukraine war.

Commenting on the finding, Kuria Kamau, Fixed Income and Currency Strategist at Stanbic Bank, said that economic activity in Kenya contracted for the second consecutive month in May because of inflationary pressures that resulted in a drop in customer demand and a reduction in firms’ output.

With new orders falling, Kenyan businesses were able to reduce their backlogs of work during May. However, the indicated rate of backlog depletion was only fractional.

The latest data signalled a renewed fall in employment at Kenyan companies during May. That said, the rate of decline was only slight.

“While some firms reduced their staffing capacity amid lower sales, others added to their workforces to support output and gain new customers.”

Lower employment in manufacturing and wholesale & retail at the sector level contrasted with expansions in agriculture, construction and services.

The survey also noted that staff costs at Kenyan private sector businesses had risen for the third month in succession midway through the second quarter of the year. The respective seasonally adjusted index was down
marginally from April, however, to signal a slightly weaker uplift in wages.

During the month, the volume of inputs purchased by Kenyan firms was broadly unchanged, thereby ending a three-month run of expansion. According to survey respondents, procurement levels were closely tied to new order volumes. Some companies added that rising fuel costs led them to purchase smaller quantities.

At the same time, May survey data indicated a further improvement in suppliers’ delivery times in Kenya. Lead times shortened at a faster, but still, modest pace, as companies mentioned that high competition among vendors drove efficiency gains. That said, high demand, material shortages and adverse weather conditions resulted in slower deliveries in some cases.

In May, Kenyan firms noted additional efforts to stockpile inputs in case of supply shortages and price hikes. Stocks of purchases rose for the fourth consecutive month, although at a modest pace that was the slowest seen in this sequence. Some panellists reported a reduction in stocks due to weaker client demand.

During the period, input price inflation remained exceedingly high in May, as companies often highlighted the impact of higher fuel prices, import costs and taxation. Adjusted for seasonality, the Overall Input Prices Index was unchanged from April’s over eight-year high, while sector data showed widespread cost pressures. Despite remaining elevated, May was the first month this year in which the inflation rate didn’t accelerate.

US warns Africa against wheat from Russia amid worsening drought