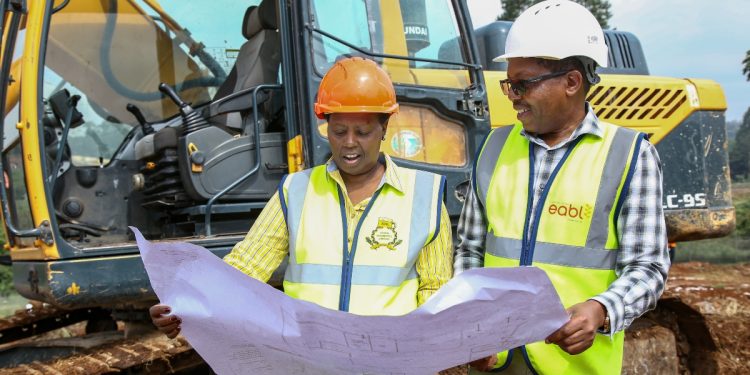 East African Breweries Plc (EABL) has commissioned the construction of a microbrewery at Ruaraka, Nairobi, that will serve as an innovation centre for alcoholic and non-alcoholic beverages.

The regional brewer said that the facility would cost KSh 1 billion ($8.5 million) and comprise a microbrewery, taste room, taproom, and a flagship store.

Group Chief Executive Officer and Managing Director Jane Karuku commissioned the construction and said the microbrewery would be completed and opened to the public by December 2022.

According to EABL, the microbrewery will serve as a brand home for the company’s flagship beer, Tusker.

In addition, it will serve as an innovation centre that will provide an indispensable platform to nurture upcoming talent in brewing and liquid development in Kenya, East Africa, and the entire Diageo.

Karuku said that EABL is seeking to shape the future of the alcoholic beverage sector in the region through the development and release of craft and novelty beers through the facility.

“We will target our beer lovers, curious millennials and tourists who visit us, offering them exciting drink experiences that will demonstrate our mastery in beer brewing honed over the 100-year journey as they consume our products either on-site or through their preferred vendors.”

The spaces include brewing facilities where the end-to-end processing of products will take place, from production to packaging for in-bar consumption or shipping to partner outlets. There will be a tasting room where visitors will learn about and sample the various brews.

Thirdly, there will be a taproom (comprising a bar and a restaurant). The taproom will lead the local entertainment scene by providing a unique, engaging customer experience with great food, drinks, and entertainment options. Fourthly, there will be a flagship store accessible to the public. It will function as a souvenir joint to allow our consumers to purchase our brands and branded merchandise. The merchandise will primarily be designed in collaboration with local artists and entrepreneurs.

“Our ambition is to have this facility join the league of top tourist attractions in Kenya, offering a world-class brewery visitor experience that has never been seen before in the East and Central African region,” she added.

The launch of the facility comes months after the company reported a 23 per cent growth in its net sales to reach KSh 54.9 billion in the half-year ended 31 December 2021.

During the period, volumes grew strongly at 23 per cent, driven by investment behind brands and innovation in the route to market in response to consumer behaviour shifts.

Additionally, the continued investment in the capacity of KSh 6.2 billion enabled EABL to respond to the increased consumer demand rapidly.

Consequently, the Group’s profit after tax grew 13 per cent to KSh 8.7 billion, primarily driven by the higher net sales, margin expansion, robust cost management and the re-opening of bars in Kenya in the second quarter.

“During this pandemic, our strategic clarity enabled us to focus on brand-building, active portfolio management, consumer-led innovation, and digital transformation, all executed through extra-ordinary efforts and resilience of our people,” Karuku said.

In a separate story, EABL recently announced an interest payment of KSh 673.8 million to bondholders of its Shs 11 billion medium-term corporate bond.

EABL said it paid the interest to bondholders on record as of April 13, 2022, in accordance with the terms and conditions of the company’s prospectus for the bond issue Programme.

The five-year, fixed-rate instrument was offered at an interest rate of 12.25 per cent payable semi-annually.

The bond was issued in October 2021 and saw investors bid Sh37.9 billion in the issuing round, representing an oversubscription of 275 per cent and signalling renewed investor confidence in a previously troubled local bond market.