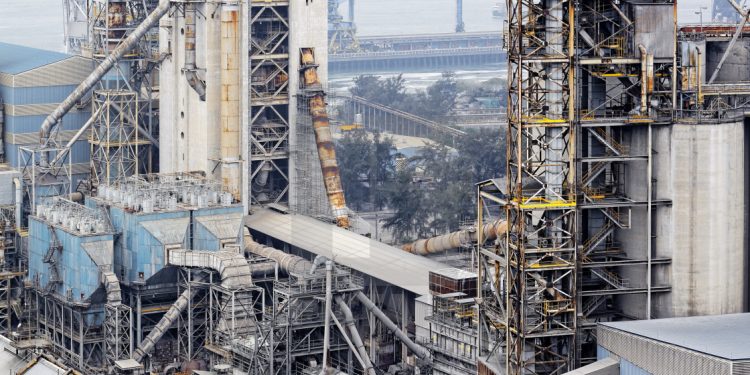 Africa is now more connected, technologically savvy, and focused on enhancing its economic systems compared to 30 years ago. The narrative has changed, from civil unrest and extreme donor-dependent economies, to those with record-high tax collections such as in Tanzania, and information communications and technology (ICT) transformation ones such as Rwanda, Kenya and South Africa. The African GDP has grown to over $2 trillion from about $587 billion in 2000.

Despite the youngest continent’s nations being driven by agriculture—which has also sustained major development, in terms of technology input, funding and research and development, still the continent’s manufacturing industry holds vital potential to stimulate the economy and offer decent livelihood to its vast young human capital, who number over 226 million and who are expected to increase by 42 per cent by 2030 according to the United Nations (UN).

According to Brookings—an American think tank, the future of the manufacturing industry in Africa is optimistic. It is projected by 2030, business to business spending in manufacturing in Africa will reach $666.3 billion, which is $201.28 billion higher than it was in 2015. 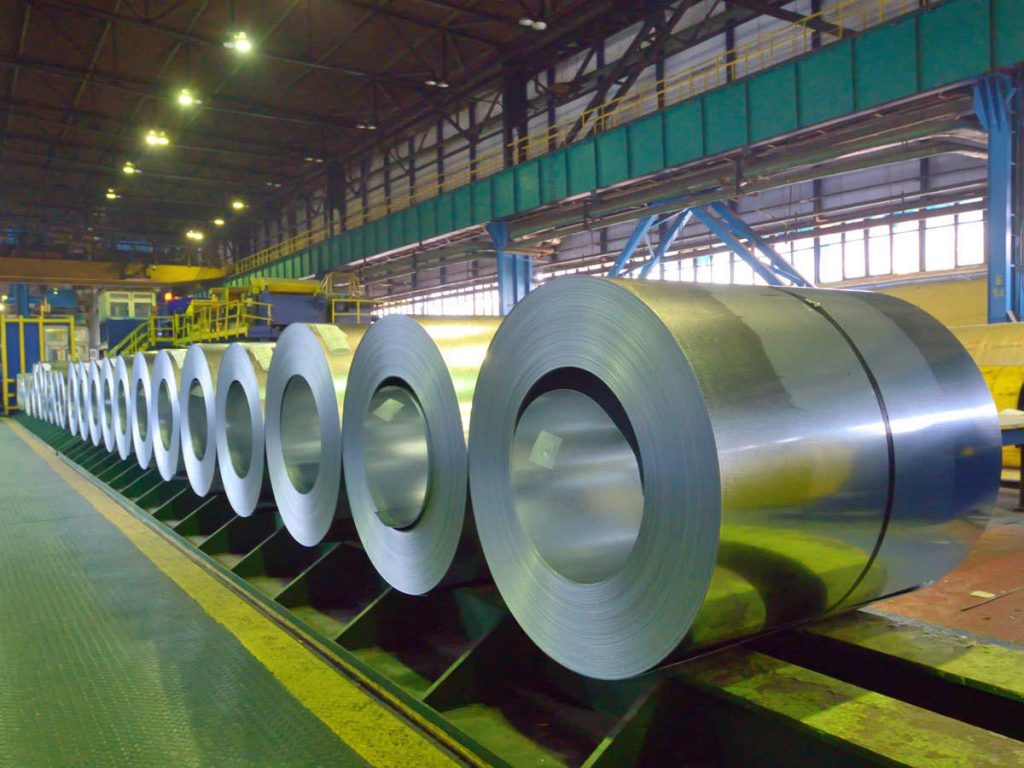 Making the manufacturing industry work for Africa is a crucial mission to be realized. Existing natural resources potential—agriculture, minerals, well-learned/skilled human capital and the inter-regional agreements (such as Southern African Development Community [SADC],) and most importantly the African Continental Free Trade Area (AfCFTA) facilitating the creation of a single market of 1.3 billion people, offer immense opportunities for the growth of the manufacturing sector.

According to International Finance Corporation (IFC)it committed a record of about $5.3 billion to new investments and executed advisory services projects worth $65 million in the region, to support project infrastructure, health, agribusiness and a range of activities in conflict-affected states and helped Africa’s entrepreneurs gain access to finance.

Hence, such bold actions propel the continent’s ambition to align its economic strength towards developing its manufacturing potential. However, per Brookings report—the annual GDP growth and growth in manufacturing output in sub-Saharan Africa from 1995 to 2016 paints a vivid picture of why Africa needs to make the sector work for the sake of its economic growth.

The report shows that by 2006 the share of manufacturing in GDP had declined to roughly 10 per cent the same as it had been in the mid-1960s. Since the late 1990s, economic growth rates in the continent reached significant levels (including the global financial years (2008-2009).

However, until recently growth in manufacturing has lagged behind except in just a few exceptional markets, particularly Nigeria and Angola.  In 2017 the manufacturing sector share of sub-Saharan Africa’s total GDP was also under 10 per cent.

Further—on manufacturing value added (MVA) and manufacturing exports, the continent’s speed is unsatisfying compared to the rest of the world, including other developing countries. In 2017, sub-Saharan Africa’s MVA stood at $145 billion.

With extensive natural resource wealth, African nations are gravitating towards resource-based manufacturing, which accounts for almost half of the total MVA and manufacturing exports.  Brookings data indicate that about 70 per cent of the continent’s manufacturing operations are in South Africa, Egypt, Nigeria, and Morocco.

Despite the unsatisfactory progress, Brookings indicates that the sector has grown by 3.5 per cent annually from 2005 to 2014, which is faster than it has in the rest of the world.

Nigeria and Angola are cited by the report to have experienced an increase in output of over 10 per cent per year, which consequently rose the value or production in sub-Saharan Africa, from $75 billion to over $130 billion.

Africa’s manufacturing landscape requires a total modern high-tech makeover, to utilize the existing potential. World Economic Forum (WEF) argues that the continent needs to move beyond the sub-optimal scale of manufacturing, the kind that can only exist behind high tariffs and serving domestic markets.

The way forward is fenced around forging advanced manufacturing industry landscape that propels the sector by utilizing high intellectual capability converged with raw material inputs to add immense value to products made, that stand-out to the rest of the world—in other words, manufacturing products that are really”African Made”.

Advanced manufacturing in Africa – that is, the use of innovative technology for better products – is intended to utilize and incorporate the energy and innovation potential in the continent to fetch enormous profits from exponential demands.

Ethiopia, Rwanda, Ghana, and Ivory Coast were ranked by the World Bank to have the fastest-growing economies in Africa and the world.  Ethiopia, for example, is taking serious steps to gain a stronghold in the manufacturing landscape and is working closely with Egypt and Sudan to secure energy for its industries through the Blue Nile hydropower project.

Rwanda is taking huge steps towards the vehicle industry and seeking sophisticated breakthrough via ICT as well as exploring nuclear energy. Ethiopia’s December 20, 2019 space launch proved science and technology for the populous nation in the greater horn of Africa is possible, while Ghana’s initiatives in car manufacturing present a promising perspective for the future.

However, according to WEF African nations must realize that manufacturing operations come with a price tag and that progression and advancement is based upon the creation of an enabling environment.

Energy is vital to the manufacturing industry which is why WEF argues that the success and failure of the sector are based upon the capacity of nations to provide power for industries.

African nations are now aggressively moving towards securing reliable energy for domestic uses and commercial purposes, such as Tanzania with its renewable energy plan to generate up to 7MW and 26MW from wind and solar, the initiation of Nyerere Hydropower Project to milk up to 5,920 GWh of power annually.

On trade, accessing global markets is crucial, whereas—Africans are required to hone the art of leveraging new technology to meet policy goals, anti-corruption efforts and efficient customs processing while promoting access to input materials for further manufacturing, job creation and product development in Africa for Africa.

“Enabling market access by reducing tariff and non-tariff barriers enables countries to benefit from both innovative new products, such as environmental technologies, that can solve local challenges, as well as access to key inputs that can grow necessary markets (for example, chemical products that contribute to more energy-efficient building materials),” WEF argues.

Further, the development of the education and skills development area is vital. At the moment, Rwanda is taking the role seriously with its policies and development strategies, higher education, research, science and technology (S&T) and technical and vocational training which are pivotal in realizing the nation’s economic success.

Africa requires aggressiveness in this aspect, by making sure that it produces highly-skilled individuals with talents to work in the sector. This is ultimately realized by transforming the curricula to adopt carefully customized STEM(Science, Technology, Engineering, and Mathematics) fields.

WEF also argues that the entire education system has to be equipped with brains well versed in the sector’s complexities, learning resources allocated accordingly and policies adjusted to push the agenda.

“In addition to fast-tracking local talent, we also have to reconsider our student visa and immigration policies in order to bring in the world’s smartest students and encourage them to stay. This is only possible if education institutions are competitive and world-class,” WEF argues

More importantly, the business environment angle in Africa requires the adoption of genuine partnerships between the public and private sectors.

“This idea of public-private partnerships is critical to every other priority mentioned. We should be working with, not against, each other to create a strong, sustainable framework for growth. This is a common thread running through countries that are succeeding in the global economy,” WEF argues.

Africa needs also to take its manufacturing initiatives within the sustainability paths and embracing the circular economy approach—which ensures the environment and other byproducts associated with the sector remain active within the chain as long as possible.

According to the WEF report the continent claimsover $82 trillion in discovered natural resources, with the potential to contribute $30 billion a year to government revenues over the period for the next 20 years.

Africa has all it takes to be the next industrial powerhouse in the world.Many regions across the world do not possess such resources: young human capital potential, and fresh internal markets, thus—Africa’s manufacturing industry can and will work.