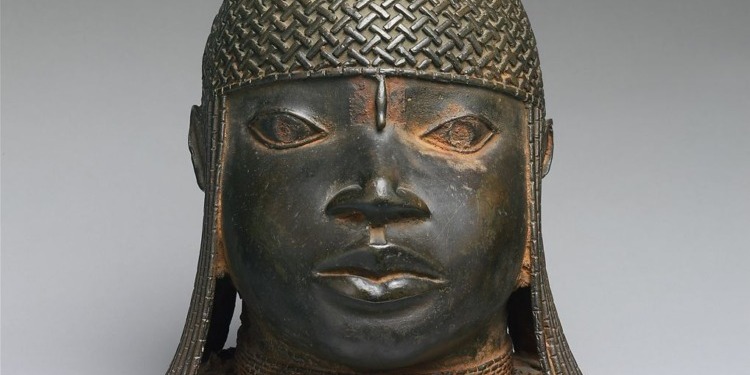 by Giza Mdoe
in Industry and Trade, Manufacturing
0
Share on FacebookShare on LinkedIn

There are thousands upon thousands, if not millions, of African artifacts scattered all across Europe. According to the most commonly cited figures from a 2007 UNESCO forum, 90 per cent to 95 per cent of sub-Saharan cultural artifacts are housed outside Africa. Many, like the works from Benin, were taken during the colonial period and ended up in museums across Europe and North America.

Be they in national museums or private collections, African masks, paintings, carvings, sculptures, potteries—all ancient and priceless—are being held abroad, and the keepers refuse to return them.

For the purpose of formalities let us look at the arguments posed by museums.  After all these are the places where the artifacts are on public display and clearly labeled, for instance, ‘Ancient Benin Bronze Axe 1897’ yet the piece is in a French museum and the museum will not release it back to the Kingdom of Benin—present day South Nigeria.

Despite the facts of history, European countries still maintain that these items are their national assets and bear with them monetary value. In fact it is because of this priceless monetary value that the European museums that house the artifacts are refusing to let them go.

It is a fact that the museums use these and other artifacts as collateral for bank loans. To bring the money value into perspective, London auction sales tell the story. Consider these auction prices:

As a business outlet, that is going to be the center of our discourse on this subject, the monetary value of stolen African artifacts and the impact they will have on African economies when returned home or more correctly if they are returned home.

The Economics of Stolen Artifacts: What is the price of entering a museum?

Admittedly, Africans do not have the culture of visiting museums or art galleries compared to their European counterparts who pay top price just to view and have a glimpse of a piece of art or silverware or pottery so long as it has a story behind it.

Well, that is one way to look at it. Another is that, the current African generation (and more so, future generations) are more warrant to visit museums and art galleries; after all, not only can they afford the entrance payment but they also have the time and inclination.  Unlike our fathers and grandfathers, we now have better earning powers and can spare a dollar here and an hour there for recreation.

In 2006, France’s Quai Branly-Jacques Chirac museum lent a set of wooden statues and carved furniture to Benin. Originally seized from the very region by a French military expedition in 1892, they were housed in a Beninese museum called the Fondation Zinsou.

Marie-Cécile Zinsou, founder of the museum, says people lined up for three to four hours, and that visitors to the exhibition left numerous messages of gratitude in the visitors’ book.2

So, the value of stolen African artifacts once brought home will mean revenue for local government authorities through their national museums as compatriots visit the sites to go back in time and see the work of their ancient forefathers.

Other than internal revenue, you will have also foreign visitors fly into the country for exhibitions and related recreation of ancient African kingdoms and civilizations. Just viewing these artworks can serve as a whole new line of tourism.

It also adds value to the tourists that visit the country, other than going to see the wild animals and the cultural centers they can also visit museums to have a glimpse at the artifacts.

This will also give rise to a new (or rather very old) art, dramatization of ancient African societies. Just like Europe and America hold re–enactments of their wars for freedom, Africans can re–enact their history and earn good dollar from tourists that come in to watch the re–enactments.

At the end of the day, there is huge monetary value behind returned stolen African artifacts. Egypt for example, has such a robust tourism sector yet it has no wild animals. Tourists go to Egypt because of the pyramids and the history they hold.

Most all of Africa has an equally rich history, a tale of mankind and ancient civilizations to awe. So returning the artifacts means a lot in terms of getting Africa out of poverty based on the direct revenue that would be generated from the related tourism interests.

Museums alone stand to earn a lot of revenue.  For context, in 2019/2020, admissions income of the British Museum amounted to about £4.3 million, while admissions generated revenue for roughly £2.0 million in 2018/2019.3

However, items held in national museums in Europe are subject to parliamentary approval.

That is where the dilemma comes in; it is the governments that are not willing to return the artifacts because actually, those held by private museums are much more willing to revisit their repatriation policies (i.e. policies governing the return of African artifacts).

National museums want their parliaments to first approve the repatriation of the artifacts but why should that be an issue?  Thankfully things are starting to look up and governments are beginning to take a new stance.

The good news is that we are now in the new age and several of these colonial masters are now starting to lean towards returning the artifacts to where they belong.

Latest of these is Germany that has agreed to return to Nigeria the priceless Benin Bronze artifacts that were stolen during the colonisation of Africa. Originally, these were stolen by British troops but were later on auctioned and ended up in museums and private collections across Europe.

For instance Berlin’s Ethnologisches Museum reportedly holds more than 500 artifacts from the Kingdom of Benin.  At the Africa Museum in Belgium, director Guido Gryseels says 85 percent of the museum’s collection comes from the Congo – the site of Belgium’s former colony in Central Africa.

Commenting on the willingness to return the artifacts, German Culture Minister Monika Gruetters is quoted as saying, “We want to contribute to understanding and reconciliation with the descendants of those whose cultural treasures were stolen during colonization.”

Germany has pledged that it will have returned the first batch of these in 2022.

France too, has made a similar pledge. Only last year, French lawmakers unanimously voted to return prized artifacts to Benin and Senegal among others.

In a piece posted by France 24, several of the items to be returned are listed and they include a royal throne and statues taken by the French army during a war in Benin, then the wealthy African kingdom of Dahomey, as well as a sabre once wielded by a 19th century Muslim sheik in present-day Senegal.

There is also the throne of King Glele, of the Aja kingdom of Dahomey (part of modern-day Benin) which is now the centre–piece of the 70,000-odd African objects held at the Quai Branly-Jacques Chirac museum in Paris to mention but a few. Once brought back home, the world can tour to Africa to view them and learn of our history, or more correctly, the history of the world.

Rwanda, the Silicon Valley of Africa