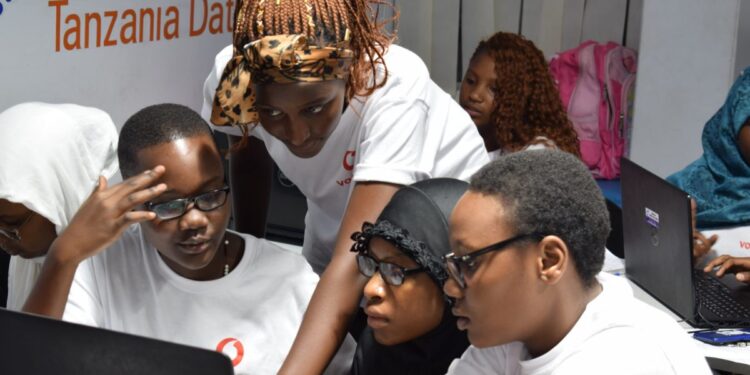 The informal sector employs more young people in Tanzania. In 2019 it contributed $2.68 billion equivalent to 22.5 per cent of Dar es Salaam’s GDP.

The latest pandemic has disrupted work across the globe. Monetary organizations such as the International Monetary Fund (IMF), World Bank (WB) and think tanks such as the World Economic Forum (WEF) have argued for nations to brace themselves for the various shifts in work over time and space as the pandemic disrupted work and economies of countries worldwide.

In this context, it is only intelligent and strategic for any country, especially developing economies, to start laying down foundations on how they will work in the coming future.  We take a look at Tanzania.

The WEF argues that new technologies, demographic shifts, and the impact of COVID-19 on the labour market have been radically transforming how organizations conduct business and the type of skills their human capital needs to support them thrive in this new era of work.

“Nearly 50 per cent of companies expected that by 2020, automation will lead to some reduction in their full-time workforce, while more than half of all employees will require significant re-skilling and upskilling,” notes WEF.

In this case, Tanzania—one of the fastest-growing economies in Africa—faces a population increase situation that puts it at a crossroads, which might lead it to prosperity or challenges, depending on labour strategies and policies the country puts in place.

Tanzania has a population of more than 59 million people ranking it among the top-six populous countries in the continent.  Facing a 9.4 per cent unemployment rate Tanzania’s employment in the informal sector increased from 22 per cent in 2014 to 29.4 per cent in 2020/2021.

However, the main concern is how Tanzania can adopt the new ways of turning towards new-age modalities of work, automation, remote work and e-commerce while addressing serious labour issues, including a stark rise of informal jobs.  In the commercial pulse of Tanzania, Dar es Salaam – informal jobs have risen to 62 per cent, according to the Integrated Labour Force Survey.

This rise shows how Tanzania has yet to utilize its formal sector potential effectively, as informal jobs present unstable situations such as the absence of insurance cover, job security, or being unprotected under labour laws and the high potential of falling victim to unfair labour practices.

Read: Employability in Tanzania: Why relying on networking is critical

Despite the drawbacks, the pull of informal jobs present decent options for most people to earn a living and has promoted the rural-urban migration to big cities.

In an ideal situation, informal and formal sectors can complement each other and add value to the labour market, but only under the right policies and strategies that embrace inclusion, innovativeness and frugality.

Shockingly, the informal sector has proven to be helpful in Tanzania’s commercial capital wherein 2019, it contributed a total of $2.68 billion which is equivalent to 22.5 per cent of Dar es Salaam’s GDP.

Because workers in sub-Saharan Africa including Tanzania face somewhat different sets of challenges than the rest of the world, Tanzania must develop unique and state-of-the-art solutions to exemplary work to suit its own requirements.

It is essential to break down the numbers and pinpoint precisely how Tanzania can maximize its efforts and resources.

However, flipping the board even wider – employment to population ratio in Tanzania has declined from 77.4 per cent in 2014 to 75 per cent in 2020/21 – signalling challenges in Tanzania’s market capability to create jobs.

With these numbers on the table, it is essential to consider other underlying factors that might contribute to a seamless transition to the future of work that relies upon high-end digital and innovative skills set.

The advent of artificial intelligence (AI) is sweeping off a significant amount of human labour and creating massive unemployment in its wake. Here lies an opening to a whole new line of modern careers.

Currently, young people are capitalizing on the super information highway we call the internet. Across the world, creative minds are tapping into the internet value chain.

Technological solutions such as content sharing platforms – Youtube, Snapchat, Tiktok and many more to modern finance solutions with an exemplary performance of mobile wallets and cryptocurrency mining, are offering a new wave of jobs for developed and developing economies with necessary structures in place.

Some lines of careers are heading for obsoletion in developed economies such as travel agents, cashiers and fast-food cooks to mention a few. This situation serves as a wake-up call for Tanzania to transform its demanding labour fields into modalities that balance human interaction and automation to curb job cuts.

Tanzania cannot undermine the role of Information Communication and Technology (ICT), which has spurred exponentially over the past decade. Currently,  there are startups and companies in Tanzania disrupting work as we know it.

There are great strides made on transportation services such as Uber, Bolt and Twende – a local digital taxi service that provides convenient and affordable cab services to customers in Tanzania, to Worknasi. This local startup (Worknasi) links various freelancers to clients digitally.

Worknasi, which encapsulates most essential services for clients from web designing, writing, marketing, finance, legal consultancy to design, proves how exciting the future of work will be.

Their digital platform offers the ability for multiple freelancers to create a team virtually and work on a project remotely. The platform also features a video call service where a freelancer and client can communicate.

These are just a few motivating stories behind countless efforts by Tanzanians to ascend towards banking on the future of work gradually.

Expanding on the industrial development goal might be a viable option for Tanzania as it has been rallying for the industrial revolution over the past decade.

The agriculture sector alone possesses a vast potential for millions of young people. The current agriculture value chain has not been scratched enough by state of the art services, ingenuity and technologies that add value to produce and labour.

The advancement of even robust and cutting-edge technology in agriculture, education, transportation, and health has shown Tanzania that industrialization is a crucial component in securing decent and sustainable work in the coming years.

Tanzania can take the plan forward by promoting ICT related skills among students at an earlier age, building enough sustainable digital capacities for the vast and growing population to work with, and investing in research and development to bring out the best solutions for decent work.

The latter will inspire them to rally behind the industrialization agenda and contribute their fair share towards achieving it.

As technology and connectivity expand, it is only viable for countries such as Tanzania to cherry-pick what works for her labour market and begin to build its industry gradually to secure the fate of work and the economy at large.

The future might be tomorrow or the next ten years. Prepare for it today.

Cockroaches for lunch? Insect food market hits US$8 billion by 2030