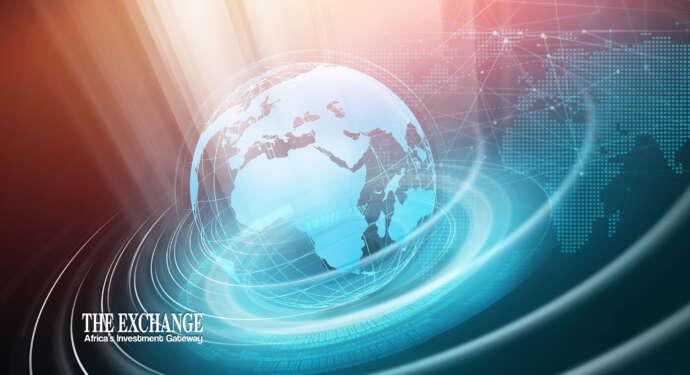 by Opinion
in Africa, Industry and Trade, Opinion
0
Share on FacebookShare on LinkedIn

On 1 January 2021, trade began within the African Continental Free Trade Area (‘AfCFTA’). After years of preparation, and being postponed due to the COVID-19 pandemic, AfCFTA becomes the largest free trade area in the world based on the number of participating countries since the World Trade Organization (‘WTO’) was formed and connects some 1.3 billion people across the African continent.

Among many other key developments under the AfCFTA, member states have agreed to remove 90 per cent of tariff lines on non–sensitive products within five years for developing countries and within ten years for least developed countries.

The AfCFTA seeks to provide member states a comprehensive and mutually beneficial trade agreement that aims to boost intra-African trade. As noted by the World Bank, “[a]s the global economy is in turmoil due to the COVID-19 pandemic, creation of the vast AfCFTA regional market serves as a major opportunity to help African countries diversify their exports, accelerate growth, and attract foreign direct investment.”

Foreign investors thus will be able to do business on a single set of trade and investment rules across Africa, and the AfCFTA will help create larger, more integrated markets on the continent, which should make investing in Africa more attractive to foreign investors. Given the close proximity, the AfCFTA Agreement should accelerate trade and investment between the Middle East and Africa in particular. 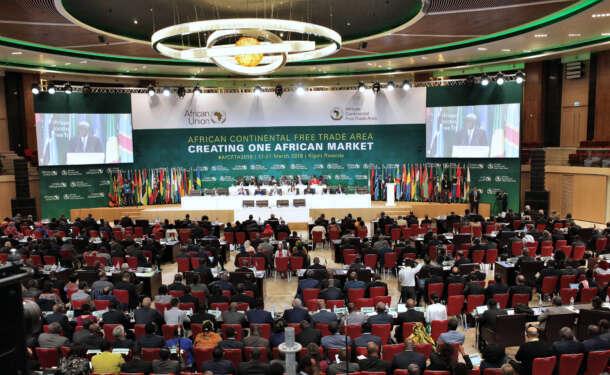 Overview of the AfCFTA

The scope of the Agreement is broad, and should not be construed as just a trade-in-goods agreement. Article 4 of the AfCFTA Agreement sets forth the following specific objectives:

The AfCFTA Agreement contains detailed protocols on trade in goods, trade in services, and interstate dispute settlement. So-called “Phase II” negotiations are underway in relation to protocols on investments, intellectual property rights, and competition policy. The three completed protocols and the three protocols under negotiation are discussed below.

Article 2(1) of the Protocol on Trade in Goods provides that “[t]he principal objective of this Protocol is to create a liberalised market for trade in goods in accordance with Article 3” of the AfCFTA Agreement. In doing so, Article 2(2) sets out various objectives, including the progressive elimination of tariffs, the progressive elimination of non-tariff barriers, and the enhanced efficiency of customs procedures, trade facilitation, and transit.

Dispute Resolution under the AfCFTA Agreement

Article 20 of the AfCFTA Agreement establishes an interstate Dispute Settlement Mechanism that will be administered according to the Protocol on Rules and Procedures on the Settlement of Disputes (‘Dispute Settlement Protocol’), which was set out along with the AfCFTA Agreement. This mechanism is modelled on the dispute settlement system of the WTO and is, therefore, a state-to-state system. Accordingly, it is important for businesses and individuals to be aware that, if they are of the view that a member state has breached an obligation, they should appeal to their home or host country to take up the dispute (while bearing in mind that a dispute is only likely to be taken up in exceptional cases where the subject matter is of national importance and diplomatic efforts have failed).

As noted above, there have been ongoing negotiations on the Investment Protocol of the AfCFTA; to date, however, the Investment Protocol has not been agreed upon. One hurdle facing the negotiations is the already negotiated and extant international investment agreements at the bilateral and regional level. There are currently 171 intra-African bilateral investment treaties that the AfCFTA Agreement aims to supersede by creating and offering a single treaty that would regulate all intra-African investments.

In the future, the AfCFTA Agreement may serve as a basis for negotiations on international investment agreements, including those with non-African countries. In this regard, one commentator has observed that “the Investment Protocol would be an important benchmark agreement that could be used to formulate and facilitate a unified African approach to international investment policymaking.” (Hamed El-Kady, The New Landmark African Investment Protocol: A Quantum Leap for African Investment Policy Making?, Kluwer Arbitration Blog, 24 September 2020).

The negotiations on the Protocol on Intellectual Property will be aimed at creating a consolidated approach to intellectual property rights across the continent. The Protocol on Intellectual Property will thus bring a higher level of certainty to a currently fragmented legal landscape for intellectual property. Among other things, this consolidated approach will help stimulate technological innovation on the African continent as “the IPR Protocol can serve as a catalyst for technology transfer, technology diffusion and the economic transformation of Africa’s economy from one that is primary resource-based, to one that is driven by knowledge, information and ideas.” (Marumo Mkomo, Jabulani Mthombenu, Tord Lehong. The African Continental Free Trade Area: a significant role for IP. WIPO Magazine. December 2020.)

By reducing tariff and non-tariff barriers, the AfCFTA Agreement will bring greater integration between member states. This will lead to an increase in cross-border business, which will require a strong regulatory framework in order to promote competition and protect consumers at a regional level. In this regard, the Protocol on Competition Issues is expected to address “(a) cross border anticompetitive cases such as cartels, (b) abuse of dominance, (c) mergers analysis, aimed at creating a competitive environment conducive for existing competitors and (d) new entrants.” (Elizabeth Gachuiri. African Continental Free Trade Rea Phase II Negotiations: A Space for a Competition Protocol?, UNCTAD Research Paper No. 56. December 2020.)

Potential for the Middle East

According to the Dubai Chamber of Commerce and Industry (DCCI), Dubai’s trade with Africa has increased significantly over the past five years, registering a compound growth rate of 11 percent. In this same period, imports from Africa increased by 14 percent, exports increased by 13 percent, and re-exports by 6 percent.

International trade was deeply affected by the COVID-19 pandemic, and, in line with worldwide trends, imports and exports to and from the Middle East and Africa were heavily affected. However, this sudden decline in global trade should not divert attention away from the potential that the AfCFTA creates for the two regions. Cheryl Buss, the Chief Executive Officer of the Absa Group, a pan-African financial services group has highlighted that the “emerging opportunities across different economic sectors in Africa ranging from power and utility, infrastructure, agriculture, natural resources, and oil and gas” will undoubtedly result in increased trade and investment between the Middle East and Africa. 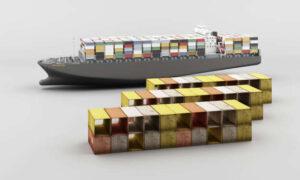 Indeed, the DCCI forecasts that Dubai’s trade with Africa could see an annual increase of up to 10 per cent over the next five years following the implementation of AfCFTA. Mr Omar Khan, the Director of International Offices at the DCCI recently observed that the “AfCFTA will offer a huge opportunity for UAE investors who will be able to do business on a single set of trade and investment rules across the African continent. Dubai is well placed to benefit from the landmark trade agreement due to its status as a preferred re-export hub for African traders and strong presence of UAE companies in African markets and vice versa.”

Trade between the UAE and Africa is not something new; UAE-based businesses are already marking their footprint in the African continent. Etisalat and Emirates, two household names across the region, have marked themselves as “major trade and connectivity enablers” in Africa. (Afshin Molavi, Growing Middle East ties vital to Africa’s prosperity, Arab News, 28 July 2019.) The AfCFTA should further enable the growth and development of these partnerships in Africa, as well as opening the tunnel for further investment from the UAE to Africa and vice-versa. Moreover, talks between the Kingdom of Saudi Arabia and South Africa on transitioning from a commodity-based economic foundation to a more sustainable, diversified, and modernised model will also see many benefits from the trade agreement.

Ultimately, the AfCFTA Agreement came into force at a time when the global economy is in need of revival. Global partners now have the opportunity to tap into a vast market that has more legal and economic certainty. It is important for businesses in the Middle East to be aware of and take advantage of the new platform that is now available.

Tom is a Partner and the firm’s Head of Arbitration based in the Dubai office.  He is experienced in international commercial arbitration, international investment disputes, state-to-state arbitration, and foreign sovereign immunity issues.  His experience covers a wide range of industries, sectors, and types of disputes, including oil-and-gas, construction, hospitality, telecommunications, automobile manufacturing, distribution agreements, shareholder disputes, and joint-venture disputes.

What Kenya’s customer service will look like in 5 years

How Tanzania's new leadership under a woman is building confidence