The rating index has shown a significant increase in score as compared to 2017 when the sector registered a 44 per cent score from the global index report. 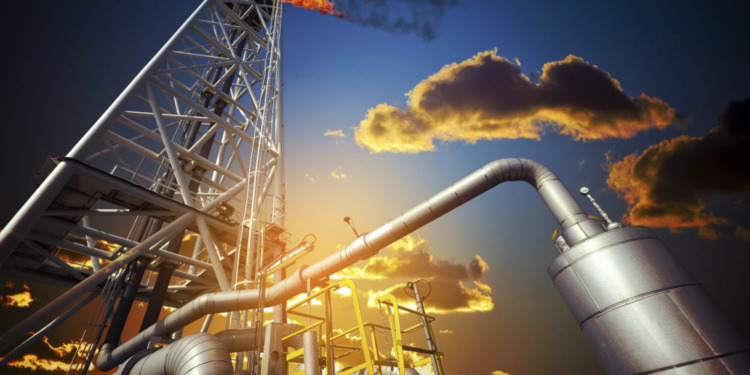 In the latest global index report released by a New York based Natural Resource Governance Institute (NRGI), a non-profit entity that advocates for good governance in natural resources, Uganda’s Petroleum and mining sector scored 49 per cent and 55 per cent, respectively.

This score by the Ugandan Oil sector according to the index released last week, was propelled by among other factors, improvements in revenue transparency, corporate governance of state-owned Uganda National Oil Company, and reporting on the performance of the Petroleum Fund.

“Despite the positive upward trend, challenges remain, placing governance of Uganda’s oil and gas sector in the “weak” performance band,” the index report reads in part.

The ratings, the index noted, received a “failing” score, hampered by absence of a cadaster, lack of beneficial ownership, rules on public disclosures and government’s failure to disclose contracts with oil companies – French Total Energies EP, and China’s CNOOC.

This two investors (Total and CNOOC) are well-capitalized companies with strong technological capacity, and with guaranteed markets for crude oil, all of which are critical success factors for upstream investments.

The two are able to take longer-term views of global oil markets and prices when committing final investment decisions despite the prevailing low oil prices.

Total is also known to have oil exploration ambitions across Lake Albert in the DRC, which would augment economies of scale for Uganda oil export logistics.

Further, being a downstream petroleum marketer in the region, Total is likely to take a more positive and supportive view of the planned oil refinery investment.

Other factors that led to this rank score included governance of local impact placed in the “poor” performance band, with access to environmental and social impact assessments limited by the requirement to submit an application and payment of a fee in order to access information.

Also, although numerical fiscal rules are documented in a public policy, these are not enshrined in law and there is no adherence requirement by government.

Similarly, despite improvements to governance of the Petroleum Fund, laws regarding deposits, withdrawals and investment rules scored as “poor” and “failing.”

The rating index has shown a significant increase in score as compared to 2017 when the sector registered a 44 per cent score from the global index report.

The index, according to NRGI, is an evidence-based tool that allows stakeholders such as governments, civil society actors, private companies and citizens to understand how their countries perform in terms of resource governance.

The NRGI country researcher, Mr. Paul Bagabo, says that the index report is usually a starting point that highlights what is going good and not, noting that the index was not a useful way of comparing natural resources countries.

ALSO READ: How and Why startup Investment in Africa

Speaking at the release of the index last week, Mr Moses Kaggwa, the Finance Ministry acting director for Economic Affairs, echoed government’s commitment to continue “enhancing” governance in management of natural resources, revealing that recommendations of the 2017 index had been integrated as part resources management in National Development III.

The oil sector is gearing for the development phase, construction of required infrastructure to cost between $10b and $15b to start commercial production by 2025.

According to the index, aspects of oil sector scored variously. Value realization, the measure of the quality of governance regarding allocating extraction rights, exploration, production, environmental protection, revenue collection and state-owned enterprises, scored 49 per cent from 44 per cent in 2017.

“As Uganda looks to become a new producer, solid governance of its oil and gas operations will become increasingly crucial, ”  the report reads in part.

In terms of governance around national budgeting, government has disclosed both national debt levels and the national budget, but has not yet passed a law setting a numerical fiscal rule.

As such the government withdraws at leisure from the Petroleum Fund, established in March 2015 by the Public Finance Management Act, as a kitty for oil revenues for financing the budget and saving/investment for the future generations through appropriations to the Petroleum Revenue Investment Reserve.

On the other hand, the mining sector, assessed for the first time index, scored favorably, 55 points, compared with 49 points scored by the oil and gas sector.

While the scores of both sectors placed in the “weak” performance band, differences remain at the subcomponent level.

The mining sector once earned the country millions of dollars from the 1920s when it began to the early 1970s when political and economic chaos set in, and eventually grinded to a halt in the 1980s.

By 1965 mineral exports accounted for 14 per cent of Uganda’s export earnings behind coffee and cotton.

Today, formal mining accounts for a meagre 0.5 percent of total Gross Domestic Product and most minerals remain under exploited, despite various interventions over the past years.