There has never been a better time to invest in Africa, says South African President Cyril Ramaphosa

by Opinion
in Africa's Development, Investing
0 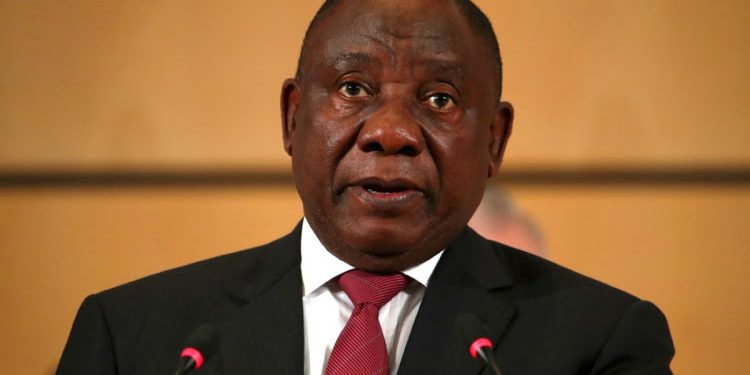 There has never been a better time to invest in Africa, says South African President Cyril Ramaphosa.

He said the continent’s governments are committed to creating the necessary enabling environment for business to flourish. Calling on the investor community to “harness the climate of reform” sweeping the continent and “take advantage of its momentum,” he said: “there has never been a better time to invest in Africa”.

The launch of the African Continental Free Trade Area will “bring together into a single market 54 nations of some 1.2 billion people and a combined GDP of over $3 trillion,” Ramaphosa said.

He compared its significance for Africa to the 1992 Maastricht Treaty which created “a new era of European cooperation and integration”. This follows the enabling African Continental Free Trade Agreement (AfCFTA) coming into effect in May

“According to the IMF, of the world’s 10 fastest growing economies, six are in Africa,” he added.

With the youngest population in the world, Africa is expected to have a working-age population of 1.8 billion by 2035. “By 2030, Africa will host more than 41 megacities with more than 10 million inhabitants each,” he said. “It is a rapidly urbanising continent.”

But this award is much bigger, Ramaphosa said, as it was “major boost” for “silencing the guns on our continent” and installing peace.

“The new generation of leaders of Ahmed Abiy’s ilk are bold, courageous and are focused on creating an Africa that is at peace with itself and growing the economies of African countries through innovation, infrastructure development and trade.”

Citing elections this year in Nigeria, South Africa, Malawi, Mauritania and Tunisia, with upcoming elections in Mozambique, Ghana, Cameroon, Botswana, Namibia and Algeria, Ramaphosa said are a signal of growing political stability. “National elections on the African continent have become the norm rather than an exception.”

He said “the borders drawn up in the palaces of Europe will gradually become less significant than the infrastructure matrix that will link African economies together. The AfCFTA will also have a broader international impact as Africa will be able to deal with other trade blocs from a position of greater strength, able to demonstrate economies of scale.”

The convergence of economies and the integration of markets under the AfCFTA will make the case for investing in the African continent even stronger, he argues.

“This is a continent with abundant natural resources such as minerals, oil and natural gas, but also vast tracts of arable land and water, as well as wind and sunshine – the drivers of the renewable energy revolution.”

More capacity building needed in the surgery ecosystem in Africa

The Mauritius PE behind Kenya's Qickmart and Tumaini supermarkets merger