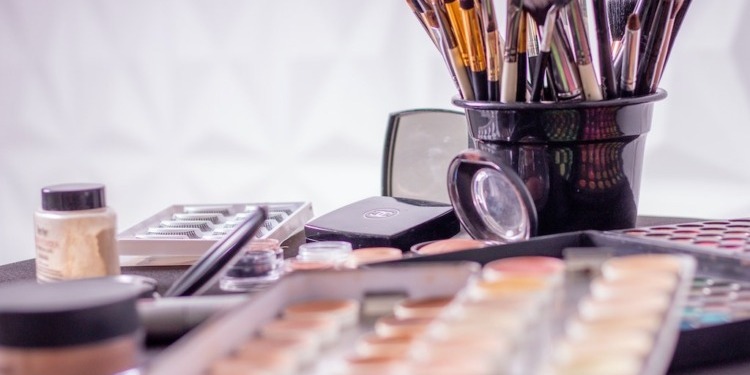 Potential in the business of Africa's beauty - The Exchange

The cosmetics market is witnessing a surge in Africa

The global personal care industry is valued at US$400 billion and Africa only represents a 3 per cent share of this.

This means that for Africa and those interested in providing cosmetics on the continent, there is money to be made. Many people do not automatically think of Africa when it comes to cosmetics but anyone who dares underestimate the potential in this continent does it at their own peril.

The cosmetics market is witnessing a surge which is encouraging players to have their presence on the continent.

But what is driving this surge and what has changed?

One of the key drivers of the cosmetics market growth in Africa is consumer spending which is rising as people gain more purchasing power unlike what has been witnessed previously.

This purchasing power is in Africa’s young middle-class population which is fuelling demand. The continent is home to the youngest population in the world where more than half of the continent’s one billion people is below the age of 20.

There is, then, a growing middle-class beauty market in Africa with close to half a billion people fitting into this category. Middle-class Africans are majorly young, educated and largely dwelling in cities meaning that they are aware of trends in fashion and grooming. Another interesting fact about this demography is that it has more spending money at its disposal.

With money comes exquisite tastes and desires which are driving the consumer demand for beauty and skincare products across Africa.

Unlike years gone by, women who tend to be the biggest consumers of cosmetics now have more spending power. In trying to keep up with societal demands and the pressure to look and feel good, women remain the key drivers of the cosmetics market on the continent.

For Africa and those interested in investing in the continent’s beauty sector, hair products and extensions, skincare and make-up products take up the largest proportion of the cosmetics industry. These also happen to be the most lucrative segments of the global cosmetics market.

Cosmetics categories to invest in Africa

The major cosmetics categories in Africa that entrepreneurs can focus on include:

This segment makes up 20 per cent of cosmetic products sold on the market according to various estimates.  It includes all products used on the hair like hair gels, conditioners, shampoos, pomades, dyes, relaxers, hair extensions and styling products. Salons and barbershops are the biggest spenders in this category but the end consumer remains vastly women who use a wide array of these products.

Men are also joining the league of spenders as grooming for them becomes a matter of personality booster and self-esteem priority.

Skincare makes up for nearly 30 per cent of all cosmetic products sold in Africa. The sector has several competitors under different brands offering formulas and products.

Sales are driven by the need in caring for different skin types, including normal, dry, oily, and sensitive. Already, there are several local and international brands that are releasing products every year.

The products in this segment fall under the Fast Moving Consumer Goods (FMCG) category since they are on high demand and are quick consumption.

Many international designer brands in the market like Maybelline, Mac and Fenty were among the frontrunners in this sector on the continent. Fenty Beauty was launched on September 8, 2017, by Rihanna, the multi-award-winning musician.

Women, and now men, are using a wide range of products on the face, eyes, lips and nails. This category is unique, though, because it is segmented into many niches catering to several specific needs.

Companies using the ‘made for Africa’ approach are making waves on the continent as they push their products targeted at building confidence in their consumers.

Read: Rwandans tipped on beauty of customer care on business

Despite being a small segment of beauty products, the category is one of the most profitable in comparison to all other product categories.

For a long time, major designer brands dominated the category. With an investment on the continent in this category, the problem with counterfeits and knockoffs could be addressed.

Unilever and L’Oreal are some of the sector’s giants which have positioned themselves to tap into Africa’s fast-growing personal care and beauty market. The two companies have invested in ambitious innovation plans to capture the growing market created by the expanding middle class.

Sub-Saharan Africa has notable disparities between countries in the region when it comes to beauty product use. Approaching the region as a single market would be a fallacy; however, with the right combination of products and demand, investors can make good on their ventures.

South Africa remains the largest Sub-Saharan region market representing over €5 billion in revenue in 2017 while Nigeria just hit the €3.2 mark billion in 2020.

With Nigeria’s potential, Africa’s largest economy has become the investment destination of choice for international companies aiming at capturing the beauty and personal care market on the continent.

The opportunity for beauty products investors is that Africa is a complex continent with combined lifestyles, ethnicities and obviously different social and cultural situations. This means that investors in the sector have better odds than if the continent was homogenous.

Africa’s population is expected to hit three billion by 2065 which is more than the populations of China and India combined.  With this population growth, the potential in the African market is enormous. With rising disposable incomes, Africa’s 18 most populated cities could have a combined spending power of US$ 1.3 trillion. This is another way to look at why investing in the continent’s beauty products sector will give good returns.

Away from South Africa and Nigeria, Kenya, Uganda and Ethiopia are experiencing a burgeoning middle class which is a major driver of the markets for cosmetics and personal care products.

As it is, the saying that the early bird catches the worm will ring true for those who jump at the opportunity sooner rather than later.

By Laurence I. Sithole