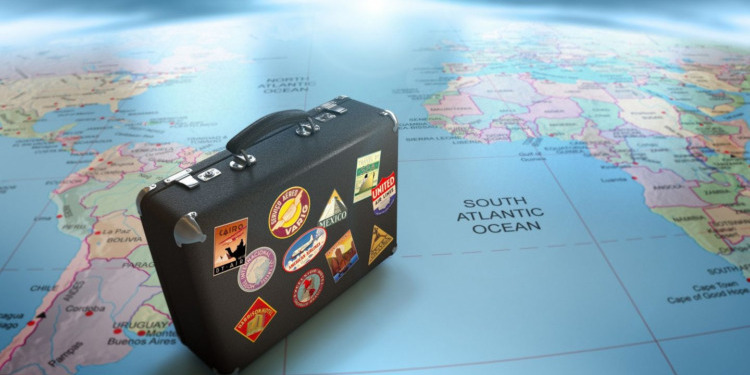 geographical arbitrage – the practice of seeing what is going to happen, what has worked (and what has failed) in one area of the globe, understanding where it could be replicated elsewhere on our planet. [Photo/iStock]

Geographical arbitrage is the practice of seeing what is going to happen, what has worked and where it could be replicated elsewhere on the planet.

by Opinion
in Investing
0
Share on FacebookShare on LinkedIn

There is a very old saying that “when America sneezes the world catches a cold”. Whether in an increasingly globalised economy this is still the case is debatable, but what if when America sneezed, instead of waiting to start coughing you instead purchased cold remedies in bulk to exploit the upcoming infections in Europe and the rest of the world?!

This is, in essence, geographical arbitrage – the practice of seeing what is going to happen, what has worked (and what has failed) in one area of the globe, understanding where it could be replicated elsewhere on our planet, and implementing the technology, business model and launch successfully as close to the “curve” as possible in your territories of choice.

I have long believed that there are only a few “Day Zero” countries – developed economies that are the earliest adopters of ideas, practices, trends and technologies that then spread across the world.

Generally, those countries are in North America, Northern Europe and small pockets of Asia such as South Korea or Singapore. The rest of the world operates months, years or decades behind them in terms of economic, intellectual and technological adoption.

This represents a compelling opportunity to invest in new technology and ideas that are already proven and fulfilling a business need in several markets. And, of course, doing so at a cost that is much lower than in the markets where it is successful. If I want to invest in an exciting start-up technology business in Silicon Valley it will require a dramatically higher investment than a similar venture in Lima, Nairobi or Estonia.

I may not be clever enough to see the future for the tech-savvy masses in New York but I can quite possibly see how a NY success could also boom in New Delhi.

If the principle of this geographic arbitrage makes sense then the next challenge is identifying proven ideas whose model is replicable and finding credible companies in territories that have the environment where the business can flourish. I have been working with a fund that does just that. They are based in China and their model is simple – look at the most successful and valuable businesses in China and analyse their likely success and value if duplicated in Latin America: taking a model proven in China and leveraging its power in a developing economy of more than 660m people where opportunity is huge and acquisition costs are relatively low.

When analysing a business in a developing market to decide whether to invest in it through the fund we ask six questions:

There are then multiple meetings with founders and directors, extensive research into the local economy and market, independent assessments and third-party validation of all the information and findings. At that point, the money managers vote on whether to support the business.

The fund receives access to deal flow from a much bigger and better-known tech investment business which means it sees some of the best opportunities out there. Even so, the last batch of companies passed through numbered just under 400 and the fund eventually invested in just 5 – less than 1.5 per cent so it is a tough gig!

As you would expect with such intense due diligence and tight investment criteria, combined with early-stage value, the returns are exceptional. In just four years the investments made into companies that made it to the fund have grown by nearly twenty times or 2000 per cent. They include a last leg delivery business that fulfils local deliveries for international businesses, an online bank, and a peer-to-peer used car sales platform. They are businesses that have returned exceptional value to investors but also created wealth, employment and community transformation in their countries of operation – capitalism meets impact investing!

Given how parlous the state of the world economy is at the current time I like these non-traditional investments that offer an element of risk that is well-mitigated by research and geographical arbitrage. I also like the idea of investing intelligently in developing economies with the lessons of previous territories and economies being learned and eliminated.

The reason there is so much interest in Latin America as an investment destination is that there is little value left in seed and early-stage companies in North America, Europe and even India. Over the coming years, LatAm will also lose its appeal as valuations start to exceed value.

There is, therefore, no doubt that the next geographical location in which this arbitrage will be practised is sub-Saharan Africa. One of Investment Owl´s goals for 2022 is to incorporate a fund that does for Africa what the existing fund is doing for South America. We will start small and localise in East Africa with the ability to scale across the whole of our continent. The model will be identical to our Chinese Fund partner – repIicate success, personalise experience culturally, scale significantly, exit early and return control to Founders. I would guess that by 2026 there will be notable inflows of capital aimed at duplicating the successes in LatAm, that were duplications of the successes in China that were replicas of the unicorns and decacorns in Silicon Valley. We want to be positioned to do this for Africa.

George Orwell wrote in his book “1984” that “who controls the past controls the future”. Our knowledge of the past in Europe and America positions us perfectly to maximise the future in Africa. Has there ever been a more exciting time to be alive?

Read: Why businesses should consider opening offices in small towns and villages