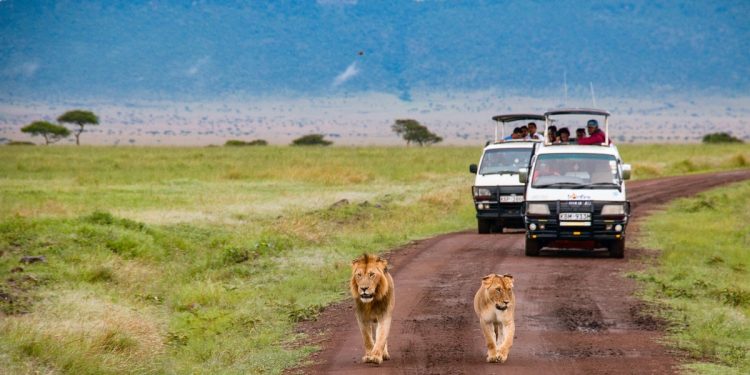 The performance has been mainly boosted by the increased international tourism arrivals into the country, conferences, leisure, and, sport activities

Kenya’s hospitality sector has continued to show resilience in its performance, development, and expansion activities.

According to a weekly report by Cytonn Investments, the performance has been mainly boosted by the increased international tourist arrivals into the country, conferences, leisure, and sports activities following the country’s reopening in 2021.

In the report, Cytonn noted that the overall number of operating hotels and hotel bed occupancies in Kenya has also been increasing.

For instance, in May 2022, Radisson Blu, an international hotel chain, resumed its operations in Nairobi’s Upperhill after being shut down for 16 months. It became the second five-star hotel to resume operations in the country after Norfolk hotel reopened in April 2022.

The report noted that the improvement is a sign of the hospitality sector’s recovery and the resumption of activities after being one of the worst-hit economic sectors with the onset of the pandemic.

“We expect the hospitality sector’s performance to continue being resilient, fuelled by factors such as aggressive marketing of the tourism sector, conferences and events boosting hotel and service apartments’ occupancies, and the safari rally expected to be hosted in Kenya annually until 2026,” the report noted.

Cytonn’s sentiments come when hotels in the East African nation have continued to expand.

The luxury camp, which sits on a 25-acre piece of land along River Talek banks, consists of 31 cottages worth 1,000 SQFT each, a 70-seater deck restaurant, a 700-hotel room capacity, and 15 safari tents.

The opening comes after the hotel group signed a management contract with Azure Hotels and Resorts in 2020 to merge operations, bringing its current branches to 7 branches countrywide. The other recent opening was the Westlands PrideInn, which was also rebranded from Azure Hotel.

The hotel’s opening is part of PrideInn’s plans to increase its footprint to all 47 counties in the country in the next ten years and has so far identified ten undisclosed counties that they aim to invest in.

PrideInn’s decision to open the new branch is mainly driven by several decisions, including the hotel’s strategic location in a tourism hotspot area i.e near the Maasai Mara National Park. It was also influenced by the availability of prime property for uptake and, the presence of adequate infrastructure promoting investments, accessibility, and, tourism activities such as the Maasai Mara Airstrip.

At the same time, Hilton Hotel, an international hotel chain, announced plans to open a new branch in Westlands dubbed Kwetu Nairobi, at the junction of Peponi and Kitisuru Roads.

Therefore, the 100-room hotel capacity will bring Hilton’s operating branches in Kenya to three, with the other two being Hilton Nairobi Hurling ham, and Hilton Garden Inn Nairobi.

The new branch is expected to affirm Hilton’s stay in the Kenyan hospitality sector after announcing plans to shut down its icon Nairobi Central Business District (CBD) branch indefinitely from 31st December 2022 in April 2022.

The decision to invest in Westlands is driven by several factors, including proximity to the Nairobi CBD and Westlands’ popularity as a commercial zone, thus suitable for hospitality activities such as conferences and meetings.

It is also informed by adequate infrastructure and amenities such as the Nairobi Expressway, Westgate Mall, and Kitisuru Road.

There are also numerous international embassies and organizations that are critical markets for the hospitality sector, with others being the German Embassy, Netherlands Embassy, Eastern Africa Farmers Federation, and HD Centre for Humanitarian Dialogue.