by Francis Mwema
in Investing
0 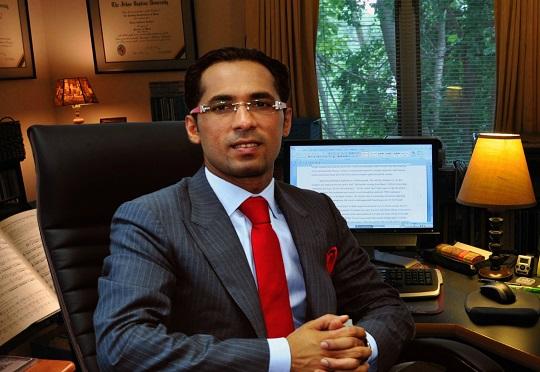 Tanzanian billionaire businessman and owner of MeTL Group, a Tanzanian conglomerate Mohammed Dewji has been appointed by South African Cyril Ramaphosa as his Investment advisor.

In a statement released on April 7 by MeTL says that Mr. Dewji together with other colleagues appointed on the Investment advisory council will be responsible for the development and implementation of strategies and programs to attract and retain domestic as well as foreign direct investment to the Republic of South Africa.

In 2019 South Africa’s president Cyril Ramaphosa visited Tanzania to meet with his Tanzanian counterpart to deepen and strengthen economic ties through expanded trade and investment marking a decade long cooperation between the two Nations.

South Africa is Tanzania’s biggest purchaser of exports, importing $743 million worth of products from Tanzania in 2017.

The relationship goes both ways with Tanzania importing South African goods worth $437.7 million in 2018.

Speaking on March 29 this year Mohammed Dewji applauded the big investment opportunities in Tanzania even as he called the press to stop being negative on business and investment in the country as it scares out Investors.

“There is a lot of negative press around our beautiful country, Tanzania. I just want to put things into perspective. I believe that there is huge investment opportunity in Tanzania. In the last five years, specifically, even through Corona, we were one of the fastest growing economies in the world. We took a gamble in that there was no lockdown. Many countries went into negative growth but Tanzania has done very well. If you look at macroeconomics, we did get hurt in the tourism sector.” But the fuel prices were low so that compensated for the amount of dollars we needed to use to import fuel. Gold prices were up.

Dewji added; “Tanzania is one of the top five exporters of gold. Over the last five years, Tanzania’s currency has only devalued less than 1% against the US dollar. Inflation is about 3% to 3.5%. Our late President Magufuli has been very strong in terms of zero tolerance on corruption. This is good for our country and for Africa in general because he has changed the rules of the book. Gone are those days where people would just come and get a free ride. I just want to give confidence to people to come and invest. We are very open for investment and I welcome them on behalf of Tanzania”, says Mohammed Dewji.

WHO IS MOHAMMED DEWJI

Mohammed Dewji is the CEO of METL, a Tanzanian conglomerate founded by his father in the 1970s and the largest privately owned conglomerate in Tanzania

Dewji a graduate of bachelor’s degree in international business and finance and a minor in theology from Georgetown University in Washington, D.C. became the chief financial officer of the Mohammed Enterprise Tanzanian Limited {MeTL} two years of working with the company. He acquired Companies that were being privatized by Tanzanian Government in early 2000s inexpensively turning them into profit centers by trimming personnel expenses.

He served as Member of the Tanzanian Parliament for Chama Cha Mapinduzi from 2005 to 2015 for his home town of Singida,

According to Forbes he has an estimated real time networth of $1.6B positioning himself as one among the richest person in Africa and the continent’s youngest billionaire. Dewji is also the first Tanzanian to cover Forbes Magazine in 2013.

He is known of his philanthropic nature having formed the Mo Dewji Foundation in 2014 and joined the Giving Pledge, in an effort to help address society’s most pressing problems by inviting the world’s wealthiest individuals and families to commit to giving more than half of their wealth to philanthropy either during their lifetime or in their will hence becoming the first Tanzanian and third African to have made the Pledge.