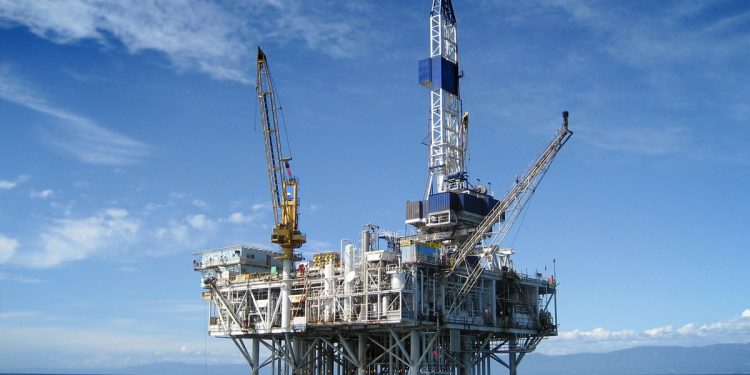 The oil & gas industry in Africa is a new story in the making. Mozambique is leading the way in tapping Africa’s natural gas sector. [Photo/ Energy Industry Review]

Most of Africa’s gas remains undeveloped or it is exported with its potential to generate local value still underexploited.

To change this, the African Energy Chamber (AEC) is seeking to support and expand several gas monetization and valorization initiatives such as: increasing the use of CNG in transport, expanding PNG networks for households and industries, developing small-scale LNG infrastructure, supporting deals on gas-to-power, petrochemicals and fertilizers, and improving access to data on gas supply and demand in the continent.

“From Senegal to South Africa, natural gas is taking an increasingly important place within the continent’s energy mix,” notes AEC.

This means that the sector needs investing in to benefit the continent by contributing fully to its economic growth.

The African continent is home to the world’s largest recent gas discoveries, especially in Senegal and Mozambique with governments across the continent increasingly recognizing the benefits of using African gas to drive economic growth.

“Natural gas has been good as an export commodity for African economies such as Nigeria or Equatorial Guinea. But good is not enough anymore as we recover from the most severe industry and economic crisis in recent history,” says Nj Ayuk, Executive Chairman at the African Energy Chamber.

“The African Energy Chamber has put the development of strong African gas markets to the forefront of its priorities,” he adds.

Towards achieving the goal of monetizing natural gas resources in Africa, AEC and the Mozambican Oil & Gas Chamber (CPGM) have signed a cooperation agreement to support the development of local content in Mozambique and the attraction of investments into key segments of the country’s energy industry.

With multi-billion-dollar LNG projects under construction, including Coral South FLNG and Mozambique LNG, the country is on its way to becoming a global gas market and competitive African energy frontier.

“Ongoing developments, and potential future ones such as Rovuma LNG, have the potential to transform the Mozambican economy not only through the generation of revenues for the state but also through the monetization of domestic gas across industries,” notes AEC.

As it is the case with other upcoming African producers such as Senegal or Uganda, Mozambique has a unique opportunity to propel its economic growth via the sound development of its natural resources.

However, such a journey will be successful only if beneficial to the local economy, local goods and services, and local jobs creation.

AEC adds, “Only by building domestic capacity, promoting an enabling environment for investors, and adopting best industry practices can Mozambique succeed in becoming the energy frontier the continent is hoping for.”

Both institutions have agreed to join their resources and efforts in order to support technology transfers, attract investments across the value chain and promote joint-venture and partnerships between local companies and regional and international firms.

“Mozambique has already set an example of sound policy and governance, which is why key FIDs have been successfully taken and major infrastructure projects are currently under-construction. However, true sustainability will come from the local value generated by such developments.

Ayuk adds that the Government of Mozambique has taken initiatives to build domestic capacity and intends to work closely with the private sector via its partnership with the Mozambican Oil & Gas Chamber to offer all possible support to the development of the Mozambican gas industry.

Florival Mucave, Chairman of the Mozambican Oil & Gas Chamber, said that his organisation is growing rapidly in order to represent Mozambique’s private sector and advocate for the sustainable development of the country’s hydrocarbon reserves.

“We believe that partnerships and a strong public-private dialogue are what will make the development of our industry a successful one and create jobs for Mozambican women and men. We look forward to our cooperation with the African Energy Chamber and to leverage on their global network to promote Mozambique as an energy investment destination,” he added.

Elsewhere in Gabon, the ongoing 12th Offshore Licensing Round was launched in November 2018 and has already been met with significant success, according to AEC.

The round has resulted in the signing of a record number of PSCs in sub-Saharan Africa last year.

In response to ongoing market conditions and the pandemic, the Ministry of Petroleum, Gas and Mines extended the submission deadline beyond April 30th, 2020 giving investors an opportunity to keep studying what is one of Africa’s hottest upstream frontier, with 35 blocks on offer.

The country’s new Hydrocarbons Code, Law No. 002/2019 of July 16th, 2019 now offers a more competitive upstream fiscal regime, provides an even better enabling environment for investors, and promotes the development of marginal fields by local players.

Until the start of the covid-19 pandemic and the subsequent production cuts, Gabon had also successfully managed to reverse a historic decline in domestic oil production and had made new significant offshore discoveries.