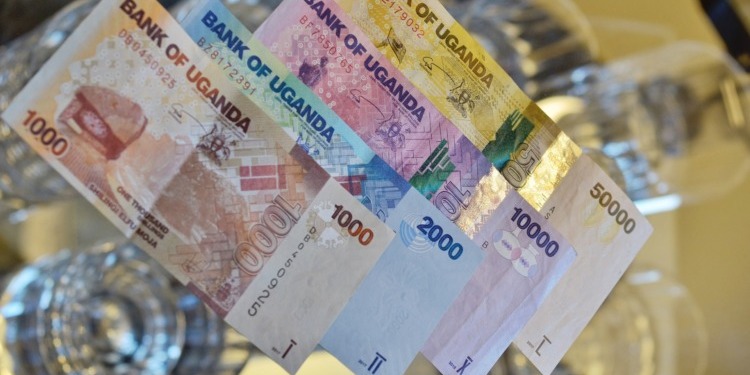 Kenya, Tanzania, Rwanda and Uganda, are now working towards building their economies and trading among themselves as they battle the virus.

One of the most vibrant economies in the world, sub-Saharan Africa is slated to bounce back from the shocks of COVID-19 which left a number of economies shaken to the core and hundreds of lives lost.

Despite the pandemic limiting several economic functions such as international travel—which marred tourism operations in East Africa, the region is expected to score growth of 3.3 per cent in 2021, according to a recent report by the World Bank.

The October edition of Africa’s Pulse report explicitly noted that the resurgence of the economy is promoted by elevated commodity prices, a relaxation of stringent pandemic measures and recovery in global trade.

Kenya, Tanzania, Rwanda and Uganda, are now working towards building their economies and trading among themselves in comfortable fashion away from the rather harsh pandemic trading operations rules.

Furthermore, the report pointed out that the region is still vulnerable “given the low rates of vaccination on the continent, protracted economic damage, and a slow pace of recovery.”

Also, the economic trajectory of the region for 2022 and 2023 is expected to remain below 4 per cent, continuing to slow down the recovery in advanced economies and emerging markets and reflecting subdued investment in sub-Saharan Africa (World Bank).

What the report says about sub-Saharan Africa

Throughout the funnel of time, Africa’s economic performance has been changing since the beginning of the millennium. The International Monetary Fund (IMF) points out that several regions were in low-income status and fragile, but their total output has grown by more than 5 per cent in every year since 2004.

As the continent battles several challenges, climate change, inter-regional conflicts and the pandemic, the report argues that in sub-Saharan Africa, the economy is set to expand by 3.3 per cent in 2021, one percentage point higher than the forecast of the April 2021 edition of Africa’s Pulse, with projections for 2022 and 2023 just below 4 per cent.

“This rebound was fueled by elevated commodity prices, relaxation of stringent measures, and recovery in global trade. Commodity prices remain well above their pre-pandemic levels, with several reaching all-time highs. Oil prices rose above their pre-pandemic levels in the first half of 2021 but have plateaued more recently due to demand concerns and the gradual reversal of previous production cuts by the OPEC+ alliance. Metal prices remain generally stable on aggregate,” the report noted.

Further on, the report mentioned that surge in commodity prices combined with rapid growth in China in the first half of the year did boost African exports. Also, the rise in imports (2.17 per cent) however outpaced that of exports (1.67 per cent), generating a current account deficit comparable to pre-pandemic levels (-0.50 per cent). On the supply side, available data for the first two quarters suggest that the recovery was supported primarily by a rebound in the service and industry sectors, and to a lesser extent agriculture (World Bank).

The uneven vaccine rollout is a contributing factor in holding the region back from full recovery, as strains of the pandemic still hold several economies hostage, including Africa’s second top economy, South Africa.

The world is adapting and bringing healthy checks to a higher level, as Canada launches vaccine passports, which means vaccine rollouts could be the next determinators of business interaction internationally.

In this case, Africa with a population of more than 1.3 billion people is struggling to vaccinate its population. According to the World Health Organization (WHO) nearly a third of African countries haves vaccinated at least 10 per cent of their population.

Different financial organisations including the World Bank pin effective vaccination to be key in saving lives and strengthening economic recovery in Africa, shooting growth to 5.1 per cent in 2022 and 5.4 per cent in 2023, as measures are lifted, which will levitate consumption and investment.

As new variants of the virus hit Africa, limiting economic operations, as can be seen in South Africa when the Delta variant hit, it forced a level 4 lockdown, which marred the pace of recovery in crucial economic sectors.

“In addition, most countries in the region have failed to meet the vaccination goals of 10 per cent coverage by September and will miss the target of 40 per cent by end-2021. At the current pace, it will take some time for many countries in Sub-Saharan Africa to regain their pre-COVID-19 levels of activity. And a return to pre-pandemic output trends may take longer. The economic damage from the pandemic is expected to be protracted,’’ the report pointed out.

With this scenario on the table, developing economies such as Tanzania, are taking vaccination forward, with more than 940,000 people jabbed and expected to receive 500,000 Pfizer doses as part of the 3.7 million doses expected under the Covax facility.

More importantly, it is argued by the Bank that the faster the rollout of the vaccine, the prosperous the economic growth, as the report noted that, “faster vaccine deployment would accelerate growth to 5.1 per cent in 2022 and 5.4 per cent in 2023 in Sub-Saharan Africa—as containment measures are lifted faster than in the baseline and spending increases. In contrast, slower vaccine delivery and coverage would impede the relaxation of COVID-19 disruptions in economic activity and project growth to slow down to 2.4 per cent in 2023.”

Africa has different economic progressions across the countries, so the performance of recovery is also not even. According to the report, Angola, Nigeria, and South Africa, the largest economies in the region, are expected to emerge from the 2020 recession, yet at different paces.

In East Africa, where economies were shaken by the pandemic, several measures were taken to strengthen fiscal performance.  For instance in Tanzania, the central bank’s monetary policy committee—in charge of making decisions and actions to ensure the supply of money in the economy is consistent with growth, provided the economy with stringent conducive monetary measures to shield the economy from pandemic shocks.

With the knowledge acquired on the pandemic and battle waged against climate change impacting Africa’s most pristine economic sectors—such as agriculture, Africa is arguably sufficiently capable of building strong measures and structures to safeguard itself from recession and economic crisis.

With the knowledge acquired on the pandemic and battle waged against climate change impacting Africa’s most pristine economic sectors—such as agriculture, Africa is arguably sufficiently capable of building strong measures and structures to safeguard itself from recession and economic crisis.