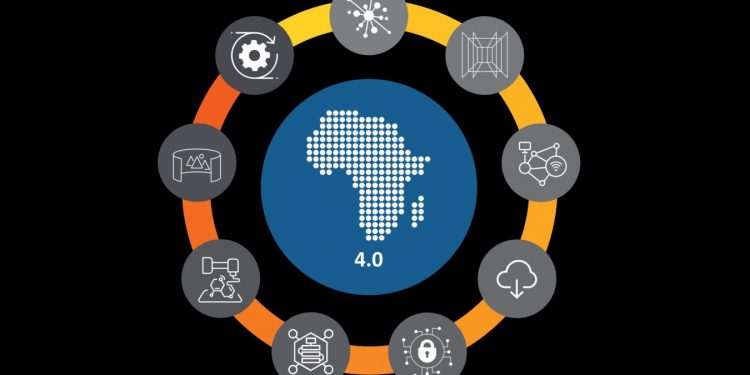 The 4th industrial revolution in Africa. Africa needs to commit to adopting new interdisciplinary approaches that speak to the present and future needs. [Photo/IOA]

Since the turn of the century, Africa’s GDP has grown by 4.6 per cent annually, on average.

Domestic demand has been Africa’s key driver of the growth performance accounting for 69 per cent of annual growth between 2000 and 2018, according to the African Union (AU).

This makes it a good opportunity for local firms to grow in size and productivity.

On the tech front, start-ups in Africa have also increasingly emerged with the top three activities relating to information technology and communications (ICT) and internet services; digital applications and software; and the creation of audio-visual content and broadcasting.

This rapid growth in the tech sector is an indication of a positive shift towards the 4th Industrial Revolution. The continent, if it prepares itself through adequate policies and readiness of the private sector, could enormously benefit through industrial development, digitalization and greater integration.

The African Union Commissioner for Economic Affairs, Prof Victor Harrison notes that in turn, this would result in greater opportunities for Africa’s growing youthful populations.

For Africa, the 4th Industrial Revolution is expected to create up to US$ 3.7 trillion in value to manufacturing firms across the globe. The impact of the technology continues to be felt in the breakthrough advances recorded in sectors such as healthcare, agriculture, energy, education and telecommunication.

With the importance attached to the 4th Industrial Revolution, the AU is planning the 4th Specialized Technical Committee (STC) Ministerial meeting on Finance, Monetary Affairs, Economic Planning and Integration.

Currently, only about 3.1 million jobs are created each year on the continent compared to the over 12 million young people in search of employment.

To address this gap, Prof Harrison says that Africa needs to commit to adopting new interdisciplinary approaches that speak to the present and future needs.

The discussions on the 4th Industrial Revolution also build on the implementation of the African Digital Transformation Strategy that was adopted at the recently concluded African Union Summit.

This strategy is seen as a leapfrogging opportunity for the continent to fully adopt technologies such as artificial intelligence, robotics, blockchain, drones, wearable technologies, 3D printing, big data, and software-enabled industrial platforms.

However, in order for the Digital Transformation Strategy to be successful, affordable, accessible and reliable infrastructure is critical and imperative to achieve an inclusive digital transformation.

The meeting will also look at improving the business environment by strengthening industrial linkages. The Ministerial meeting will also address the structural deficits under the regulatory frameworks that support technological development and advanced manufacturing.

As demonstrated in the African Union Commission flagship economic report Africa’s Development Dynamics 2019, African countries cannot replicate past approaches to industrialisation, due to the evolution in the development landscape.

The productive transformation continues to be influenced by a variety of factors.

For instance, the manufacturing sector increasingly depends on service and other sectors such as ICT, marketing, transport and distribution. Such services counted for 40-42 per cent of the value addition in Egypt, Ethiopia and Kenya in 2015.

Globally, services support functions make up between 25 per cent and 60 per cent of employment in manufacturing firms. These indicators, therefore, reflect the overarching need for governments to focus on strategic value chains besides manufacturing.

The meeting will also identify the drivers of change and their likely consequences over the next half-century, and propose policy choices and the role of the private sector to enable Africa to fulfil its potential in the years ahead.