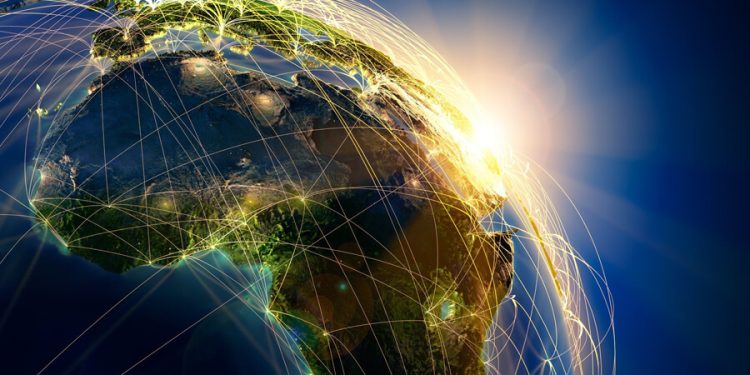 An illustration of Africa/ telecomreviewafrica.com

by Kanyali Muthui
in Business, Tech & Business
0
Share on FacebookShare on LinkedIn

Leaders on the African continent must work harder to harness emerging technology to boost government performance, transparency, and inclusivity as the continent recovers from the Covid-19 pandemic.

They also need to ensure that the growing technological advancements across the continent are not used as a tool of repression, division, and conflict.

According to a study by the World Health Organization, 13 percent of all new or modified technology developed to respond to COVID-19 is African.

Across the African continent, there is a rapid spread of the internet which has been heralded as a key driver of prosperity and a sign that the continent’s technological ecosystem is coming of age.

A report by the African Development Bank notes that today, at least a quarter of the continent’s population has internet access, a nearly fifty-fold increase in internet usage since the turn of the millennium.

“By 2030, the continent could achieve rough parity with the rest of the world when three-quarters of Africans are projected to become internet users,” the report further states.

Additionally, mobile technologies alone have already generated 1.7 million jobs and contributed US$144 billion to the continent’s economy, or roughly 8.5 percent of GDP.

Platforms like Kenya’s M-Pesa have helped propel Africa ahead of other areas as a hub for mobile peer-to-peer lending. The continent registers close to half of the world’s mobile money accounts, according to the AfDB report states.

Although this is no small feat, a lot more still needs to be done to fast-track the uptake of digital technologies across the continent.

The role of education in accelerating digitization in Africa

Low-income Africans in rural areas without affordable internet and stable power will be unable to tap into the opportunities availed by internet access.

Because most African countries are low-income and tend not to rank among the world’s major technological powers, it is often assumed that the terms and conditions under which African states access and use new technology is beyond their control.

A study by the African Development Bank reveals that accelerating digitalization, artificial intelligence (AI), cloud computing, robotics, and 3D printing – have obvious and important implications for education, employment, and the future of work.

This is especially true for African countries which have over the past decade seen the share of the continent’s under-20 population expand by more than 25 percent.

Social, behavioural and non-repetitive cognitive skills are increasingly in demand around the world, whereas specialized job skills are becoming less relevant. Africa’s need for software engineers is rising while the need for accountants, mechanical technicians and administrative assistants is declining.

According to the United Nations Conference on Trade and Development (UNCTAD), the development and policy implications of cross-border flows of digital data will be a key area of importance in accelerating Africa’s digital transformation.

This as data is core to all fast-evolving digital technologies, such as data analytics, artificial intelligence (AI), blockchain, Internet of Things (IoT), cloud computing and other Internet-based services.

Data by UNCTAD reveals that despite increased uptake of digital technologies in Africa, only 20 per cent of people in the least developed countries (LDCs) use the Internet, when they do, it is at relatively low download speeds and with a relatively high price tag attached.

The report further states that while up to 8 in 10 Internet users shop online in several developed countries, the figure is less than 1 in 10 in many LDCs. Further, within countries, there are significant divides between rural and urban areas and between men and women. The largest gender divides are observed among LDCs and in the African region, the report adds.

There has been a significant uptick in investment in African tech start-ups over the past few years which is expected to grow exponentially in 2022.

Africa: The Big Deal reports that in the first seven weeks of 2022, rounds of finance raised by African entrepreneurs exceeded  US$1 billion in US dollars.

With investors looking beyond the continent’s post-pandemic future, Africa is expected to draw even more foreign investment as entrepreneurs in the continent get off to a promising start in 2022. The record 1 billion dollars raised in just seven weeks up until mid-February 2022 shows that the continent’s burgeoning IT scene appears to have gained herd immunity against the economic impact of Covid-19, as reported by Africa: The Big Deal in its Paystack newsletter service.

Although Tunisia and Ghana are also doing quite well, they aren’t as well-known as the “Big Four” (Kenya, Nigeria, South Africa and Egypt) in terms of venture capital funding and deals, respectively, with 76 per cent of the funding and 78 per cent of deals going to startups based in one of these countries.

“With more than 40 per cent of the region’s population under the age of 15, young consumers owning a mobile phone for the first time will remain the primary source of growth for the foreseeable future,” the report noted.

Moreso US$155 billion of economic value added will be generated by mobile technologies and services across the continent by 2025. In 2020, transactions on mobile money platforms reached US$490 billion.

As African economies recover and restrictions ease, mobile technology will be even more integral to how people live and how business is conducted throughout the continent.

As a result, new digital solutions for small and large businesses as well as assistance for the increasing use of online channels by consumers will be visible.

“Strong investor confidence and consumer interest in digital platforms point to a digital-centric future for Sub-Saharan Africa, with mobile at the centre of the creation and consumption of innovative solutions,” GSMA stated. 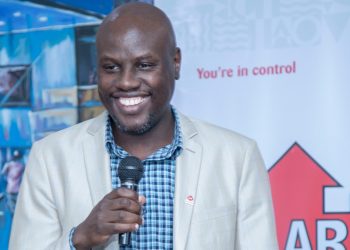