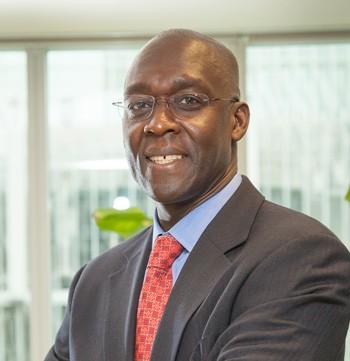 Africa has remained stagnant and regressed in terms of foreign trade, investment, per capita income, and other economic growth measures to date due to the effects of colonisation.

by Evelyn Shumba
in Africa's Development, Tech & Business
0
Share on FacebookShare on LinkedIn

Africa has experienced marginalisation and social exclusion since gaining independence from its colonisers. Among the policies developed during the colonisation era was the exclusion of Africans from any level of government, or if they were allowed to join, they joined without authority. This kind of racial discrimination is still being experienced in global workspaces to date. Africa has remained stagnant and regressed in terms of foreign trade, investment, per capita income, and other economic growth measures to date due to the effects of colonisation.

Poor governance and corruption, amongst other factors, have continued to repress Africa’s growth; however, more governments are taking the initiative to improve policies that promote education and health outcomes for their people, thereby reducing social exclusion and marginalisation.

This requires revolutionary leaders who are dedicated to seeing Africa rise above its challenges. Through hard work and sheer determination, some talented African leaders, like Dr. Ngozi and Makhtar Diop, have risen above the tide of Africa’s enormous challenges to take up global leadership roles. They have broken new ground and made Africa proud through their trailblazing efforts.

Above their personal traits and convictions, these individuals have utilised the most liberating tool in the world – education. They have earned their degrees at various tertiary institutions in America and Europe, and they applied their knowledge effectively to change the world for the better.

On February 15, thousands of Africans took to social media to celebrate the appointment of Ngozi Okonjo-Iweala as the boss of the World Trade Organisation. In her honour, Nigerian women formed the #AnkaraArmy and dressed like their idol. This was a moment of hope for the women and all Africans as they witnessed a new crop of African leaders with the ability to rise to the challenges of our times.

For the first time in the 25-year history of the World Trade Organisation (WTO), an African woman has become Director-General. Dr Ngozi Okojo-Iweala is not only the first African, but she is also the first woman to be selected for this position; she assumed her duties on March 1, 2021. She was very fortunate to receive a decent education in her home country, Nigeria, and she attended tertiary education in the United States at Harvard University and Massachusetts Institute of Technology (MIT).

Dr. Okonjo-Iweala began her 25-year career at the World Bank Group as an intern, and she returned after graduating and worked as a development economist. She held the post of Corporate Secretary and Vice President.  In 2003, she was appointed as Nigeria’s Finance Minister under President Olusegun Obasanjo’s administration.  In this role, she worked fearlessly and exceptionally with her team, carrying out notable projects, including building an electronic financial management platform for the government. She was then appointed as a Managing Director of the World Bank Group, where she led several World Bank initiatives to assist low-income countries during food and financial crises.

In 2011 Ngozi Okonjo-Iweala was reappointed as Finance Minister during President Goodluck Jonathan’s administration, with an expanded portfolio of the coordinating Minister of the Economy. She was the first woman to serve as the country’s finance minister, the first woman to serve in that office twice, and the only finance minister to have served under two different presidents. The issues she confronted as Finance Minister were politically thorny, economically cumbersome, and personally risky, but she courageously overcame them. Her life is decorated with numerous global awards in recognition of her sterling work. These include the Global Minister of the Year by EuroMoney Magazine, and in 2015 she was recognised by Fortune Magazine as one of the 50 Greatest World Leaders.

Another African representing the continent well is Senegalese economist Makhtar Diop, who has been appointed as Managing Director and Executive Vice President of the International Finance Corporation (IFC), an arm of the World Bank Group. His appointment took effect on 1st March, 2021, and he is the first African to hold that position.  Diop, a former Minister of Economy and Finance in Senegal, is currently serving as the World Bank’s Vice President for Infrastructure. He leads the Bank’s global efforts to build adequate infrastructure in developing and emerging markets that support inclusive and sustainable growth. He also served for six years as the World Bank’s Vice President for the Africa Region. Diop led efforts to increase access to affordable and sustainable energy and promote an enabling environment for innovation and technology adoption.

Diop also did his tertiary education abroad. He did his post-graduate studies in the United Kingdom at the University of Warwick and the University of Nottingham and earned his Masters’ Degree in Finance in France. As Minister of Finance and Economy in Senegal, he launched Senegal’s first Sovereign Debt Credit Rating with Standard and Poor. He introduced a restructuring of the Customs and modernisation of the Treasury. He has displayed an in-depth understanding in the field of finance and economics, and his exploits have earned him global recognition as an influential leader.

In 2020 another economist, Antoinette Monsio Sayeh, became the Deputy Managing Director of the International Monetary Fund (IMF). The apex of the institution’s leadership had never included an African. She held the post of Director of the IMF’s African Department for eight years, between 2008 and 2016.

“Sayeh led a profound transformation of the relationship between the IMF and our African members,” Kristalina Georgieva, Managing Director of the IMF said.

This former Liberian Minister of Finance previously worked for the World Bank for 17 years. Before joining the Bank, she worked in economic advisory positions in Liberia’s Ministries of Finance and Planning.

Antoinette Sayeh holds a BA in economics and a PhD in international economic relations from the Fletcher School at Tufts University in the USA.

All the above-mentioned Africans have shown their prowess in the field of economics. Through hard work and sheer determination, they have conquered this field.  In a world where racial discrimination and gender inequality are widespread, they have shown that education is indeed a liberator. If Africa focuses on bringing education levels to world standards, even Africans can shine.

All stakeholders’ concerted effort towards developing education systems is necessary if more Africans are to rise to leadership roles within the worlds multilateral organisations. Having African representation is crucial to the continent’s inclusion in policies that affect the world.

Education is the biggest solution and cure for marginalisation and social exclusion. Without an adequate skills base, Africans will remain on the wayside and cannot rise to leadership roles of this calibre. Dr. Okonjo, Diop, and Sayeh have shown how and the rest of the continent needs to learn from them.