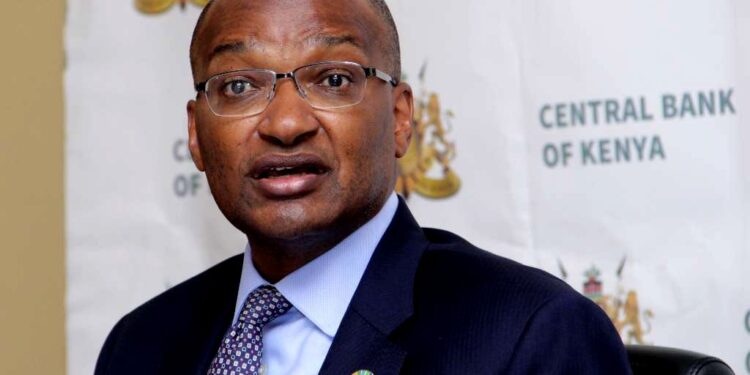 According to The Mastercard New Payments Index survey, 43 per cent of Kenyans say they plan to use cryptocurrency in 2022, with more than 69 per cent noting they are more open to using crypto than they were a year ago.

by Joseph Kangethe
in Cryptocurrency, Kenya
0
Share on FacebookShare on LinkedIn

The Central Bank of Kenya (CBK) remains adamant about lifting the ban on cryptocurrency use in Kenya.

CBK Governor Dr Patrick Njoroge said on January 27 that the bank’s position on the restrictions of cryptos like bitcoin in Kenya remains in place.

The CBK has also issued circulars to local commercial banks warning them against dealing with cryptocurrencies transactions or face penalties for non-compliance. The last circular was issued in 2018 and has remained in action up until now.

While delivering the monetary policy announcement where the monetary policy committee retained the base lending rate at seven per cent for the 12th time, Dr Patrick said that their position had not changed on any of the crypto products in the market.

Read: How safe are digital currencies and are they legal?

“What is the need that they are filling? Or is it a new tool, and we are interested in just the technology but not how it will help citizens in the country,” Patrick Njoroge said.

He said that technologies should have a problem to solve, but cryptos support illicit trading.

Commercial banks in Kenya have been stamping out customers with bank accounts for cryptocurrency transactions. Some have gone to the extent of issuing notices to customers buying cryptocurrencies, warning them of permanent closure of accounts.

NCBA Kenya, among other banks, warn against crypto trade

BitcoinKE reports that some banks have warned their customers on the dangers of cryptocurrencies, advising them not to buy, hold, or trade in virtual currencies. NCBA Bank Kenya is an example of such, and they have been sending emails to clients who have in the past transacted in crypto.

NCBA said that some of the risks associated with crypto exchanges include:

Despite the stance by the Central Bank of Kenya against cryptocurrencies, Kenya leads Africa in crypto adoption and stands fifth in the world, according to the latest report by Chainalysis.

Peer-to-peer trading, or P2P, is the buying and selling of cryptocurrencies directly between users, without third-party interference or regulation. The P2P transactions in Kenya report a high volume due to the ban by the Central Bank.

In 2021, crypto adoption jumped by over 880%, with P2P platforms driving usage in the emerging market. In Kenya, many used crypto to conduct international transactions for individual remittances and purchase goods to import and sell.

According to The Mastercard New Payments Index survey, 43 per cent of Kenyans say they plan to use cryptocurrency in 2022, with more than 69 per cent noting they are more open to using crypto than they were a year ago.

Central Bank of Kenya aims at adopting a CBDC.

However, the CBK’s governor was optimistic and quite open about the possibility of the country adopting a central bank digital currency (CBDC). In the monetary policy briefing, he said they would release more information about the space in the near term.

Kenya eyes at adopting a CBDC to facilitate cross-border payments.

A CBDC is a country’s national currency existing solely in electronic form, under issuance and regulation of the nation’s monetary authority and supported by the government.

Dr Patrick said that CBDCs could reduce the time needed to complete cross-border payments in addition to significantly cutting costs.

The crypto and CBDC market is an exciting space to see how it develops in the East African country.