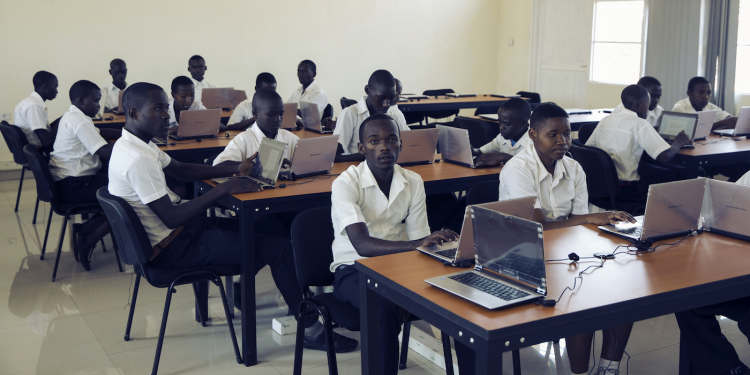 The Internet Society has been at the forefront of supporting the construction and growth of Internet Exchange Points (IXPs), which permit and stimulate local traffic

As the Internet Society (ISOC), a global non-profit organisation that advocates for an open and globally linked Internet, celebrated its 30th anniversary, the organisation demands urgent action to advance Internet growth throughout the African region.

Dawit Bekele, the Africa Regional Vice President of the Internet Society, lauded stakeholders’ progress in expanding access across the continent while encouraging more collaborative efforts to bridge the digital divide during the World Telecommunication Development Conference (WTDC) 2022 in Kigali, Rwanda, under the theme “Connecting the unconnected to achieve sustainable development.”

Sub-Saharan Africa has seen the fastest increase in worldwide Internet penetration, from less than 1 per cent in 2000 to 30 per cent now. The use of the internet in Africa increased by 23 per cent between 2019 and 2021. Despite this amazing expansion, there is still an unmet need for dependable and cheap Internet connection for approximately 840 million people.

“The Covid-19 pandemic highlighted the usefulness of Internet access, which has been a necessary lifeline for the continuation of businesses, healthcare, education, government, and other essential operations.

“We welcome the tremendous expenditures that have been made over the course of the last few decades to improve Internet infrastructure, which has resulted in more people throughout the continent having access to the internet. However, the pandemic also exposes the digital divide that continues to exist, particularly in rural, remote, and even urban regions around the world, as stated by Bekele.

Community networks can help bridge the digital gap. They are communications infrastructures that are developed, operated, and used by local communities and provide a long-term solution to connectivity shortages in underserved areas. The Internet Society has a long history of collaborating with communities throughout the world to fund, develop, and teach individuals to administer and maintain community networks.
The Internet Society has assisted in the development of community networks in South Africa, Zimbabwe, Uganda, Nigeria, Kenya, Namibia, Senegal, Morocco and Ethiopia. And the Democratic Republic of the Congo.

Internet Exchange Points (IXPs) and the infrastructure that goes along with them are critically important to the growth and maintenance of healthy and robust internet ecosystems.

This has been especially evident in Kenya, where the rate of Internet ecosystem development has accelerated significantly since 2012. The effort has contributed to an increase in the number of people using the internet, which is projected to rise from 0.4 per cent of the population in 2012 to 41.9 per cent of the population in 2020, with approximately 70 per cent of the traffic coming from within the country.
Localising Internet traffic has resulted in significant cost reductions for participating networks, positioning the country well to engage in the digital economy.

The Internet Society has provided technical capacity training in Internet routing technologies to Kenyan network operators and assisted in the creation of community networks such as TunapandaNET in Kibera, Lanet-Umoja in Nakuru and AHERI in Kisumu.

As a member of the Partner2Connect Digital Coalition, which is an initiative led by the International Telecommunications Union (ITU) with the goal of fostering beneficial connectivity and the digital revolution in the communities all over the world that are the most difficult to connect, the organisation will make a pledge at the World Telecommunication Development Conference (WTDC) to support 100 complementary solutions to connect the unconnected and to train 10,000 people to build and maintain Internet infrastructure by the year 2025. Both of these goals will be accomplished by 2025.

The interconnection of users, local networks, and content providers is something else that is absolutely necessary for the spread of Internet access throughout Africa. At the moment, a number of millions of dollars are spent each year in order to route local Internet traffic through pricey international cables. This not only slows down and increases the cost of using the internet for people who use it, but it also restricts the types of programmes that can be run on the local internet.

This is why the Internet Society has been at the forefront of supporting the construction and growth of Internet Exchange Points (IXPs), which permit and stimulate local traffic. These IXPs can be thought of as “Internet traffic interchanges.”
Research conducted by ISOC demonstrates that IXPs boost the quality of the end-user experience, reduce the cost of access, and encourage the growth of local Internet ecosystems and international interconnectivity. IXPs that are competently managed can open up new realms of possibilities with a relatively small financial outlay. They do this by enhancing the quality of local Internet services while simultaneously lowering their prices.

Concerning the Internet Society
The Internet Society is an international non-profit organisation founded in 1992 by Internet pioneers to guarantee the internet stays a force for good for everyone. The organisation defends and supports Internet rules, values, and protocols that maintain the internet open, globally linked, and secure through its membership community, special interest groups, and more than 120 chapters worldwide.