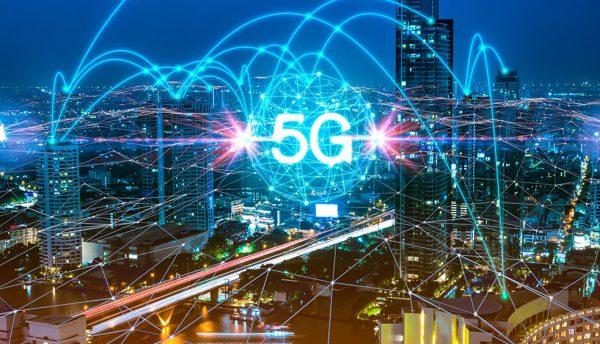 The MTN and Huawei partnership will establish a Joint 5G Innovation Programme, which will assess and work on new technologies such as 5G and Artificial Intelligence (AI).

by Caroline Muriuki
in Africa, Tech & Business
0
Share on FacebookShare on LinkedIn

MTN has begun the process of developing 5G technology as part of an evolution plan across its operations.

During the C-Band 5G trial launch, MTN signed a Memorandum of Understanding(MoU) with Huawei Technologies. The MoU will allow the two companies to research and innovate towards developing 5G technology.

“Three years ago, this was unheard of. There was no infrastructure to support 5G. However, with research, we have moved greatly. With this technology, you do not need fibre and more people will be keen to use 5G. The future is here,” Mr Chiarelli said.

The MTN and Huawei partnership will establish a Joint 5G Innovation Programme, which will assess and work on new technologies such as 5G and Artificial Intelligence (AI).

The 5G technology is also expected to be a driving force towards achieving social impact programmes such as smart cities and education solutions.

According to Mr Chiarelli, the 5G technology has been tested on four elements such as speed, which averaged at 1635 Mbps, video gaming such as video assistant referee, safe city, which does facial recognition and arm robotics.

The Huawei carrier business vice president for southern Africa, Mr Dean Yu said 5G was at the stage of large-scale deployment. He also noted that the 5G era will significantly simplify services and allow a number of capabilities to be mapped from clouds to devices.

Currently, MTN operates two generations 3G and 4G across its networks in Africa. With the partnership, MTN will be able to build advanced technologies, which will be key in economic development.

Speaking during the meeting, Mr Ian Paterson, the Africa chief investment officer, noted that the biggest challenge today remains the cultural shift and advised companies to begin to get change agents who are willing to take forward the digital culture.

Shalk Visser, the Cell C chief technology officer, said there was a need to change “our mindset to focus on the digital journey.”

The AfricaCom meeting is the biggest gathering of telecommunications companies.

NJ Ayuk: Stop giving us aid, it's killing us!