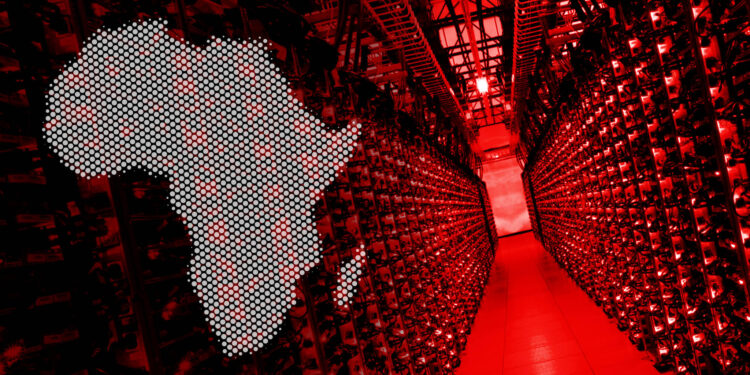 African governments are not adequately protecting data from the continent. [Photo/Financial Times]

Africa is a data goldmine. Will it reap from this advantage?

International parties have introduced us to western culture in the way we run our day-to-day lives, from electronics, the internet, clothing, building construction to the extent of how to run governments.

“Africa has the potential to become the richest continent in the world,” experts continually say.

Still, one would ask why the potential appears to be a far-fetched dream as many nations in the continent continue sinking into dependency and poverty.

For centuries, Africa has been exporting raw materials, only for the same materials to be processed and imported back into the continent with expensive tags.

Just as it has been with the natural resources wealth in Africa, there is a probability that the same will happen with data, which is the new ‘oil’ or ‘gold’. As is evident, African governments have failed to protect the economic interests of their people, where the natural resources have become a curse.

Will this be the same with data?

How independent are African governments when it comes to the new dispensation where every African is commoditised? Are state and individual data secure?

How demanding are agreements signed with investors and creditors from across the world?

A case in point is digital currencies. Who owns the rights to these currencies?  How traceable are they, and how much information is given when they become a part of daily life?

Read: Africa’s richest men who became richer in a pandemic
Again, is it possible that International parties could use digital currencies to sabotage Africa and bend it to do their masters’ will at the expense of the welfare of the 1.3 billion people on the continent? Also, will these digital currencies kill the ambition of creating a unified continental or regional currency?

Africans have been fed with the thought that it is unsurmountable for the continent to be self-sustainable. International parties have introduced us to western culture in the way we run our day-to-day lives, from electronics, the internet, clothing, building construction to the extent of how to run governments.

Is Africa facing well-furnished neo-colonialism? With data being the “new currency,” whoever controls data controls the economy. Here are some instances of how international parties are collecting information about Africa.

The most extensive data centre operators worldwide are racing to buy and build capacity in Africa.

A data centre is an extensive network of computer servers commonly used by organizations for remote processing, storage, or distribution of large data compilations.

Teraco serves more than 600 customers, 275 connectivity providers, over 25 cloud and content platforms, and an average of 300 enterprises across Cape Town, Johannesburg, and Durban. The US-based firm now controls all that information.

Let that sink in!

MainOne is a data centre and connectivity solutions provider in Ghana, Nigeria, and Cote d’Ivoire. Equinix expects the acquisition to complete in the first quarter of 2022.  The transaction will cost US$320 million – an enterprise value that experts believe is too low for the provider’s worth.

Other companies such as Amazon Global Network and Microsoft are also keen on expanding investment in Africa’s data centre industry.  These companies are investing in the industry, but they may also be eyeing to access information about Africa’s businesses.

Tech companies have experienced growing influence financially and even economically.

One of the fascinating inventions in the world is satellite technology. Satellite imagery has made the globe a small village, observable from a control room.

According to the Union of Concerned artists, 6,542 satellites were orbiting the earth on January 1, 2021.  Forty-one of those come from African countries. There is no single satellite that has been created solely by an African country.  Most of them have had to be boosted by other countries like China, the US, Russia, India, etc.

Recently, a SpaceX rocket launched on January 13 carried three South African-made satellites that will help the country police its waters against illegal fishing operations. The satellites will also survey the waters of neighbouring countries, creating a source of revenue for South Africa.

Information collected by satellites is hazardous if it falls into the wrong hands. Satellite imagery can detail civil defence operations and detect underground water and mineral resources.

The power of satellite imagery is evident as both Russia and the US have restricted each other’s satellites from moving over their space.

Surveillance through cameras in cities and electronic gadgets

Surveillance from installed cameras in cities and major towns in Africa is another data source.

Electronic gadgets such as laptops fitted with cameras appear speculative. What purposes does the data collected from these cameras serve? The breach of privacy does not pass unnoticed, as most of those companies installing the cameras are from foreign investors.

The Internet and electronic devices

Ninety-six per cent of Africans use Google as their preferred search engine. The number of times websites and applications pop up the “accept cookies” and “I accept the terms and conditions” is countless.

A considerable percentage of people rarely read the terms and conditions or understand what it means to accept these cookies. We give rights of access to our information without even knowing it. We upload photographs, send messages and research on these platforms, which cumulatively provide site owners with priceless information otherwise known as data.

From the information we upload or search on social media platforms, these sites can predict the economic state, the people’s health status, and even the outcome of national elections.

Owners of these sites capitalize on people’s ignorance about the power of uploading on the internet.

These digital platforms are western, which gives a sense of digital colonization. Say hello to your new colonisers, Africa.

Facebook has had a long history of privacy scandals. Speculations of the social media platform sharing information with the US intelligent services and advertising agencies have come to play.

However, Facebook is extending 2Africa, the world’s most extended subsea cable, to increase internet connectivity in Africa. The cable connects 33 nations. This is massive!

According to Facebook, it targets to provide affordable internet connections to 1.2 billion people on the continent. This begs the question, what cost is it to the Africans since this is ‘free’? Freebies are not free, and they have a cost that has to be borne by someone. In this case, it is Facebook, but for what reason? Philanthropy?…

Google has also taken significant steps to invest in Africa.

The company, which has already installed 10,000 miles of submarine cable, is injecting US$1 billion to support digital transformations and add a subsea cable to increase internet speed across the continent.

Google says that its Equiano subsea cable will increase network capacity twenty times.  According to the managing director of Google in Africa, the subsea cable will reduce internet prices by 21 per cent and indirectly create 1.7 million jobs in Nigeria and South Africa.

Is that cost equivalent to the value of data that Africans give out?

The reality is that social media sites can be used as weapons to popularize or denounce an idea by simply posting them to appear as frequently on the sites. The social media pages can regulate the content consumed by the users, and that in itself is power in their hands.

All these scenarios show how exposed Africa is, in tandem with debt. When weaponised, too much data and debt are a lethal combination. This raises the question of using debt for leverage.

Public debt in 2021 soared above 50 per cent of GDP in more than half the countries in sub-Saharan Africa.

The most worrying factor is that the continent owes a considerable share of the debt to private banks and bondholders. The debts offer a colossal avenue for the banks and bondholders to bargain for development contracts from the debtors. Throw in the data Western corporations have on Africa and the most indebted countries have their goose cooked if these African countries default.

The debt lenders tie most of these debts to development projects, and the investors and creditors dictate the operation and revenue sharing upon completion of the projects.

Heavy debt servicing has raised eyebrows on the continent’s stability and the increasing percentage of revenues for this purpose. The International Monetary Fund (IMF) advises African countries to raise taxes to create more significant income for paying interest on these debts, consequently increasing the cost of living to the people.  According to the IMF, more than 20 low-income African countries are in debt distress. Angola has an enormous debt in Africa, estimated to be about $25 million.

It is not a far-fetched idea in response to digital currencies being used to sabotage Africa.

Every effort to form a common currency across Africa has received backlash from central banks forming their digital currencies.

Nigeria and Ghana have been at the forefront of creating the eNaira and e-cedi. These currencies have sabotaged the realization of the eco, a common currency among West African countries capable of increasing the bargaining power of their exports overseas.

West African Francophone countries’ attempt to decolonize their currency from the Franc has undergone postponements and country unity hitches for the longest time.

The currency trade market depicts most African currencies as weak compared to the dollar and the pound, despite the continent being the richest in most resources creating wealth globally.

In addition to the natural resources, Africa now has goldmine data.

With this in mind, who between Africa and the West is poor? Who is master over whom? 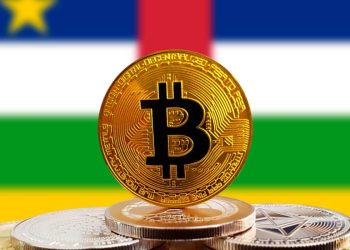 Internships in Africa, how companies could stem unemployment tide