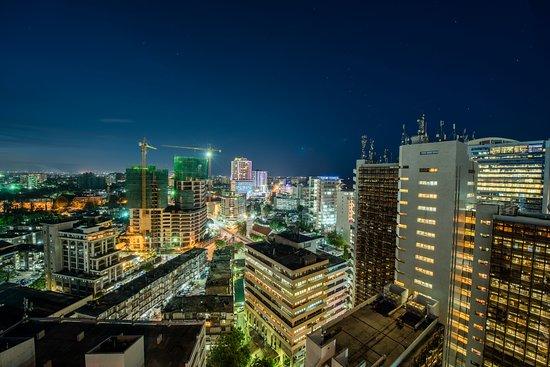 The global economy is expected to expand by 4 per cent in 2021—this is dependent on the progression of COVID-19 vaccine provision throughout the year.

by Padili Mikomangwa
in Africa, Billionaires, Premium
0
Share on FacebookShare on LinkedIn

The World Bank (WB)—one of the world’s largest sources of funding and knowledge for the developing sphere published its Global Economic Prospect report in January 2021.

The report zoomed in on the prospects of the global economy and Africa, displaying how the region remains pinned by the shocks of COVID-19 unless sound policy changes and strategic investment-enhancing reforms are made.

On the bright side, the global economy is expected to expand by 4 per cent in 2021—this is dependent on the progression of COVID-19 vaccine provision throughout the year.

Further, the report argued that, although the global economy is growing again after a 4.3 per cent contraction last year, the pandemic grip may suppress economic activities and incomes for a prolonged period.

Africa (some countries) which is currently battling with COVID-19 has seen interesting economic dynamics, including East African countries accumulating $2.26 billion new debt in three months soon after the onset of the pandemic.

According to the report, COVID-19 shocks, particularly lockdowns, disrupted economic activities in Sub-Saharan Africa, causing the output to contract by an estimated rate of 3.7 per cent in 2020.

Further, this scenario propelled the per capita income to shrink by 6.1 per cent in 2020, setting average living standards back by at least a decade in a quarter of Sub-Saharan African economies.

However, some countries are cautiously resuming economic operations; for instance in October 2020, the central bank of Tanzania said the economy will grow by 5.5 per cent despite COVID-19 effects spillover.

“In Nigeria and South Africa, output fell sharply last year. Nigeria’s economy is estimated to have contracted 4.1 per cent in 2020, as the effects of the pandemic impacted economic activity in all sectors. In South Africa, where economic activity was on weak footing before COVID-19, the output is estimated to have fallen 7.8 per cent last year. The country suffered the most severe outbreak of the pandemic in the region and underwent strict lockdowns that brought the economy to a standstill,” the report argued.

Meanwhile, those countries with large travel and tourism sectors in Africa, endured near-complete shutdowns of visitor activity (Cabo Verde, Ethiopia, Mauritius, Seychelles).  The number of international travelers to Africa decreased by 35 per cent from January to April 2020 as a result of the pandemic, according to the United Nations World Tourism Organisation (UNWTO).

Outlook on the African economy

The report displayed some interesting forecasts. Growth in Africa is forecasted to resume moderately to 2.7 per cent in 2021.

While in a separate estimation, the African Development Bank (AfDB) one of Africa’s vibrant development funders forecasted a 3 per cent growth in 2021.

Further, the WB report saw a recovery in private consumption and investment to be slower than previously envisioned. Export growth is expected to accelerate gradually, which will be in line activity among major trading partners such as China, Europe and the US.

More importantly, the report pointed out the fact that the rebound in activity in advanced and emerging economies and key trading partners is supported by positive news on vaccine development, provision and fiscal stimulus.

“Expectations of a sluggish recovery in Sub-Saharan Africa reflect persistent COVID-19 outbreaks in several economies that have inhibited the resumption of economic activity. The pandemic is projected to cause per capita incomes to decline by 0.2% this year, setting Sustainable Development Goals (SDGs) further out of reach in many countries in the region. This reversal is expected to push tens of millions more people into extreme poverty over last year and this year,” the report stated.

In Africa’s top economy—Nigeria—growth is expected to rebound at 1.1 per cent in 2021, while other sources such as Proshare—a Nigeria-based financial news outlet, indicates that the oil exporter expects GDP growth to rebound by 1.7 per cent to 2.0 per cent, anchored by increased economic activity and some improvements in the oil market.

South Africa—Africa’s second-largest economy—which saw its economy contracting for four straight quarters in history, stands to see growth resuming to 3.3 per cent in 2021.

In that context, on December 8, 2020, Bloomberg reported that South Africa exited its longest recession in 28 years but had a long haul to recovery as it could reach pre-COVID-19 levels sometime in 2025.

On the other side of the outlook, things in Africa are forecasted to work differently. Taking the views of Renaissance Capital’s Global Chief Economist Charlie Robertson into perspective, he argued that African markets have an advantage in 2021 and beyond because the region has been the least hurt by COVID-19 relative to other regions (a story similar to that of the 2008-2009 global financial crises).

In addition, the African Continental Free Trade Area (AfCFTA) is another potential mechanism that will swivel Africa to sustainable growth post-pandemic.

The agreement which came into effect on January 1, 2021, is a viable game-changer on the continent, as it brings the largest market in the world in terms of participating nations, with more than 1.3 billion people collectively and a combined GDP of $3.4 trillion.

As the pandemic caused a huge toll on people’s lives and economies at large, vaccine deployment and sound sustainable investments are key for a smooth recovery.

Hence, the WB report analyzed a couple of scenarios which could mar the efforts made in vaccine deployment, if the current trend of the pandemic in the continent prolongs.

“Wide–scale distribution of a COVID-19 vaccine in the region will likely face many hurdles, including poor transport infrastructure and weak health systems capacity. Such constraints, compounded by natural disasters such as recent devastating floods and rising insecurity, particularly in the Sahel, could delay recovery,” the report noted.

Also, the report cited debt issues in Africa are posing a potential risk as government debt has increased sharply to an estimated 70 per cent of GDP last year, elevating concerns about debt sustainability in some economies (Zambia, Malawi and Kenya to mention a few).

“Banks may face sharp increases in non-performing loans as companies struggle to service their debt due to falling revenues. Lasting damage of the pandemic could depress growth over the long term through the chilling effects of high debt on investment, the impact of lockdowns on schooling and human capital development, and weaker health outcomes,” the report argued.

As far as recovery goes, Africa has the potential to resume its economy with stringent fiscal policies which are strategically poised to improving health and education services, digital infrastructure, climate resilience, and business.