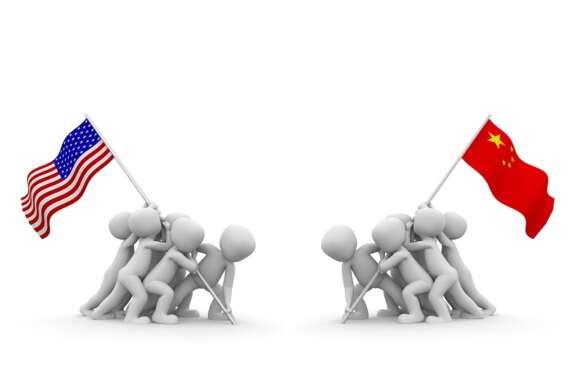 The story of China’s rise to global dominance reads much like a fairy tale. The question is can Africa replicate the Chinese story?

by Evelyn Shumba
in Africa, Africa's Development
0
Share on FacebookShare on LinkedIn
Folktales and fairy tales alike carry stories of ordinary beings rising through superhuman ways to become extraordinary. The story of China’s rise to global dominance reads much like a fairy tale. Just a simple agrarian-based economy in the 1960s, it has grown to become a world superpower in less than a decade. This phenomenal growth is outstanding and carries hope for Africa. The question is can Africa replicate the Chinese story?

The recent IMF’s World Economic Output 2020 revealed a new world order. According to the report, the US economy at $20.8 trillion trails the Chinese economy at $24.2 trillion. These statistics are based on purchasing power parity, a measure of the power of a currency to buy the same goods and services within its own shores.

This implies that you can buy more with a dollar in China than you would in the US. By this metric, China’s economy has surpassed that of the US.

How China Rose To Economic Dominance

China’s drive for economic progression began soon after a period of war in the early 1950s. The government, with each successive leader, oversaw programs to equalize income and stabilize currency under the context of China’s communist outlook. The 1960s saw an agriculture first policy that focused on increased agricultural output channeling the labour force into agriculture.

A perhaps misguided “cultural revolution” initiated by the founder of the People’s Republic of China, Mao Tse Tung, lasted for two years until 1968. The period, however, had far-reaching effects that disrupted agricultural production, transport networks, and production in factories causing economic production to decline.

The 1970s saw a resumption in focused economic targeting before another disruption in the “Gang of Four” period. The period was followed by an ambitious drive to modernize under the leadership of Hua Guofeng. In this period communism took on a modern form. The early 1980s ushered in a realignment period for the People’s Republic of China adopting the ideas of the Guofeng plan.

The Chinese authorities focused on improving efficiencies in the transportation of goods and people, advancing communication tools, and the electrical capabilities to the power industry. To improve industrial input, the focus was placed on coal, iron, and steel as well as improving investment in the light industry

In the agricultural sector, farmers were incentivized through contract farming. State-owned enterprises that had previously remitted income to the state were given increased autonomy. This allowed them to pay a tax to the government while retaining the rest for increasing expansion. This autonomy increased profits and consequently government coffers. 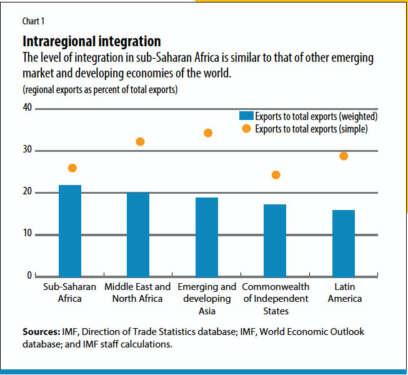 Many parallels can be drawn between the state of Africa today and that of China between 1950 and 1980.

Most African countries maintain a heavy hand over economic activities.  Government intervention and control in currency exchange rates, production, and other sectors of the economy remain widespread. Though most countries have taken steps to privatize, there is still a grip on some enterprises that involve the appointment and removal, at whim, of key personnel.

As China struggled to find its footing and grew to where it is now, there were several political issues at play. Tensions between leaders led to drastic changes in policy. Of particular note was the Cultural Revolution which did more harm than good. The basis of their revolution was a return to “morality” as espoused by the founding father Mao Tse- tung. This can be likened to similar policies by revolutionary parties on the continent which tend to regress rather than progress. Rooted in the old guard’s understanding of the world as it was, these policies fail to proffer future-oriented solutions.

Coupled with corruption, holding on to power, and tensions across ethnic lines the political situation becomes untenable to economic progression.

Drawing the same parallels between the two, Africa is capable of achieving groundbreaking success if its policies align with its growth trajectories.

Indeed the first step towards this growth is the successful implementation of the African Continental Free Trade Area which is expected to come into effect in January 2021. This would promote intra-African trade on a large scale. Industrialization thus becomes a necessity to power this trade.

To ensure that Africa comes to the world stage as a powerful equal partner, there must be steps towards improving its production capabilities rather than maintaining focus on commodities.

Investment in infrastructure in telecommunications, energy, and power generation are the crucial pillars of successfully driving industrial growth.

Much like China opened up the industry to the market and foreign trade, Africa needs to craft policies that encourage foreign investment and promote trade. Currently, Africa is overshadowed by negative perceptions, corruption, and bureaucracy that hinder the ease of doing business in many countries. Addressing these issues will go a long way in scaling Africa’s growth.

A case in point is the growth stories recorded in Ethiopia and Rwanda which shows what can happen if reforms towards creating a tenable business environment are taken.

China’s growth story is predicated on the free market successfully intertwined with government control. Perhaps a blend of government oversight to prevent corruption while maintaining free-market policies is just what the doctor ordered for Africa’s economy.

China’s story presents hope for Africa. In the short space of 70 years, China’s economy has surpassed that of the US. This is proof that phenomenal growth is a possibility. What remains for the African continent is a focused drive towards unifying its fragmented economies and implementing policies that drive conducive economic climates and trade.