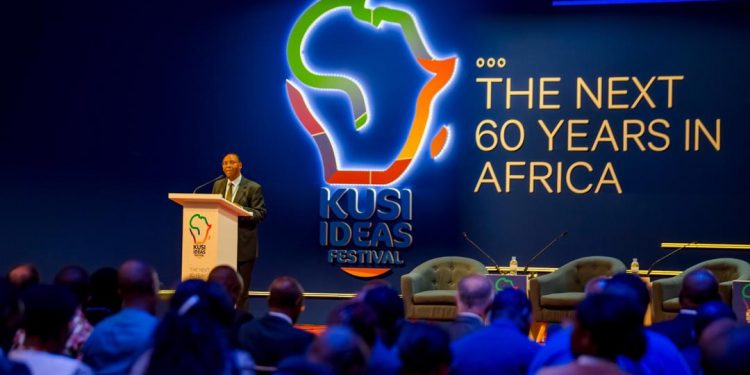 Pointing to examples of compelling evidence that Africa is today a continent of hope and confidence, the Aga Khan emphasised that Africa offered opportunities for employment and investment, as well as a new market for goods and services.

by Kimani Chege
in Africa, Africa's Development
0
Share on FacebookShare on LinkedIn

The significance of Kusi to the East African coast is considered historical. Trade between Africa and Asia as well as parts of Europe was made possible through seasonal winds either flowing north or south. With northerly winds, aiding trade ships move north to Arabia and Asia with goods from Africa known as kaskazi (northerly). The southern winds were significant too as they brought visitors to Africa with goods from far and wide, known as Kusi(southerly).

It is this idea that the Nation Media Group organised a forum in Kigali bringing leaders across the continent to discuss ways and means the continent can increase its trade significance to the world, this time, not depending on seasonal winds.

His Highness the Aga Khan, 49th hereditary Imam (Spiritual Leader) of the Shia Ismaili Muslims and founder and Chairman of the Aga Khan Development Network (AKDN) sent a message on the occasion, which was delivered by Azim Lakhani, AKDN Diplomatic Representative to Kenya at the opening session of the Kusi Ideas Festival, a gathering of over 500 influential leaders, scholars, entrepreneurs and innovators from across Africa.

The two-day, annual conference was launched by the Nation Media Group as part of its 60th-anniversary celebrations this year, to begin building a “Pan-African ideas transaction market” to capitalise on the opportunities and innovations available to Africa. Issues at this year’s conference include climate change, food security, human security, creating a borderless continent, media and democracy, culture and sports as well as sustainable economies.

In his speech, the Aga Khan noted with nostalgia his growing days in Nairobi and how this helped him shape his vision for addressing issues affecting the continent.

He said, “My early childhood was in Kenya in the 1940’s. From the time I became the 49th hereditary Imam of the Shia Imami Ismaili Muslims in 1957, an integral part of my daily life and work has encompassed seeking to improve living conditions and opportunities in African countries. “

Africa’s strength has always been her peoples, he said observing that their resilience, sense of community
and self-help, ingenuity, and resourcefulness in innovating fresh solutions – often in the most difficult circumstances – is responsible for the continent’s progress and exciting prospects.

“The fastest-growing economies in the world are in Africa – many of them projected to grow above 5 percent per year. Here, there is also a growing youth population – an impressive 60 percent of Africa’s population is under the age of 25 – a significantly higher proportion than in the West. The continent is also poised to provide a new market for goods and services at a time when the population in the West is diminishing. Imagine the opportunities for employment and investment in Africa!”

The Aga Khan pointed out that the continent needs to amass its strength and the strength of the people to develop a society other parts of the world will admire.

“I am confident that Africa will continue to be a leader, in drawing on its historical experience, in building resilient, pluralistic, economically-strong, and environmentally sound communities, rooted in solid values and communal support structures that societies in the West and elsewhere will admire and emulate in years to come. The rest of the World has much to learn from Africa.”

On his part, President Paul Kagame pointed to the African Continental Free Trade Area agreement (ACFTA) as one of the ambitious strategies through which the continent can work to fast-track the development countries want to achieve in the future.

“Nothing will happen unless Africans decide, which they have done. This is what was done here in Kigali when we met in 2016, seeing through the signing of the ACFTA,” he said.

“My reassurance about the progress and success of the ACFTA and other things Africans have committed themselves to, lie in what pronouncements African leaders have made themselves and what we are seeing happening,” he added.

Read also: Aga Khan in Kenya: A network of initiatives touching all aspects of East African economies(Opens in a new browser tab)