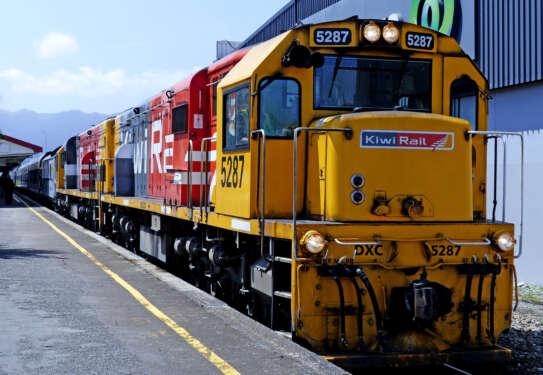 The cornerstone of a successful trade is the efficient distribution of goods from the source to all points of sale. As such, cultivating logistics and distribution channels is necessary for the successful implementation of the African Continental Free Trade Area (AfCFTA).

The continent is made up of over 50 different countries whose levels of development vary vastly. Each country needs to seek its solutions locally, but governments need to come together to improve intra-African trade and cross-border co-operation.

AfCFTA will undoubtedly be a breakthrough in reducing the cost of shipping in Africa and improving efficiency. The amount of time that will be spent on customs clearance is set to drop drastically.  Currently, it takes more than a week at one-border stops in some countries.

AfCTA lays the groundwork for creating a continental customs union, which will try to harmonize customs matters by member countries and implement measures to simplify trade. Several regions within Africa had already begun to make attempts to reduce customs delays through one-stop border posts, such as the Chirundu Border post between Zambia and Zimbabwe in Southern Africa, which opened in 2009 as a pilot project within the Common Market for Eastern and Southern Africa (COMESA).

However, Africa’s infrastructure is a significant cause of concern in logistics channels; road networks are inferior, and some rural areas have inaccessible roads. This greatly affects the timely delivery of goods such as agricultural outputs, which need to be delivered without spoilage. The young population of Africa can come up with home-grown solutions to counter the logistics industry’s challenges.

According to the World Bank-sponsored Africa Infrastructure Country Diagnostic Study conducted in 2009, an annual investment of US$18.6 billion is required for transport infrastructure needs in Sub-Saharan Africa alone.

African governments are the significant funding sources for these development projects as the private sector only provides limited assistance of less than 30 percent of the funding. The public sector needs to find ways to raise funding, for example, through the use of the road tolling system.

Governments will still have to ensure the success of these tolling schemes; South Africa is an example of one such successful road tolls strategy. The South African National Roads Agency (Sanral) launched the Gauteng Freeway Improvement Project (GFIP), a state-run firm mandated to manage, maintain, and develop the country’s national road network. GFIP entailed the upgrading of 200km (125miles) of highway (later extended to 560km/350 miles) by widening existing freeways to four lanes and building new freeways and bridges, and the reintegration of existing ones.

Public-Private Partnerships are critical in this regard and further, utilizing other financing methods such as project financing, private equity, and investment banks. The African Development Bank (AfDB) has, between 1947 and 2017, financed over 450 transport projects amounting to more than US$30 billion. Some of their more recent projects approved in 2017 include Multinational Uganda–Tanzania Roads Project, Namibia Transport Infrastructure Improvement Project, Jomo Kenyatta International Airport Airfield Expansion Project, and Train Express Regional Project.

More in this regard would steer logistics in the right direction.

While addressing infrastructural challenges at a national level is of utmost importance, providing solutions that meet the daily needs of trade is critical.

There is need to invest in solar energy in remote areas that do not have electricity to enable refrigeration of farm produce before it can be transported. An example is InspiraFarms, which operates in Kenya, Rwanda, and South Africa that uses off-grid solar solutions to provide cold storage and pack-houses for agribusiness and distributors.

Private sector initiatives to improve logistics through technology will be beneficial. For instance, in Nigeria, a digital start-up called Kobo360 introduced an application that connects all supply chain participants. The application ensures safe delivery and accountability of cargo in transit through a GPS tracking system monitored by a call centre agent in real-time. For smaller deliveries, drones are being used to deliver packages to inaccessible areas at a faster speed.  In Rwanda, a company called Zipline uses drones to deliver packages to the inaccessible hilly areas of the country.

There is a need for more investments in technology to promote innovation by start-ups in this regard.

Traffic jams are also a common problem in many African nations; these can be avoided by using drones and motorcycles to maneouvre quickly past traffic congestions.

There is interdependence between maritime infrastructure and foreign trade in Africa. Maritime transport is estimated to handle about 90 percent of Africa’s international trade, comparable to global standards. Most recently, the Tangiers Med port in Morocco has expanded its capacity – from 3.5 million TEU in 2007 to 9 million TEU in 2019. This is now featured as one of the top twenty ports worldwide and has reached a similar capacity as well-known ports like Hamburg in Germany.

The use of rail transport for trade purposes is also competitive over mid to long distances. It is the most feasible when freight involves large volumes. However, the railway systems in Africa were mostly developed during the colonial era by mining companies. Most of them are slow speed rails which are undercapitalized with the exception of a few African countries. South Africa and parts of North Africa have invested in modernizing railway systems, and there is a need for other countries to follow suit.

Air transport is also essential for international trade, and although Africa is improving significantly, it is still expensive with patchy connections. The African high-level air traffic control system has not yet been fully upgraded, resulting in inefficient use of aircraft and higher air transport costs. African countries have launched several programs to improve the region’s air transport sector, such as the Single African Air Transport Market (SAATM) under the African Union’s initiative.

Promoting trade and improving intra-Africa connectivity rests in part on the continent’s ability to efficiently leverage logistics channels. As such, it is critical for the government and the private sector to actively engage in seeking solutions to ease logistical channels.