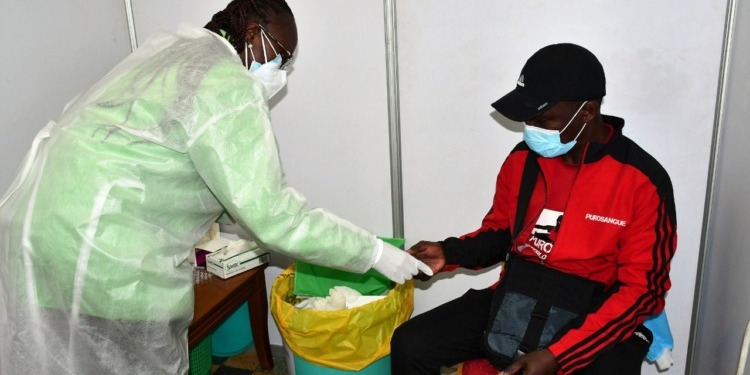 by Wanjiku Njugunah
in Africa, Health
0
Share on FacebookShare on LinkedIn

A new report by Global Fund has found that the COVID-19 pandemic had a devastating impact on the fight against HIV, TB and malaria in 2020.

The Result Report shows that while some progress was made, key programmatic results have declined for the first time in the history of the Global Fund, which is now marking its 20th anniversary.

Global Fund Executive Director Peter Sands said that while they had hoped to focus this year’s results report on progress achieved against HIV, TB and malaria over the last two decades, the 2020 numbers force a different focus.

“They confirm what we feared might happen when COVID-19 struck,” Sands said.
The Results Report reveals the catastrophic impact the COVID-19 pandemic had on the fight against TB worldwide.

In 2020, the number of people treated for drug-resistant TB in the countries where the Global Fund invests dropped by a staggering 19%, with those on treatment for extensively drug-resistant TB registering an even bigger drop of 37%.

The number of HIV-positive TB patients on antiretroviral treatment as well as TB treatment dropped by 16%.
The report also highlights significant declines in HIV testing and prevention services for key and vulnerable populations who were already disproportionately affected.

Mothers receiving medicine to prevent transmitting HIV to their babies dropped by 4.5%. HIV testing dropped by 22%, holding back HIV treatment initiation in most countries.
Interventions to combat malaria appear to have been less badly affected by COVID-19 than the other two diseases.

“Thanks to adaptation measures and the diligence and innovation of community health workers, prevention activities remained stable or increased compared to 2019,” the report indicates.

The number of mosquito nets distributed increased by 17%, structures covered by indoor residual spraying increased by 3%. In 2020, 11.5 million pregnant women received preventive therapy. However, suspected cases of malaria tested fell by 4.3% and progress against the disease stalled.
The Global Fund partnership’s rapid and determined response to COVID-19 prevented an even worse outcome. In 2020, the Global Fund disbursed US$4.2 billion to continue the fight against HIV, TB and malaria and strengthen systems for health and approved an additional US$980 million in funding to respond to COVID-19.

As of August 2021, the Global Fund has approved a total of US$3.3 billion to more than 100 countries to adapt lifesaving HIV, TB and malaria programs, provide critical tests, treatments and medical supplies, protect front-line health workers and urgently reinforce fragile systems for health.

These investments along with fast action and funding from donors, governments, communities and health partners helped mitigate the impact of COVID-19 on HIV, TB and malaria and achieve the progress made in the fight against the three diseases.

Key Results for 2020 in countries where the Global Fund invests include 21.9 million people received lifesaving antiretroviral therapy for HIV in 2020, marking an 8.8% increase compared to 2019 despite COVID-19.

Additionally, 194,000 children in contact with exposed to TB patients received preventative therapy in 2020.

“The Global Fund partnership continues to save lives,” commented Sands.

“In the face of the extraordinary challenges caused by the COVID-19 pandemic, our partnership demonstrated flexibility and determination, delivering medicine, supplies and care to millions of people around the world. Countries we invest in responded quickly to COVID-19 using the same laboratories, disease surveillance, community networks, trained health workers and supply chains that were created to fight HIV, TB and malaria.”

The Fund noted that the number of deaths caused by AIDS, TB and malaria decreased by 46% in countries where the Global Fund invests.

These achievements are a result of efforts by a wide array of actors comprising the Global Fund partnership, including implementer governments, multilateral agencies, bilateral partners, civil society groups, people affected by the diseases and the private sector.

“Despite the horrible toll COVID-19 has taken, the pandemic presents us with a chance to build a better, more equitable and healthier world,” concluded Sands.

Forex Trading in South Africa, what you need to know