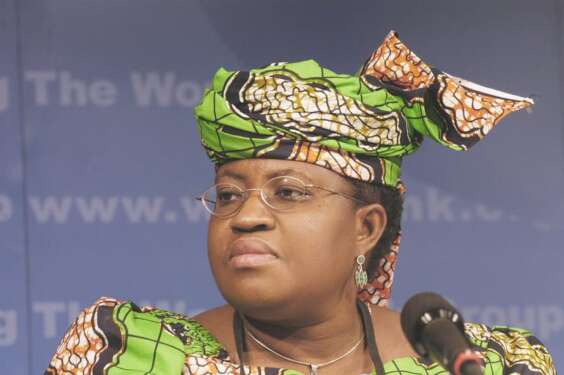 What does this spell for AfCTA?

The confirmation of Dr. Ngozi Okonjo Iweala as the World Trade Organization’s new head is a positive development. Having previously been blocked by the Trump administration, it is a welcome relief that it has finally come to fruition.

There are questions as to the reasons behind her blockade in the first place. Could it be her nation of origin? Perhaps a discomfort about bringing governance of the world’s largest trade organization to Africa? Or possibly the fact that she is a woman? Perchance some are not ready for female leadership. Judging from how long the US presidency has been a boys-only club, it begs to reason that this might be a plausible reason.

Regardless of the reasoning, Dr. Ngozi Okonjo Iweala’s history precedes her. She is no stranger to breaking barriers, having been appointed as the first female finance minister under two different sitting presidents in Nigeria. She has also been awarded the Euromoney global Finance minister of the year title. Previously she worked at the World Bank as a development economist, a career that spanned over 25 years, rising through the ranks to MD-Operations. Her rise within the World Bank speaks volumes about the commitment, determination, and sheer hard work on her part.

The year 2021 began on a good note for women. With the swearing-in of Kamala Harris as the new Vice President of the “free world.” Bearing in mind that women have not ascended to the highest echelons in the office of the top job in America until now.

In a perhaps unexpected contrast, Africa has embraced female leadership. For example, former President Ellen Johnson Sirleaf took the reigns of Liberia from 2006 to 2018. In Zimbabwe, Joyce Mujuru became one of the countries vice presidents for ten years.

Dr. Okonjo Iweala’s new role should come as an inspiration to women and young girls everywhere. It should signal a new wave of women empowerment that focuses on breaking the glass ceilings that hang over women’s heads. This is especially true in the very patriarchal African society where girls are not afforded the same opportunities as boys. According to UNESCO, only 36% of girls complete lower secondary school in Africa, and the numbers dwindle even further for the higher levels of education. This can be attributed to issues like early marriages, domestic chores, and the traditional notion of women as objects or property belonging to men.

As African women like Dr. Okonjo Iweala make history, young girls have role models to emulate. A move like this should push society to band together in support of women and girls.

Read also:  What to expect as Nigerian takes over as WTO director-general

Why the fuss about her being a woman?

Dr. Okonjo Iweala’s appointment stands as a validation of the ability and capabilities of African women. It provides assurance to other women that the systemic challenges that women have to overcome are surpassable.

It confirms that women that competence will not go unrewarded. In a continent where women are still struggling for rights such as equal pay for work, it opens up the corporate world for more women to strive to rise higher despite the obstacles before them.

What does her appointment mean for Africa?

Dr. Okonjo Iweala’s role promises to be more than just a figurehead meant to paint a picture of diversity and inclusion.  She has been said to be passionate about poverty reduction and eradicating corruption. As such, it is expected that her term of office will have positive results for Africa in terms of fairer trade policies.

Her background and leadership indicate a skill set well placed to tackle the challenges that face the world in these uncertain times. She will have to dive headfirst, given the trade war between the US and China and a global pandemic that has somewhat disrupted trade as we know it.

“A strong WTO is vital if we are to recover fully and rapidly from the devastation wrought by the COVID-19 pandemic. I look forward to working with members to shape and implement the policy responses we need to get the global economy going again. Our organization faces a great many challenges but working together, we can collectively make the WTO stronger, more agile, and better adapted to the realities of today,” Dr. Okonjo Iweala.

As Dr. Okonjo Iweala assumes office in March, women continue to celebrate this achievement, stand in support, and cheer her on. One can only hope that this is only the beginning of women rising in Africa.

Will her appointment affect the AfCTA in any way?

Dr. Onkonjo Iweala’s appointment will only impact the African Continental Free Trade Area in so far as African leaders and other stakeholders commit to making the trade agreement a success.

To begin with, the role AfCTA framework was set and operated within the rules of the WTO. As such, any change in leadership will not directly have any immediate change.

Secondly, how the WTO operates is to enforce better and smoother trade that discounts unfair practices. Therefore, the only way an African voice at the helm of the trade organization can impact African trade, is if there is trade to begin with. This means when the continental trade agreement brings together continental players and garners meaningful traction. Which will allow the continent to speak with one voice and become involved in trade deals with the rest of the world. When that happens, the new WTO head may be able to lobby for fair trade practices that do not prejudice Africa.

That said, for Africa to take advantage of having an African leader in world trade, the continent must empower itself and enforce the necessary changes that facilitate the success of the African continental free trade agreement. This will enable Dr. Onkonjo Iweala to lobby for increased fairness in trade dealings with Africa.

The appointment for Dr. Okonjo Iweala is cause for celebration for women as she serves as a role model to empower women for years to come. Young African girls can have hope that the world which they are growing into embraces women as leaders. For the African continental free trade area, her appointment will only matter if Africans take the necessary steps to ensure the success of the trade agreement. Only then will she be empowered to push for African trade.