by Njenga Hakeenah
in Africa, Agribusiness
0 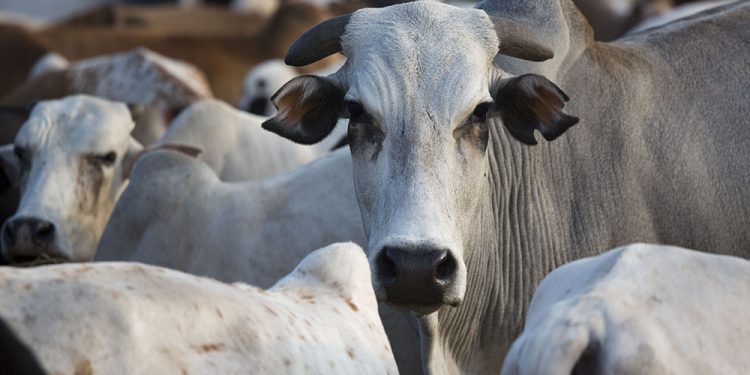 Livestock outside the town of Magugu in Tanzania. The new Chinese-built seaport for shipping livestock in Haidob, south of Port Sudan, is nearing completion. [Photo/Karel Prinsloo/GALVmed]

In Africa, livestock production is an important contributor to national economies while ensuring food security.

Rural livelihoods dependent on animal rearing have however suffered the brunt of diseases that wipe out their animals. This worsens an already bad situation for more than 80 per cent of livestock farmers.

It also leads to extreme poverty which has forced a majority of these farmers to be locked in a vicious cycle of neediness.

One of the Sustainable Development Goals is eliminating poverty.

A challenge that remains among the farmers is the highly contagious foot and mouth disease which is widespread in Africa.

This disease negatively affects farmers to the tune of USD 2.3 billion but its control is not a priority among many governments.

In East Africa, foot and mouth ravages livestock reducing household budgets, milk and crop production where the animals are used for farming activities.

Foot and mouth disease is endemic in sub-Saharan Africa but there is some good news.

To improve the fight against the disease, the Global Alliance for Livestock Veterinary Medicines (GALVmed) has been selected as the Project Manager for the AgResults Foot and Mouth Disease (FMD) Challenge Project.

This initiative has been designed to encourage the development and uptake of an improved vaccine tailored to the needs of East Africa.

GALVmed’s CEO, Dr Carolin Schumacher said that this is an exciting opportunity to contribute to the global fight against FMD.

“Africa is notoriously underserved with FMD vaccines and the East African context is of particular concern. An improved vaccine offering will play a vital role in controlling the endemic disease and could help reduce poverty in East Africa,” says Dr Schumacher.

In January this year, foot and mouth was detected in South Africa’s Limpopo province.

Laboratory tests for the disease for the viral disease, which causes lesions and lameness in cloven-hoofed animals.

While the diseases does not affect people, it is a threat to the economic wellbeing of the communities that rely on the animals for sustenance.

Africa loses about US$2.3bn annually due to FMD, with most of the economic burden falling on sub-Saharan Africa.

In East Africa, outbreaks of FMD typically strike as waves of infection one to two years apart. These outbreaks are exacerbated when multiple serotypes or strains circulate concurrently.

Despite the clear impacts of FMD in East Africa, efforts to curb the disease have been rare and often limited in scope.

Vaccination is proven to effectively control FMD, but current vaccines do not offer cross-protection against the various strains circulating across East Africa.

Additionally, these vaccines are often expensive and of variable quality.

The FMD Challenge Project will encourage pharmaceutical companies around the world to develop, register, and commercialise effective vaccines for the control of FMD in East Africa.

To tackle these scientific and economic obstacles, companies participating as “competitors” will create vaccines that meet criteria established for the region.

Once the vaccines are approved and registered, competitors will become eligible to commence sales.

The project will contribute to the cost-per-dose paid to the competing manufacturers, thereby encouraging government and private sector actors to better combat FMD by consistently purchasing high volumes of vaccines at affordable prices.

To build a stable market around FMD control, the project will promote the development of a private sector model for buying and distributing vaccines, while enhancing existing public sector control efforts.

As the market develops, the project plans to expand access to effective vaccines among smallholder farmers, yielding improvements in livestock health and increases in net income.

The project is part of the USD 145 million AgResults initiative which has been running competitions like this since 2013.

Vétérinaires Sans Frontières International (VSO) reports that FMD has been on the rise in Africa for the past two decades.

It adds that many FMD outbreaks are reported each year by the Decentralized Technical Services of several Sahelian countries.

Mali, for instance, had four outbreaks in 2015 with three cases in Kayes and one in Mopti reported. In this case, 1,335 animals were contaminated.

To fight the disease, VSO has carried out a series of training for para-veterinarians, private animal health service providers and other non-state actors.

The training covers FMD epidemiology, diagnostics and sample collection and management, including both theoretical and practical parts.

Read: Why it’s not if but when Africa crumbles over rising debt