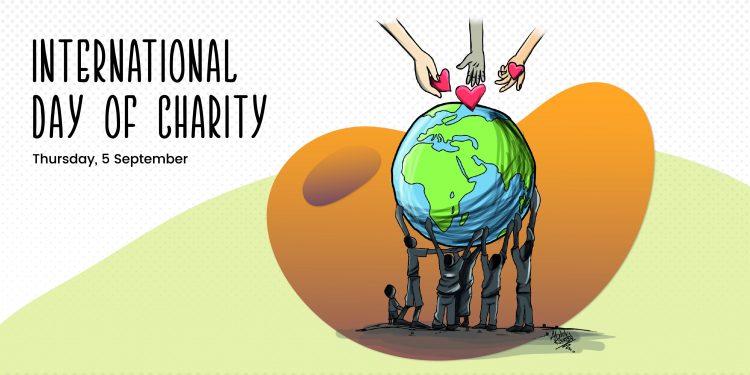 by Padili Mikomangwa
in Africa, Economic Growth, Hospitality
0
Share on FacebookShare on LinkedIn

Charity is yet another effective measure against poverty across the globe.

It provides communities with compelling abilities to exercise their socio-economic activities within inclusivity parameters and resilience, alleviating worst humanitarian conditions that affect populations over time and space.

As we are marking the international day of charity, today 5th September. It is crucial to acknowledge the role taken by the charity organizations worldwide, in their quest for harmonizing livelihood in disease-ravaged communities, while appending public services such as health care, education, housing, and child protection.

For over 20 years, United Nations has designated this very day, to execute vital objectives; sensitizing and mobilizing people, NGO’s and stakeholders all around the world to help others through volunteer and philanthropic actions.

Eradicating poverty in its all forms is inevitable, alleviating extreme poverty and the worst humanitarian crisis is an indispensable requirement for sustainable development.

Available records show, in 2015, 10 percent of the global population lived on less than $1.90 a day. Compared to 11 percent in 2013, meaning a 1 percent shrinkage. Despite being a small win, but it means poverty alleviation is possible.

In that context: charity for poverty alleviation goes further to roles taken by a diverse range of private sector, ranging from micro-enterprises, cooperatives, multinationals, and civil society as well as philanthropic organizations in implementing the agenda.

Collective efforts sync with charity against poverty, the 2030 Agenda on Sustainable Development and 17 Sustainable Goals, are all intertwined towards combating extreme poverty in all forms and dimensions, towards affirming the immense role played by charitable organizations and individuals.

Despite all efforts made in educating the public on issues of concern, to rally political will and resources to address global problems, poverty in particular, still achievements are unevenly distributed.

According to a World Bank poverty overview, nearly half of the world’s extreme impoverished people live in Sub-Saharan Africa.

This translates that; the number of poor people in the region increased by 9 million, with 413 million people lasting on less than US$1.90 a day in 2015, more than all the other regions combined.

The majority of the global poor live in rural areas, so as in rural Africa, where communities are poorly educated, employed in the agricultural sector, and under 18 years of age. Reports show that, if the trend continues, by 2030, nearly 9 out of 10 extreme poor will be in Sub-Saharan Africa.

In regard to the alarming context, still, charity stands as one of the effective humanitarian action that, reinforces political will and resources collection towards solving global problems, primarily extreme poverty.