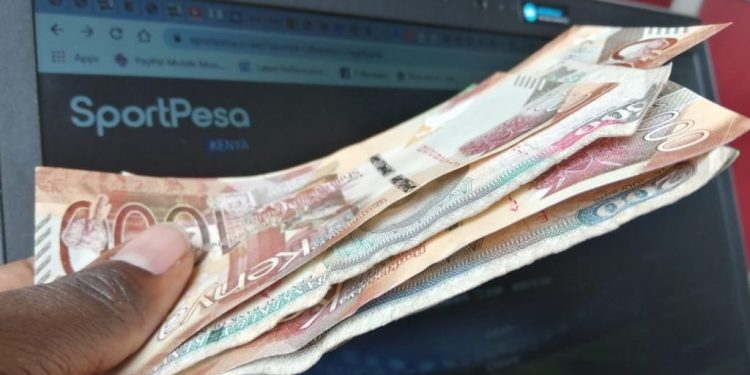 Just like any addiction, gambling in Kenya has ensnared the youth. The government suspended 27 betting companies in July this year among them SportPesa, much to the chagrin of gamblers. [Photo/LMulunda]

The government ordered the closure of the firms in July

by Njenga Hakeenah
in Africa, Crime
0
Share on FacebookShare on LinkedIn

Gambling in Kenya, just like any addiction, has hooked Kenyan youth who have continued gambling despite the inconveniences caused by the government suspending down 27 betting companies in July this year.

It is only now that the government has realised there is a crisis five years after the premier gambling firm, SportPesa, launched in Kenya.

In July 2019, it came as a shocker to many when the government ordered the closure of the firms apart from a few on claims that the multi-billion industry was not paying taxes as required.

SportPesa listing on the NSE

So successful was the gambling industry that SportPesa was mulling floating an IPO at the Nairobi Stock Exchange (NSE) in two years.

The revelation came in 2016 but in October last year, the company declined to comment on the listing plans.

Plans were that SportPesa was to list on the NSE in the first quarter of 2019. However, it seems that these plans have been shelved.

In a Bloomberg report last year, SportPesa had appointed Kestrel Capital East Africa Ltd as transaction advisers for the IPO.

The gambling behemoth registered in the Isle of Man at the time was recording an annual revenue of Ksh 100 billion (US$1 billion).

If the IPO succeeded, it would make SportPesa rank among the 10 biggest companies on the NSE.

SportPesa marked its 5th anniversary in February this and things seemed to be working out well then.

This is until the turn of events in July when Interior CS Fred Matiang’i ordered all gamblers to withdraw all their money from sports betting companies’ wallets or lose it. The withdrawals were supposed to happen in less than 24 hours.

SportPesa was founded in 2014 and by July 2019 had grown expanding its tentacles into Tanzania, South Africa and the UK.

The shadow was cast on SportPesa when on July 10, 2019 the Ministry of Interior suspended paybills and short-codes for the firm alongside 26 others.

Claims by the government were that the betting firms failed to abide by all the license renewal requirements.

Despite this silent crackdown on the betting sites by the government, Kenyan gamblers aged 18-29 continue staking their cash, against all odds.

A survey by Geopoll and Ipsos Synovate showed that the bets average Ksh1,550 (US$15.5) per person in any given month.

The government froze the licenses renewal after the lapse of the July 1, 2019 deadline. The gambling companies were supposed to comply with sector regulations including tax obligations.

Having hit the multi-billion dollar figure in Africa, the gambling market could hit US$635 billion by 2022 globally, estimates by Research and Markets showed in 2018.

The gambling firms have come up with innovative ways to hook as many as possible. Some of the tactics include offering free bets making gambling interesting and worthwhile investing in.

With increasing usage of the mobile phone in Sub-Saharan Africa, each gambler is spending a fortune forgetting the house always wins.

The GeoPoll survey conducted on the youth aged between 17 years and 35 focused on Kenya, Uganda, Tanzania, Nigeria, Ghana and South Africa.

From the survey, Nairobi emerged as the gambling capital with 908 video poker and slot machines, 18 gambling facilities and 128 table games.

SportPesa is upbeat after being cleared by the KRA to operate.

Despite the clearance, SportPesa is yet to resume full operations until its license is renewed by the Betting Control and Licensing Board (BCLB).

Already, its competitors such as Betway and 1XBet have had their licenses renewed.

Matiang’i who waged the war against the gambling companies to fight corruption had accused the firms of tax evasion and money laundering.

On top of suspending the 27 firms, Matiang’i had 17 gambling company’s directors deported.

Those deported were mostly from Eastern Europe and they were believed to be involved in other businesses contrary to their work licenses and permits.

On resuming operations, SportPesa claims it will not cut down on the sponsorship of local sports clubs. Former Kenya's securities boss ascends to the helm of ISO