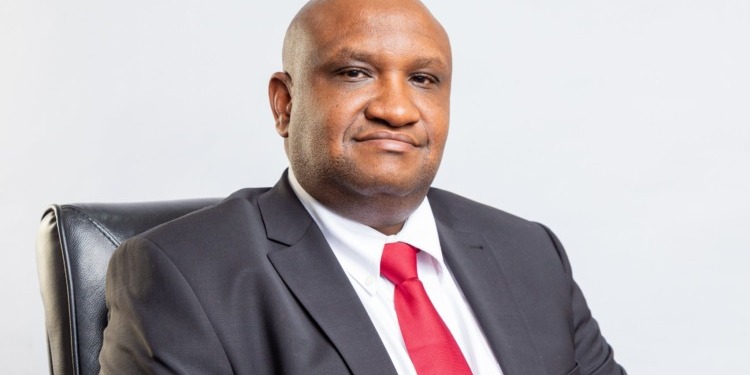 Kenya Revenue Authority has reached a new record of revenue collection to hit Sh1.669 Trillion in the 2020/21 financial year, compared to Sh1.607 Trillion collected in FY 2019/20.

In a statement, the Authority’s Director-General Githii Mburu says that this is in spite of the challenging operating economic environment brought about by the COVID-19 Pandemic.

“Kenya Revenue Authority (KRA) has defied all odds to surpass its revenue target after eight (8) years, since FY 2013/14,” the Authority said.

This represents a performance rate of 101 percent and revenue growth of 3.9 percent compared to the last Financial Year.

KRA says the performance is consistent with the prevailing economic indicators, especially the projected GDP growth of 0.6 percent in 2020.

In the financial year, the exchequer revenue grew by 2.3 percent with a collection of Sh1.544 Trillion compared to Sh1.510 Trillion collected in FY 2019/20 and represents a performance rate of 100.9 percent against the target of  Sh1.530 Trillion.

“The performance of Sh1.544 Trillion is before accounting for Sh18.5 Billion that the Treasury has undertaken to pay on behalf of taxpayers for various reasons including economic hardship,” KRA said.

Petroleum taxes amounted to Sh226.680 Billion posting a growth of 34.5 percent and a surplus of Sh12.252 Billion against a target, while Non-oil revenue recorded a growth of 16.4 percent with collections amounting to Sh398.089 Billion which was above target by Sh5.996 Billion.

Corporation Tax: The tax head recorded a growth of 3.7 percent in FY 2020/21. This performance was driven by increased remittance from Energy, Agriculture and Construction sectors with a growth of 222.7 percent, 33.1 percent and 31.9 percent respectively. This is despite the reduction of the tax rate from 30 percent to 25 percent in the first half of the financial year.

PAYE: The tax head declined by 9.3 percent in FY 2020/21, a drop from an average growth of 2 percent recorded during the same time last year.

The decline was driven by a reduction in the employment rate emanating from measures taken by mainly private firms to reduce operating costs as a result of the Covid-19 pandemic.

The tax head was also affected by the reduction of the top PAYE rate from 30 percent to 25 percent and a 100 percent tax relief for persons earning below Ksh. 24, 000 per month.

Withholding Tax:  The tax head recorded a growth of 3.8 percent in FY 2020/21, which is a drop from an average growth of 18.2 percent recorded last year. The performance was negatively impacted by depressed economic growth due to the impact of the Covid-19 pandemic.

Domestic Excise: the tax head recorded a growth of 12 percent in FY 2020/21, compared to a decline of 6.4 percent recorded in the last financial year.

The performance turnaround is attributed to gradual reopening of the economy and extended operating hours for bars and restaurants.

Domestic VAT: Domestic VAT recorded a decline of 7.9 percent . The performance of the tax head was primarily affected by the COVID-19 pandemic, which saw business turnovers decline. The decline was also affected by the reduction of the VAT rate from 16 percent to 14 percent.

During the period under review, KRA implemented a number of Revenue Enhancement Initiatives that enabled the Authority to enhance revenue collection.  This was largely driven by enhanced compliance enforcement efforts and the implementation of new tax measures focused on ensuring that that non-compliant taxpayers pay their tax due.

The performance is also attributed to Tax Base Expansion (TBE) which was a key deliverable in the 7th Corporate Plan. Through this initiative, KRA recruited more taxpayers through the newly implemented taxes including Digital Services Tax, Minimum Tax, and Voluntary Tax Disclosure among others.  Over the 7th Corporate Plan period, active taxpayers increased from 3.94 Million to 6.1 Million.

The introduction of Alternative Dispute Resolution (ADR) also saw taxpayers come forward to find an amicable solutions in disputes with KRA. With the main objective being to ensure, faster, objective and efficient resolution of tax disputes, ADR enabled KRA to unlock Sh31.435 Billion in taxes out of 552 cases resolved during the FY 2020/2021.

The technology investment made by the Authority over the years was instrumental during the peak of the covid-19 pandemic. Technology platforms drove revenue mobilization through data-led compliance management frameworks.

The automation of KRA processes, especially during the Covide-19 pandemic, enabled the Authority to improve taxpayers’ services and subsequently collect more revenue.

For example, KRA implemented the use of a Mobile Service (M-service) the platform for specific tax administration processes: registration; tax filing and payment of some tax obligations; and enquiry services. During this period, all goods declared under the Single Customs Territory framework were monitored using the Regional Electronic Cargo Tracking System (RECTS) and all Customs related inquiries and applications were also processed online. These are just but a few initiatives put in place.

“KRA also entrenched a performance management culture which enhanced accountability and productivity of the staff, thus driving the strong financial year performance.  In addition, KRA has also intensified its fight against tax evasion to ensure revenue is not lost, ” KRA said.

The Authorities 8th Corporate Plan targets to collect Sh6.831 trillion by the end of Financial Year 2023/2024.

“With the support of taxpayers, the projected economic recovery of 6.6 percent in 2021, progressive tax policy frameworks, and a robust tax compliance mechanism, KRA is confident that it will achieve this target and enable the country to sustain its economy, ” Mburu said.

Kenyan MSMEs to benefit from a US$10mn grant fund

Jubilee Holdings to Pay US$6.03mn in Total Dividend for FY20