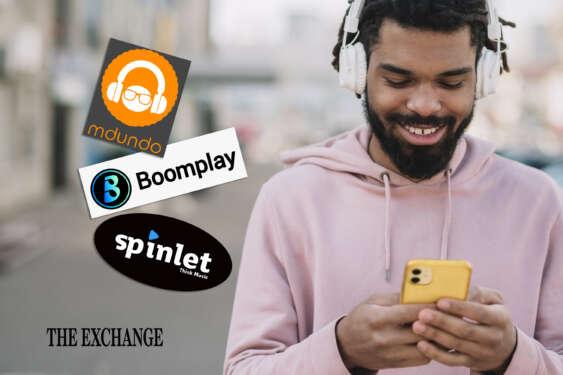 by Evelyn Shumba
in Africa, Tech & Business
0
Share on FacebookShare on LinkedIn

The music industry makes a significant contribution to the economy. The industry has evolved over the years. Back in the day, artists made a sizeable income from selling cassettes or CDs. With the advent of technology came music downloads. Estimates indicate that in 2001, close to 40% of music CDs sold were pirated. There was no noticeable difference between the original and pirated version, except the latter was sold at a much cheaper cost, which drove up music piracy.

Initially, record companies and artists attempted to lobby for more stringent measures on music pirates. Unfortunately, the ability to prosecute lagged far behind the rate of piracy. The stronger copyright laws also alienated the fan base.

It appeared digitization would be the death of music until innovation caught up. The late Steve Jobs developed Apple iTunes that allowed people to pay to download music. With the development of the Torrents protocol, streaming services like Spotify popped up. These did one better than the download method offered by Itunes. These initiatives have since grown into multi-million dollar music streaming companies operating across the globe.

The rise of streaming services allowed fans to get access to music legally at a low cost, helping reduce the issues of piracy. But this was only to a certain extent.

The music streaming services entered the African market with players like Boomplay, Spinlet, and Mdundo, among others.

A study by PWC estimated that music streaming services would generate approximately $50.8m in 2022. This shows the volumes of potential inherent within the music streaming business to take up more space as a contributor to GDP.

A large portion of music consumption still relies on peer-to-peer transfers and illegal downloading sites. This is in part due to the lax attitude towards copyright laws on the continent. It can also be attributed to a lack of knowledge. For example, judging by how pirated CDs and software are sold openly on the streets and social media, one would think they are perfectly legal. It could perhaps be the reason why downloading or sharing music may not be considered by many as illegal.

The high levels of poverty in some cases mean that few have any extra to spend on subscriptions for playing music, especially when there are free (albeit illegal) options of getting the same product.

The prohibitive cost of data, as well as the slow network in some places, make it difficult for consumers to access streaming services.

Music. Streaming is traditionally a high input cost business, especially in terms of the licensing fee to obtain music rights. It takes a significant amount of time to recoup these costs and reach breakeven. This can be somewhat of a challenge. For example, Nigeria’s iROKOtv shut down their streaming arm Iroking in 2018 after recording a five-year loss of $2million.

Does music streaming have potential?

The digital economy in Africa is growing. Infrastructure is showing a positive upwards mobility with improved connectivity and reduction in the cost of data. More than 30% of the approximately 750 million Africans now have smartphones. This, coupled with Africa’s young population, presents an opportunity for music streaming to grow.

As the  African music industry takes off internationally, the prospects for revenue generation via music streaming are good.

The African landscape comes with a new set of challenges. For one, financial inclusion is low in Africa, with less than 20 % of families having access to banking services. Including credit cards which makes it difficult for people to pay for streaming subscriptions.

In addition, because of the high start-up costs, services have to charge subscriptions upfront rather than having to rely on ad revenue. With the current levels of poverty and unemployment, the subscription model may not be suited to the climate. This is also compounded by the acceptance of piracy as the norm in Africa, exacerbated by the lax attitude towards copyright laws.

African-focused streaming services like Chinese-owned Boomplay have found the going more favorable. Especially with its inclusion by Chinese cellphone manufacture Transsion in the Infinix, Tecno, and Itel brands, as a standard pre-installed feature on these phones.

Boomplay recorded 62 million users at the end of 2019. This figure has since grown significantly. The bulk of Boomplay’s user base is in sub-Saharan Africa.

Another challenge faced by streaming companies is the lukewarm attention that the sector has received from private equity investors. For example, in 2019, deals in the music streaming sector amounted only to $20 million with less than four disclosed deals. Granted, the field is still in its infancy; however, this lack of interest on the part of private equity players is one of the major reasons for the slow pace of growth in the streaming industry.

Taking the beats into the future

As the music streaming industry continues to grow, it is estimated that its penetration will go up to 15% by 2024. According to Statista, the industry is expected to record volumes of about $493 million in 2025.

To achieve this growth, telecoms industry players and music streaming companies can develop a win-win relationship. Further, using mobile payment options to fast-track the adoption of streaming services, together with a combination of freemium and premium packages may nudge revenues forward.

Given Africa’s young and growing population, the market shows significant potential for growth. More must be done to strengthen copyright education and laws on the continent.

Homegrown streaming services need support to become competitive. With the global music streaming economy raking in close to $59 billion, the streaming industry can not be ignored. It has the potential to grow into a large-scale earner and economic contributor in Africa.