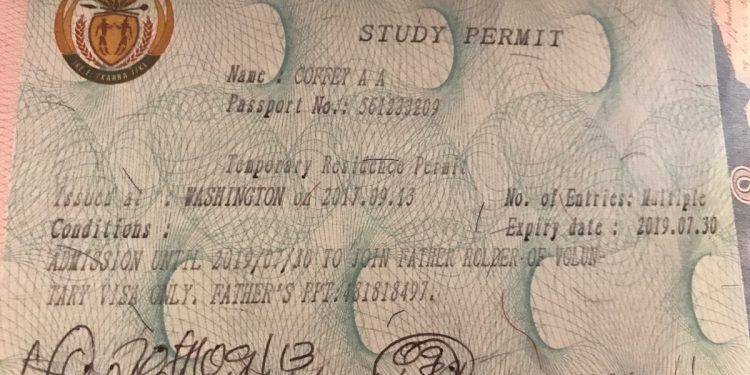 South Africa is piloting e-visas for Kenyans. At the end of the month, the Department of Home Affairs will evaluate the project and look at which other countries to expand the e-Visa system to. [Photo/Project South Africa]

The e-visa pilot is in a controlled environment

by Njenga Hakeenah
in Africa, Travel
0
Share on FacebookShare on LinkedIn

Kenyans travelling to South Africa can now breathe a sigh of relief after the country introduced an e-visa programme to ease the process for those visiting the rainbow nation.

South Africa says that it is testing its new electronic visa system this November starting with Kenyans.

The pilot, the spokesperson for the Department of Home Affairs Siya Qoza says, is in a controlled environment.

Applying online for an e-visa to South Africa

Qoza says that the goal of this programme is to make it easier for foreign visitors to enter the country.

A statement on the South Africa website states, “The South Africa e-visa would allow eligible citizens to apply online for an e-visa to visit South Africa. Applicants would need a valid passport, an email address and a debit or credit card.”

Qoza adds that the trial would allow the government to test the resilience of the system saying that the department has already had successful trials in controlled environments.

“The pilot will be conducted with Kenya first at the OR Tambo and Lanseria Airports. At the end of the month, we will evaluate the project and look at which other countries to expand the e-visa system to,” Qoza said,

The Department of Home Affairs adds that the e-visa for South Africa will be available for Kenyan nationals “to test the effectiveness of the system”.

It has been estimated that the entire application process should take around 20 minutes. Kenyan applicants should, however, have the South Africa e-visa requirements in hand when completing the online form.

This process means that Kenyans do not have to visit the South African embassy in Nairobi, fill out paperwork, or wait in long lines to apply for a visa.

For Kenya passport holders, the online e-visa can be completed from anywhere.

With the entire process taking place online, Kenyans should be ready to provide basic details like passport information and trip details.

With the xenophobic attacks in South Africa recently, South Africa’s tourism has received a hit.

Human rights groups have been calling for the punishment of those perpetrating the attacks.

According to Human Rights Watch, at least 12 people died and thousands displaced in the violence that began in late August 2019. Several businesses were looted and the group decries that those responsible, including for the 2008 violence that left 62 foreign nationals dead and the attacks against foreign truck drivers earlier this year, have not been punished for their crimes.

The attacks have seemingly been backed by higher-ups in government with Defence Minister Nosiviwe Mapisa-Nqakula claiming that 10 of the 12 people killed in the violence were South Africans.

Mapisa-Nqakula did not provide the identities or the specific details about the circumstances in which they died, according to Human Rights Watch.

The rights group says it was unable to independently verify those deaths or the circumstances.

Growing the tourism sector seems to be the driving force behind the Department of Home Affairs’ move for easier visa application processes.

“Besides the online visa, improving different visas processes would make it more accessible for foreign investors to come to South Africa, as well as people with skills that are critical to building the local economy,” adds the statement.

On October 7, Home Affairs Minister Aaron Motsoaledi said that his department had lowered turnaround times for critical work-skills to four weeks in 88.5 per cent of the applications it received.

Motsoaledi added that once a traveller’s application has been approved, it will be sent to the email they provided on their application.

“This would allow identifying any issues with the system, the difficulty of said issues and possible solutions. After the trial period with Kenya, South Africa will slowly roll out the e-visa to additional countries.”

According to the minister, South Africa is considering India, China and Nigeria as there is a high number of visa applications from these three countries.

Motsoaledi did not, however, confirm when the e-visa would be available for other countries.

Currently, South Africa does not require visas for citizens from 52 countries for stays of up to 30 days. Citizens from 28 countries do not need to apply for a visa.

Those from countries without a visa exemption are required to present their visa application at a South African mission (an embassy or consulate).

Ngurah Rai International Airport To Close For 24 Hours For Nyepi