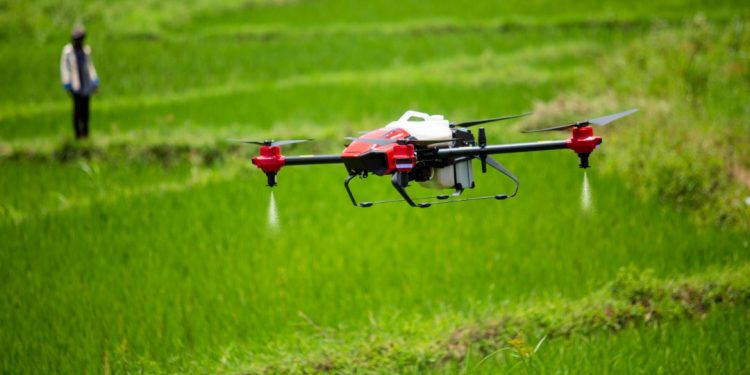 Drones to fight Malaria in Rwanda

The plethora of the digital world: What works Africa

This is a crucial milestone in Africa over the past decade. Just in East Africa digital financial services are ascending in the periphery areas and being adopted rather well.

At this very moment, as you are reading this someone in Africa is accessing the internet, drones are supplying medical kits in East Africa, food is being delivered by a digital request in Dar es Salaam and many more simple things digital technologies can aid community with move along the chains of life.

This is a crucial milestone in Africa over the past decade. Just in East Africa digital financial services are ascending in the periphery areas and being adopted rather well.

In Tanzania, postal services could go obsolete as the digital divide keeps closing in, with internet penetration ramping up 46 per cent in 2019 from 43 in 2018 and telecom subscriptions according to the Tanzania Communications Regulatory Authority piling up to nearly 50 million people.

These few case studies do not only paint what is going on in Africa but showcase the magnitude and trend of different digitalization operations over time and space.

However, there are a few setbacks along the way that indicate more has to happen in Africa to ensure there is a relevant uptake of digitization and rolling out of appropriate means for digitalization of Africa to be a success and not a case of trial and error.

Despite success stories from Tanzania and Kenya, still—there are some issues to look at. On a comparative basis, the region lags with connectivity, at 28.2 per cent with the internet and 34 per cent with mobile broadband (Tralac, 2020).

According to the publication on Tralac by Dr. Vera Songwe, UN Economic Commission for Africa Executive Secretary, more than 80 per cent of people in Africa have mobile phone subscriptions, but the twist comes as few have stable digital identification trails; business operations are driven by digital infrastructure, and still—digital expertise remains scarce, an exception and not a norm.

With all the gains in the digitalization sphere in Africa, there are things that are worth noting for change and analysis.

In this context, it is vital to concede the fact that every community has its adoption, domestication and utilization of different aspects of development—hence for Africa, there must be one with digitalization.

During the coronavirus pandemic (COVID-19) the entire world went digital, as did Africa. Things were not as cosy as they seem on paper or in the West. Most people in Africa did not go digital, as infrastructure, skills and standby strategies to breathe life into it were not domesticated yet.

In this context, nearly 60 per cent of men and 75 per cent of women are working within informal lines of the economy, thus—they were not digitized and still most of them work offline, so to speak.

There were wins in some parts of Africa, and digitization showed strength. According to the International Monetary Fund (IMF) nations like Rwanda—where robots delivered food and medication and monitored patients and Nigeria’s provision of free electronic-consultation services helped patients get tested in real-time, proved how vital digital technologies can be in saving lives and ease tensions amid disasters.

The pandemic was not entirely a disadvantage phenomenon in Africa from a critical thinking perspective; rather it was a wakeup call.

The scenario highlighted what was needed in the region and what causes problems along the digitalization lines. For starters, reliable internet connections and electricity—which currently is not reliable across the continent, come first, the lack of which meant that many students missed virtual lessons, while mid-level businesses lost the ability to sell their goods virtually.

The pandemic showed how Africa needs to be swift in switching to full-digital mode. In East Africa, Rwanda had some significant strides in letting digital tech take over, in health and service delivery [of items and other necessities such as medications and food].

In Tanzania, food delivery services such as Food Sasa, Kupatana, and other social media-based services showed how crucial it is for communities to be flexible and adopt digital services.

What is the digital backbone for Africa?

At this stage, several things have to be set clear and understood well, so that each step taken towards digitalization of Africa stands firm and relevant. In this context, it is crucial to expound further on what makes something digital and digitized.

According to research firm, Infomineo—there is confusion around communities that needs to be addressed, particularly in Africa where it will drive the quest for digitization well provided it is well-oriented and focused.

Digitalization means that available digital technologies are being used to change business models with a view to driving revenues and value-producing opportunities (Gartner IT Glossary).

At the same time, digitization points towards the deliberate change of operations from analogous to digital means.

Africa’s $2.5 trillion GDP could rise even higher if the real potential of digital technologies in this information and technology era is utilized effectively. This brings all actors to the table, particularly those unprivileged ones to be included in the digitalization pool.

In substantiating that scenario, according to an IMF survey of policy responses to the pandemic suggests that countries in the region able to switch to partial telework arrangements by mid-May 2020 had greater internet access (28 per cent of the population) compared to non–telework countries (17 per cent).

These facts beg the question: can a community be digitized and yet lag in digitalization? In that case, it is quite valid to accommodate the fact that this could be a possibility, as nationals in Tanzania, Kenya, Uganda, and Burundi own decent Itel and Tecno smartphones with abilities to operate complex operations far better than feature phones yet despite the availability of such technologies, there is still an inadequacy of healthy and relevant digitalization trends occurring across the region.

Further, in the same vein, mobile download speeds in the region are on average, more than three times slower than in the rest of the world, according to IMF’s June publication, Digitalizing Sub-Saharan Africa: Hopes and Hurdles.

“Affordability remains a lingering obstacle to adoption as the cost of accessing digital technologies remains high relative to incomes,” reads the IMF publication.

For the record, Africa is doing a fairly significant job in internalizing and domesticating the digitalization demand as the 21-century commands.

Kenya and Cameroon, instituted electronic services, e-Passport agency in Cameroon and eCitizen portal for Kenya, with the intention to deliver government services at all times, showing how digitization can customize needed services and offer communities with valuable outputs at the end of the line.

This can be substantiated by the IMF, which argues that digitalization is advancing fast in the financial sector, as some countries (including Tanzania, Kenya, Rwanda and Uganda) lead in mobile money transactions—money transactions as a share of GDP average close to 25 per cent, against just 5 per cent in the rest of the world.

”According to IMF research, expanding internet access in sub-Saharan Africa by an extra 10 per cent of the population could increase real per capita GDP growth by 1 to 4 percentage points,” the publication reads.

The internet sector stands to garner nearly $300 billion a year to Africa’s GDP by 2025, if the region can effectively transform economic bloodline sectors such as agriculture, retail and health care, according to a 2013 Mckinsey report, “Lions go digital”.

With a variety of research on yield enhances and climatic factors for better food security, digitalization brings valuable data on weather and crop management, adding value to other specialized farm inputs such as drone farmland survey and e-Market services.

Digitalization of financial services will not only favour financial inclusion but create Africa’s niche within fintech, especially within the domestication of the African Continental Free Trade Area (AfCFTA).

Africa has its pathway towards digitalization and it is just a matter of time for all pieces to settle together and form a unified mission towards a sustainable digitized Africa.

Also Read:Africa’s Digital Economy Projected To Grow To $180 Billion By 2025