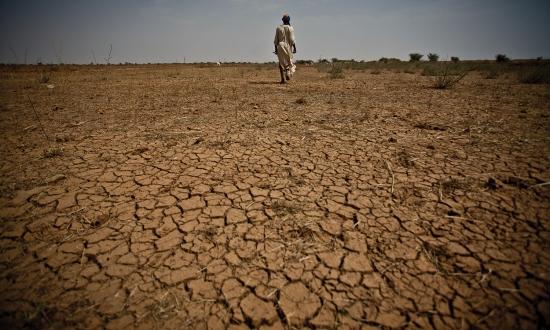 Debilitating effects of climate change on the continent. Source: the United Nations

Potential presidential elect, Joe Biden, took to Twitter to express his administration’s desire to rejoin the Paris climate agreement as soon as he gets into office. The announcement comes on the heels of the official exit of the US from the agreement. While Trump announced his exit from the agreement years ago, the actual process took much longer. 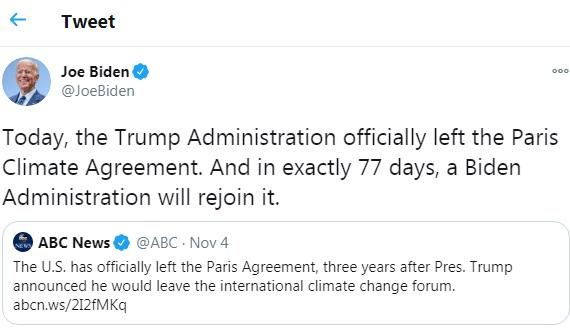 As part of his campaign, the Democratic candidate submitted a plan involving $1.7 trillion costs to see the US becoming a net-zero carbon emitter by 2050. The US is currently the second-largest emitter of carbon in the world

What is the Paris Climate Agreement?

To keep global warming on the planet below 1.5 °C, emissions of carbon around the world have to go down to net-zero by 2050. According to the Intergovernmental Panel on Climate Change (IPCC), even a 0.5°C increase in temperature could lead to devastating effects such as droughts, rising sea levels, heatwaves, and changing rainfall patterns. These catastrophic changes in the climate have dire consequences on populations, economies and could potentially make the world as we know it inhabitable.

For this reason, The Paris Climate Agreement was born. World leaders agreed to take the bull by the horns and take initiatives at an individual country level to drive down emissions to reach the targeted 1.5°C 2050. For this to be achieved countries would have to foot costs involved in going green, disrupting the traditional industry in the process.

Why is it important to Africa?

Africa bears the brunt of climate change even though its emission levels are a far cry from those in the developed world. The agreement is crucial for the continent as reducing climate emission and could slow down the negative effects of climate change. As the continent relies heavily on climate-related economic activities, the importance of the agreement can not be understated. This is especially true for rural Africa where people depend solely on agriculture and subsistence farming.

Is the US significant to the Paris Climate agreement?

As alluded to earlier, the US is the second-largest emitter of carbon after China. Its re-entry into the accord would spell renewed hope in achieving a significant reduction in carbon emissions, thereby reducing the effects of climate change.