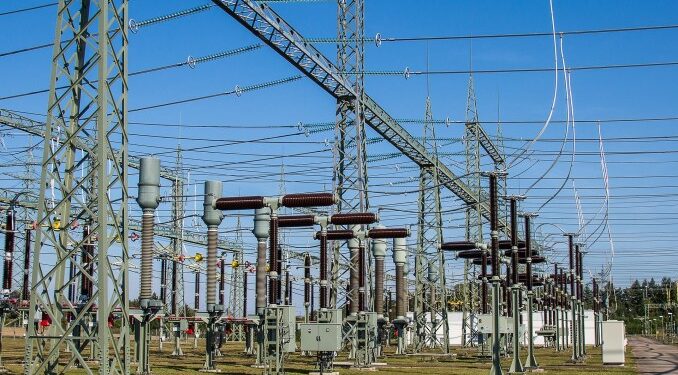 The energy sector was abuzz with activity in 2021

by Wanjiku Njugunah
in Africa, Energy
0
Share on FacebookShare on LinkedIn

Africa is the world’s least electrified continent, with nearly 600 million people in sub-Saharan Africa or 53 per cent of the population still living in the dark in 2021, according to data by The Economist.

In pursuit of bringing about electrification to the continent, the energy sector was abuzz with activity in 2021. Below are some of the most significant electrification projects that have been ongoing in Africa in the past year.

The project is being undertaken with the support of the African Development Bank (AfDB), which in 2015 extended a US$100 million and a US$13 million grant from the European Union’s Africa Infrastructure Trust Fund.  The project falls under the Uganda Rural Electricity Access Project.

The 2021 Electricity Regulatory Index, an annual report by AfDB, covered 43 countries, up from 36 in the previous edition, and assessed their impact on performing their electricity sectors.

In June 2021, the World Bank Board approved US$200 million in International Development Association (IDA) funding to help Benin improve its access to electricity services for households, businesses, and essential public services.

The World Bank revealed that about 2,000km of medium voltage lines and 4,000km of low voltage lines would be constructed or rehabilitated and 80,000 kVA of transformers installed in 1,100 localities.  At the same time, at least 20,000 streetlights would also be installed in the project’s targeted areas.

The Bank statistics indicated that the project would impact more than 150,000 households, 1,000 small and medium-sized enterprises and 500 basic public services will be connected to the grid.

”This operation is in line with the results of the Geospatial Indicative Electrification Planning Study completed in November 2020, which shows that by 2025, approximately 91 per cent of Benin’s population would live within seven kilometers of the grid,” World Bank stated.

In December 2021, the government of Zambia announced that it had entered into a partnership with the US government to support widespread electrification and economic development in rural communities in Zambia.

The project will be implemented through the US Agency for International Development (USAID), which signed an agreement with the National Rural Electric Cooperative Association (NRECA) International.

According to USAID, the US$5.3 million Zambia Electric Cooperative Development Programme is part of the Zambian government’s initiative to achieve universal electricity access by 2030.

The US government will provide technical assistance through NRECA to Zambian communities to form electric cooperatives.

In September 2021, the US government awarded a technical assistance grant to Algeria’s transmission system operator to modernise its electricity grid.

The $588,100 in US government assistance would also help GRTE develop an automated distribution control system to allow it to integrate renewable energy from solar and wind sources into its grid.  This system would increase the efficiency of GRTE’s grid while strengthening its management of Algeria’s distributed power generation resources.

In July 2021, the board of directors of the African Development Bank Group approved two grants worth US$83.6 million to boost cross-border trade in electricity between Ethiopia and Djibouti and to deepen integration in the Horn of Africa sub-region.

According to the AfDB, the project’s completion is expected to increase Ethiopia’s power export revenue while also boosting Djibouti’s access to reliable and affordable clean electricity, lowering costs to below $0.10 per kWh.

Other expected impacts in Djibouti include a more conducive environment for businesses, job creation for youth, and lower greenhouse gas emissions.

The company said it had installed 96 SG 2.6-114 wind turbines for the renewable power generation company Lekela through a turnkey engineering, procurement, and construction (EPC) contract.

Siemens Gamesa said it would provide long-term maintenance through a 15-year service agreement.

The wind farm is now fully operational for the Egyptian Electricity Transmission Company and the New and Renewable Energy Authority. It is the first renewable energy project in Egypt to be energised through a 220 kV Gas Insulated Substation (GIS) developed by Siemens Energy. It is highly reliable and requires a minimal amount of maintenance.

The milestone was significant because the company had surpassed a target of 2,750 meters. The project was KenGen’s second of eight geothermal wells it had been contracted to drill for the state-owned electricity producer, Ethiopia Electric Power Company.

KenGen said the first drilling would take about two months to complete, even as the company sought to export the expertise and experience earned in Olkaria, Naivasha where the company has successfully drilled about 320 geothermal wells.