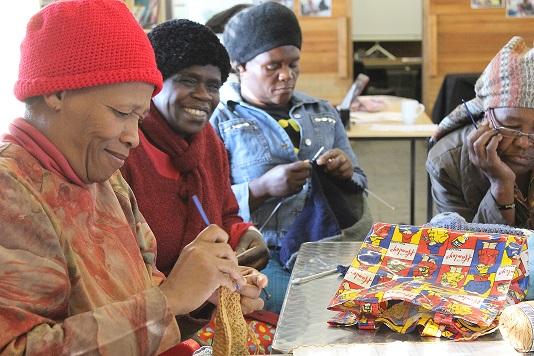 Women make up the bulk of the informal sector

Why women are central to the Africa we want

by Evelyn Shumba
in Africa, Africa's Development, Premium
0
Share on FacebookShare on LinkedIn

In 2013, the African Union penned the Agenda 2063 policy meant to revolutionize Africa into a formidable powerhouse among global players.

Key pillars of the policy include a thrust toward poverty eradication and sustainable development. The key to the achievement of this policy and any other that promotes Africa’s future lies in transforming the economic fortunes of its people.

Africa’s population is on a growth trajectory and is expected to double by 2025.One of the most significant challenges that the continent faces addresses the critical issue of absorbing these large numbers into meaningful income-generating opportunities. 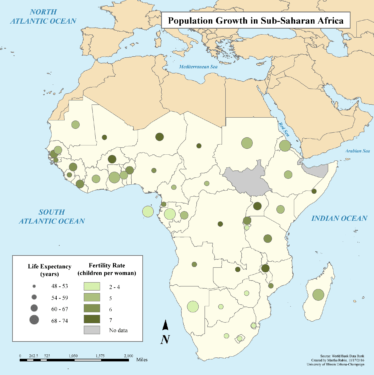 Currently, the employment gap vis-à-vis the growing employable population is widening. This is in part due to the coronavirus pandemic that created a situation of dwindling demand in labor after lockdowns and travel restrictions. Also, the current education gap creates a lack of access to education as well as skills training among employable youth.  As a result, a growing informal sector has taken root on the continent to make up for the lack of employment opportunities.

While this informal sector has managed to cushion livelihoods on a diminutive scale, it remains inadequate for pushing a transformative agenda forward.

This raises the question of what can be done to thrust African economies forward so that the Africa we want can become something more than just a pipedream on paper.

As more policies are put in place to realize this success, a glaring missing link is addressing how women can fit into the context of this economic agenda.

Women-owned SMEs account for close to a third of formally registered businesses on the continent. This is significant given that small enterprises are responsible for over 90% of economic activity.

Further, adding up the number of women involved in informal sector operations, women make a sizeable contribution to the overall gross domestic product as well as individual livelihoods.

In addition, women are less likely to have access to bank accounts and mobile money apps. Additionally, agriculture production on female-owned pieces of land is 30% lower than on male-owned plots.   In most cases, women-owned SMEs are usually smaller than those owned by men. This can also be traced back to the myriad of challenges that women face.

The role of women in actualizing the Africa we want

Women are an economic force to contend with. It is commonplace in most African communities to find that women are the strategists and visionaries of most economic issues in households and communities. Their role remains unsung because, in most instances, such decision-making is only behind closed doors and remains so.

In addition, gender equality and initiatives to bring women into mainstream roles have not addressed the structural challenges that exist. The challenges are mostly attributable to cultural, religious, and traditional beliefs that continue to perpetuate inequality.

The majority of women are involved in informal sector activity. Through cultural norms, women are hindered from fully participating in economic activities on a large scale.

In addition, women mostly carry the burden of caregiving for families and, as such, were heavily affected by the restrictions due to the Covid-19 pandemic.

Towards Africa we want

To address these challenges calls for concerted efforts from all stakeholders to transform further the economic standpoint of women. In business and in every sphere of life, women have the potential, given the right support, to transform livelihoods and economic output.

One of the significant challenges women face is the lack of adequate information and training to run a business successfully. This can be blamed partly on the traditional gender divide that promotes the education of boys over their female compatriots; as such women approach business from the point of disadvantage. Investing in business incubation programs is an essential first step in addressing these challenges. Through practical training, women will get the required know-how to transform their businesses into more extensive scale operations.

Women-owned businesses and informal sector operations face significant challenges due to social and cultural norms. In several cases, women in business are construed in community circles as being of loose morals and generally frowned upon by society. Further, gender roles in the context of marriage allow a dominant approach by the male counterpart, which often involves control over business finances, which in some cases results in the failure of the business to take off.

Additionally, young girls are not encouraged to have visions of building businesses and empires, as are their male counterparts.

It is therefore vital for community education programs that promote the role of women in mainstream economic policies in order to shift mindsets about how far women are expected to go in the economic environment.

A lack of mentors is also another challenge that businesswomen have to contend with. Not many women have success stories that paint a picture of what women can achieve. The ones that do often don’t speak out about their success. Additionally, stereotypes limit women’s success stories to areas of beauty and fashion. As such, a focus on mentorship programs that strive to perpetuate a shift on stereotypical perceptions as well as provide a reference point for women are essential in changing the narrative to promote women-owned businesses.

A focus on skills building as opposed to the traditional education system that, in most cases, takes a long to complete could help capacitate women-owned businesses. For example, a curriculum that completes a six-year education program within three years and leaves room for skills capacitation is a step in the right direction. The products of this system would not only be capacitated for business but will also have a solid educational background which increases the chances of success.

Additionally, facilitating women’s access to education that integrates skills building and vocational trades cements not only their future but has the potential of generational benefits of raising girls from a state of poverty and disadvantage to one of empowerment and economic well-being.

Further, encouraging the future generations of girls to shift from traditional women-dominated professions and take up traditionally male-dominated ones in science, technology, engineering, and mathematics (STEM) education will narrow the earning gap for women who choose STEM careers, break down gender stereotypes and also encourage more women to take up careers in these hitherto male-dominated fields.

The future is digital; as such redirecting women towards education and business opportunities in this arena should be an area of focus.

Transforming the lives of women is an enormous stride towards changing the fortunes of the continent.

As the saying goes, educate a woman, you educate a nation. It is imperative that economic gender mainstreaming is prioritized beyond conferences and signatures. For indeed women are the bedrock upon which Africa’s economic rise can be built.

Rewriting the Story: Towards Agenda 2063

Solving Energy Crises Is The Bridge To An African Revival