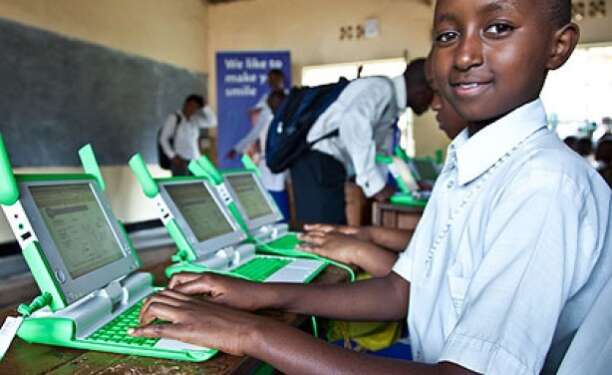 by Padili Mikomangwa
in Africa, Business, Premium
0
Share on FacebookShare on LinkedIn

In 2019, 9 per cent of the GDP in Africa was contributed by mobile technologies and services. This means the mobile industry in Africa is fueling sound growth and social impact necessary for acquiring sustainable economic growth.

The world is interconnected and it is getting seamlessly interconnected by the hour each day. This means the more you get digitally connected the more knowledgeable, wealthy and creative you become, to say the least.

This scenario is manifesting itself across developing countries, especially in Sub-Saharan Africa, where ingenious innovations are made in Rwanda, Kenya, Uganda, South Africa and Tanzania, featuring seamless use of online platforms to learn, earn a living and access services.

Also, in terms of numbers, an International Finance Corporation (IFC) analysis indicated that in 2020, the continent’s internet economy (iGDP) may contribute nearly $115 billion to Africa’s $2.554 trillion GDP—which is 4.5 per cent of total GDP.

Hence, as this internet economy pillar gets noticed to add $180 billion to GDP by 2025, there are still a few hurdles to be removed, limiting utilization of the digital era effectively.

According to worldwide mobile operators’ body, GSMA, nearly a quarter of Sub-Saharan Africa live beyond broadband coverage, compared to 7 per cent globally.

The global pandemic, COVID-19 has levitated the demand and development of mobile technologies and service like no other period in African history. The entire sphere of the economy demands upgraded and custom-made mobile tech that can save time, simplify work and utilize present resources.

In Sub-Saharan Africa one in four people resides far beyond broadband coverage, which means three are restricted from accessing their internet economy share, within work, healthcare, social networks or goods and services.

The joint study by the World Bank and the GSMA in Nigeria—Africa’s top economy and one of digital economy’s vibrant markets—found out mobile broadband improved welfare.

“Its effects were larger for those households that were exposed a longer period of time to areas with a broadband signal” WEF argued.  So it is to say, the more you surf, the more you earn.

The hotbed of reality is how to utilize broadband coverage to lift the economies of Africans.

READ:Nigeria to benefit from a $732 million Broadband Project

GSMA 2020 report Mobile Economy Sub-Saharan Africa, showed that by 2019, 272 million people had internet access via phones; that number is predicted to rise to 475 in 2025.

Hence, the expansion of mobile broadband stands to enrich the continent greatly as it influences and it is the point of digital access in the ‘youngest’ continent on the planet.  “For every 100 people in the region, there were 34 active mobile broadband subscriptions in 2017, compared to just 0.4 for fixed broadband,” WEF noted.

The state-of-the-art connectivity which will spread to other nations (Gabon, Uganda, Nigeria and Kenya) is intended to bridge the gap in fixed broadband connectivity for homes and businesses (GSMA 2020).

More importantly, broadband coverage has a significant social and economic value in Africa. WEF argues that little is known on the vitality of mobile broadband internet in helping people improve their welfare and lifting them out of poverty.

“Most rigorous studies that exist today focus on the impact of cellphones (2G technology) in specific areas, such as agricultural markets, or for mobile money. While such research has been useful to highlight some of the positive impacts of cellphones, it seldom investigates mobile internet (3G and 4G) and whether it has a causal impact on welfare and poverty reduction,” the publication noted.

Following these findings, WEF argued that—lack of high-quality, lengthy and sufficiently granular data is one of them. Secondly, the effect can work in both directions: individuals who use mobile broadband may already have higher levels of well-being than those who do not use it.

In that context, there are underlying reasons from other stakeholders such as GSMA, arguing that, “With significant unused 4G capacity and 4G adoption still relatively low, the focus in the near term for operators and other stakeholders is to increase 4G uptake. This will involve strategies to make 4G devices more affordable and the provision of relevant digital content to drive demand for enhanced connectivity services”.

By 2025, there will be just under 30 million mobile 5G connections in Sub-Saharan Africa, equivalent to almost 3 per cent of total mobile connections.

The joint study on mobile broadband impact on poverty reduction in Nigeria utilized the country’s household survey data for 2010 to 2016 that revealed interesting findings.

By comparing over time the consumption and poverty status of households that gained coverage of mobile broadband with those who had not yet gained coverage, the study found two things.

First, that mobile broadband improved welfare and secondly its effects were larger for households that were exposed to a longer period to areas with a broadband signal.

“Specifically, after a year or more of mobile broadband coverage, the total consumption of households studied increased by about 6 per cent. After two years of coverage, this rate increased to 8 per cent,” WEF elaborated on the study findings.

“Extreme poverty for these households declined by about 4 percentage points after one year of gaining mobile broadband coverage; and about 7 percentage points after two or more years of coverage (at the $1.90 per day poverty line). This corresponds to lifting approximately 2.5 million people out of extreme poverty in the country. The welfare effects were particularly pronounced for rural households. These results attest to the critical role that mobile broadband plays in poverty reduction in Nigeria, and potentially more broadly across Africa,” WEF cited.

The study aligned its recommendations with industry-related suggestions towards improving connectivity in the region. Policy actions for digital sustainability are key whereby supporting mobile broadband networks in rural and remote areas is essential to domesticate mobile technologies and service but bridge the digital divide at the same time.

Making broadband connections affordable is of paramount importance to ensure all deserved groups get it.