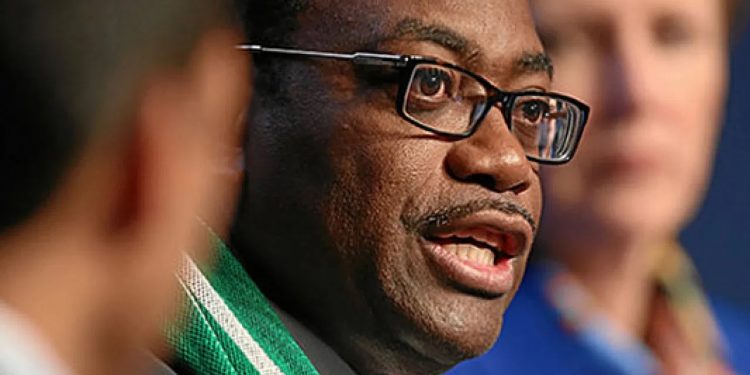 By mid this year, a lot was going on in Africa especially with the covid-19 pandemic which was eclipsing many other issues on the continent no matter the importance.

One of the topics was a full-blown tussle at the African Development Bank (AfDB) over the replacement of President Dr Akinwumi A. Adesina who was seeking reelection. The US wanted Adesina out of the multilateral development finance institution which has an 80-country membership, 54 of which are African nations.

The 26 non-regional member countries are primarily from Europe, America and Asia.

Allegations of corruption were threatening to end the high flying banker’s career. The US was using “impunity and bad governance” as the reasons why Adesina had to leave the bank. The accusations, however, were from unnamed employees calling themselves the “Group of Concerned Staff Members of the AfDB” who were claiming that Adesina used the AfDB’s resources for self-promotion and personal gain.

In addition, the banker was accused of paying out huge and undeserved severance packages to staff who resigned mysteriously, a move which favoured his fellow Nigerians, especially.

But now, Adesina has been re-elected the Bank’s president and the US is seemingly toothless in this case.

The US is the Bank’s second-largest shareholder and the country’s Treasury Secretary Steve Mnuchin had personally signed a letter to the AfDB board rejecting an internal investigation clearing Adesina.

Barbara Barungi, the Bank’s former lead economist on Nigeria said that Mnuchin’s move was significant since it cast a limelight on governance issues and the integrity of the AfDB.

Speaking to the BBC in May, Barungi added that very few people were willing to stick their necks out in the case facing Adesina.

On Thursday last week, Adesina was unanimously re-elected by the Board of Governors to serve a second five-year term as the Bank’s president.

The globally renowned development economist and a World Food Prize Laureate and Sunhak Peace Prize Laureate has distinguished himself in driving a bold agenda to reform the Bank and accelerate Africa’s development. He was first elected as President of the Bank on May 28, 2015.

As newly re-elected President, the former Nigerian Minister of Agriculture will begin his new term on September 1, 2020.

The election took place on the final day of the 2020 Annual Meetings of the Bank with the results giving him a hundred per cent of votes of all regional and non-regional members of the Bank.

Due to the prevailing health precautions, the election was held virtually for the first time in the Bank’s history.

Adesina’s first term focused on the bold new agenda for the Bank Group based on five development priorities known as the High 5s: Light up and Power Africa; Feed Africa; Industrialize Africa; Integrate Africa; and Improve the Quality of Life for the People of Africa.

The Bank has maintained its AAA-ratings by all major global credit rating agencies for five years in a row. The Board of Governors of the Bank Group approved a 125 per cent increase in the General Capital of the Bank, raising its capital from US$93 billion to US$208 billion, the largest in the history of the Bank.

The African Development Fund received a US$7.6 billion pledge from donors, a 32 per cent increase, for support to low-income countries and fragile states. The Bank was ranked the 4th most transparent institution globally by Publish What You Fund, bolstering its strong governance credentials for transparency and accountability.

Under Adesina’s leadership, the AfDB’s Board of Directors approved a US$10 billion facility to support African countries to address the covid-19 pandemic. The Bank also launched a US$3 billion covid-19 social bond on the global capital markets, the highest US dollar-denominated social bond ever in world history, which is listed on the London Stock Exchange, Luxembourg Stock Exchange and NASDAQ.

Adesina said, “I am deeply grateful for the collective trust, strong confidence and support of our shareholders for electing me for a second term as President. It is yet another call for selfless service to Africa and the African Development Bank, to which I will passionately devote myself.”

While the election may have been uneventful, there is still so much more that lies hidden from the public with the US desire to see Adesina out creating many conspiracy theories.

Among these theories are geopolitics and control which the US has to wrestle from the Chinese, with whom Adesina is said to be comfortable in bed. Others include American interests in the African agricultural sector whose independence through increased productivity would render many American companies uncompetitive on the continent.

Whatever the case, the Bank is and should first be African-interests first while others come later.

Having bagged the second term, is this the time that Adesina will prove wrong the naysayers?

Is the pandemic a blessing in disguise for real estate?