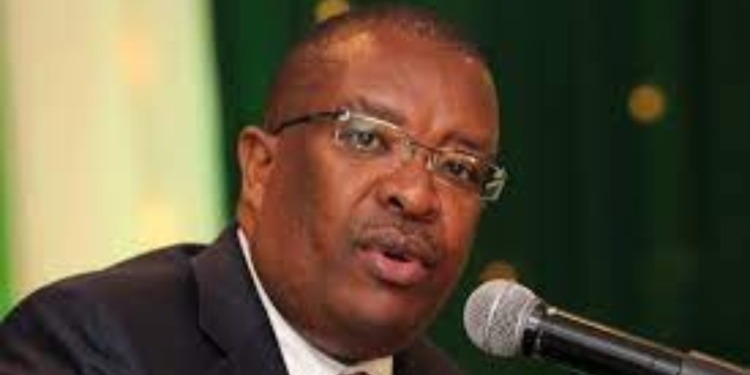 The EMEA Finance Awards recognises corporate leaders and financial institutions which, through their client focus and sound leadership.

The Group Managing Director and CEO of Co-operative Bank Gideon Muriuki has been named Best Bank CEO in
Africa at this year’s African Banking Awards organised by EMEA Finance.

According to the award’s organizers, the EMEA Finance Awards recognises corporate leaders and financial institutions which, through their client focus and sound leadership, continue to increase profitability, deliver
affordable credit to the retail and wholesale markets, and support local and transnational corporations do business.

This year’s awards had a unique perspective in light of the Covid-19 pandemic, for which the Co-op Bank Group CEO was recognised for implementing key strategies to address challenges facing both businesses and households.

Muriuki was recognised for the bold decision to sustain the payment of dividends to shareholders despite Covid-19, which offered a critical relief and most timely support to the over 15 million-member Cooperative movement.

In addition, the award recognised the decision by the Group CEO not to push for staff retrenchment and opting to retain full staff complement during the Pandemic.

To manage the disruption caused by the pandemic, the bank undertook a deep analysis to identify inefficiencies, which were resolved through redeployment of staff and other resources.

The awards also recognised the successful acquisition and stabilisation of Jamii Bora Bank (renamed Kingdom Bank) as it offered much-needed stability to the local financial sector.

In addition to the Best Bank CEO in Africa award to Muriuki, the EMEA Awards also awarded the Best Bank in Kenya Award to the Co-operative Bank, and the Best Asset Manager award to Co-opTrust Investment Services Limited, a wholly-owned subsidiary of Co-op Bank.

With Kshs 181billion in assets under management, Co-op Trust is one of the largest and most successful locally-owned asset management firms in Kenya.

The award comes months after the bank announced its first half of the year results, where it registered a 1.8 per cent year on year rise in its Earnings Per Share to Sh1.25.

The earnings were inclusive of Kingdom Bank (formerly Jamii Bora Bank) which it acquired in 3Q20.

During the period, Kingdom Bank posted Profit After Tax of Sh275 million, mostly attributable to other income.

The period also saw the bank’s Loan loss provisions climb 123 per cent to Sh4.2 billion with Profit Before tax coming in 8 per cent year on year higher to Sh10.4 billion.

Profit After Tax was up 1.8 per cent due to the lower effective tax, as lower tax rates were applicable in the prior period as part of the government Covid-19 pandemic related tax reliefs.

Profit before impairment came in 26.6 per cent year on year, higher to Sh14.6 billion, robust performance for the period.

The underlying performance was boosted by Total Operating Income: as such, Net Interest Income grew and Non-Interest Revenue, both registered impressive performance.

Overall, Non-funded to Total Income notched slightly higher to 35.4 per cent compared to 34.3 per cent in the previous period.