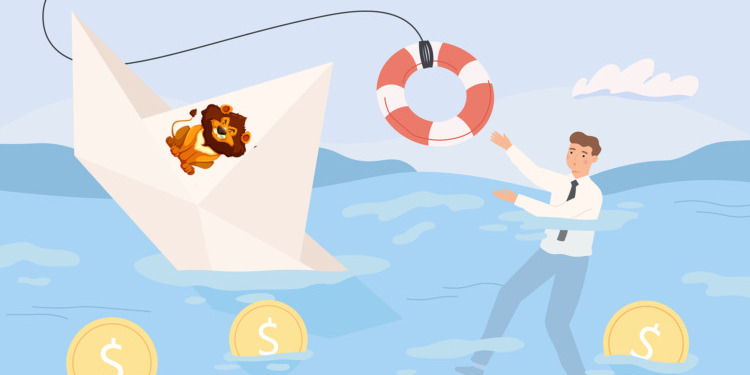 As Atlas Mara is facing financial constraints, can the firm ensure it can repay the depositors across Africa, should it go belly-up? What happens to all those African depositors if the company defaults?

by The Exchange
in Banking
0
Share on FacebookShare on LinkedIn

Billed as Africa’s largest financial institution in the mid-2010s, the story of Atlas Mara is as intriguing as the money it was said to control at that time.

Sometime in 2016, the financial institution wanted to buy Barclays Bank’s Africa’s assets, adding to the lustre the company had at the time. Established just three years earlier in 2013, Atlas Mara struggled to establish itself as a major player in Sub-Saharan Africa’s (SSA) financial sector. 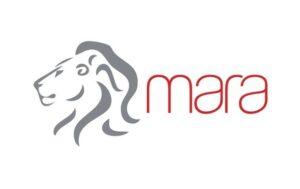 The company was founded by the then-proclaimed Ugandan billionaire Ashish Thakkar but four years later, he left the entity after a divorce case which exposed that he used to buff his net worth. In the October 2016 court proceedings in London, Thakkar said he was worth only about US$540,000 claiming that he owned nothing in the Mara Group.

This pronouncement, unbeknown to him, made investors in the firm jittery which led the company on a downward trajectory.

Fast forward to 2021 and the Atlas Mara struggles to seem to have intensified. It appears as though the investment house has lost 95% shareholder value since listing and there are several unanswered questions.

In what could be plausible is that the company is struggling with liquidity, many investors are in the dark as to the company’s financial standing and particularly the independence of the Atlas Mara management team and board on the disposal of its assets. The same executive management team that led Atlas Mara into its current challenging situation seems to be its saviours as well.  The latest dealings at the Atlas Mara entity are also questionable including the non-payment of creditors.

Some credit investors like TLG and Norsad who are owed US$10M each and remain unpaid have already taken legal action against the company and its subsidiaries in Botswana.

Atlas Mara claims that most of its creditors support the restructuring process but the question that lingers is why Atlas Mara did not pay these lenders when their loans came due. This inability, or refusal to pay could be an indicator that Atlas Mara is insolvent, begging the question of its status as a fit and proper entity as it is holding banks in Africa and is responsible for millions of depositors and customers in various countries across the region.

While Atlas Mara is disposing of assets in Africa, nothing is smooth sailing. At the height of the Covid-19 pandemic in June 2020, the company lost a potential deal with Kenya’s banking giant, the Equity Group Holdings (EGH) that withdrew from pursuing the acquisition of Atlas Mara’s African subsidiaries.

Co-founded by former Barclays boss Bob Diamond, who was also the then Atlas Mara’s CEO until February 2019, the London Stock Exchange-listed company was disposing of a 62 per cent stake in Banque Populaire du Rwanda (BPR), and all of its subsidiaries in Tanzania, Zambia and Mozambique (BancABC).

In return, Atlas Mara was to obtain 252.2 million shares valued at an estimated US$105.4 million. This represented a 6.3 per cent equity stake in Equity Group at the time.

EGH claimed that the pandemic led to halting negotiations in a statement that was issued by Atlas Mara. However, EGH then bought Banque Commerciale du Congo (BCDC) in August 2020 for $95m.  The Atlas Mara group had to get an alternative for their disposal plan. Currently, the process of disposal is still ongoing, and Atlas Mara has announced a sale of its banks in Mozambique, Rwanda, Tanzania, and Botswana.

These high operational costs of Atlas Mara have been regularly scrutinised by analysts, but nothing has been done about them. As a result, in 2019 and 2020, the entity recorded US$141m and $57m in losses respectively.

Atlas Mara was launched with strong ambitions, but it seems to have had a rally of accumulated disappointments. There is no end in sight to the dwindling fortunes of the company which now could be at the mercy of New York-based hedge funds like UBS O’Connor.

In December 2020, suffering from liquidity issues, Atlas Mara entered a US$26m new money financing arrangement with UBS O’Connor, where 40 per cent of the new monies were used to repurchase shares in Atlas Mara held by UBS O’Connor. Interestingly no other shareholder was afforded the same privilege as UBS O’Connor. Instead of using the new monies to settle creditors like TLG and Norsad who were unwilling to enter a standstill and restructuring agreement, the board of Atlas Mara utilised the funds to repurchase shares from UBS O’Connor even as the company could not meet its interest payments. In it of itself, this transaction constituted a preference for UBS O’Connor– which could very well be illegal under BVI law, where Atlas Mara is registered.

Moreover, at the same time as the share buyback for UBS O’Connor in Dec 2020, Atlas Mara seems to have requested all creditors to enter into a standstill agreement and pause all their rights on interest and principal repayment. Such arrangements are a clear indication of the dire financial situation of the group. By using new monies raised to transform an equity position of UBS O’Connor into a secured creditor status, makes for very odd reading in any part of the world and seems to be conjured up by those who have graduated from the “Abraaj School of Economics”.

Interestingly, while Atlas Mara was requesting all creditors to enter the standstill agreement, the most significant shareholder of the business, Helios Fairfax, sold its entire 42.3% stake in Atlas Mara to Fairfax Financial for $40m in December 2020. Since acquiring the company, Fairfax Financial has not put any capital into the business. Why buy a business in which you are not going to put any capital, and is literally under the process of voluntary liquidation? There are many questions on these shareholder transactions of UBS O’Connor and Fairfax Financial that remain unanswered.

More importantly, neither Fairfax Financial nor UBS O’Connor would countenance these sorts of financial transactions in the USA, Canada and Europe where the regulators and wider public would not be so accommodating. With such notable creditors such as the Development Finance Corporation (DFC- USA), Export Development Canada (EDC-Canada) and Afreximbank, these venerable and high-profile institutions should be wary of any attempt by Atlas Mara management, board and key shareholders to engage in any untoward practices.

The whole situation should be highly concerning for the depositors and banking regimes in Africa. If there is a bank run, where will Atlas Mara find the liquidity to support the depositors in Africa? Will depositors be asked to enter a standstill for Fairfax Financial and UBS O’Connor to structure beneficial deals for themselves? It seems that key Atlas Mara shareholders and debt holders are only concerned about architecting a strong exit for their own pockets.

Given the collapse of Abraaj and the financial irregularities that exposed governance and transparency issues across the firm, Atlas Mara management, board and stakeholders have a duty to shareholders, regulators, depositors, and creditors to ensure that Atlas Mara is capitalised properly, settles its outstanding obligations, and ensure proper governance is applied to all transactions, particularly those that allow certain players like UBS O’Connor to benefit at the expense of others.

The way some of these transactions have been reported to the press and the corresponding lack of information is very similar to the failure of Abraaj and its eventual demise.

As Atlas Mara continues to be mired in financial issues, co-founder Bob Diamond has raised $750M in SPACs for his other ventures in the past 12 months. However, he remains one of the five directors at Atlas Mara. How can Bob Diamond voluntarily liquidate Atlas Mara fairly when he has other new ventures to focus on? Additionally, Michael Wilkerson, the chairman of Atlas Mara since 2019, is also the executive vice-chairman of the largest creditor of Atlas Mara (Helios Fairfax). As Atlas Mara floundered with creditor obligations, Mr. Wilkerson presided as $55M of loans given to Atlas Mara by Helios Fairfax were guaranteed by Fairfax Financial. It would appear that no other creditor received those guarantees.

It is now a matter of time before the truth about Atlas Mara’s financial dealings and possible improprieties come to light. These dealings may tarnish the image for Africa. Global investors surely would look at the (potential) failure of Atlas Mara and blame Africa for it. In fact, the failure perhaps should be due to companies like Fairfax Financial, UBS O’Connor, and the directors sitting in New York.

Banking regulators across the region should take note and recognise the potential contagion risk that might occur when these transactions are brought to light.

We have reached out to the Atlas Mara to respond to these fears but for almost a month, we have waited for a response that has not been forthcoming. Now that these questions are being asked publicly by us, we hope that in the best interest of Africans and investors in Atlas Mara, the entity will come out and responsibly assuage these fears. Africa cannot afford an Abraaj 2.0.